From solo Patrols to Grandmaster Nightfalls.

A Warlock’s arsenal in Destiny 2 can bring healing and buffs from Well of Radiance or pack sheer damage with Chaos Reach and Nova Bomb, making this a class you’ll want on your side for basically any activity. Warlocks also have a variety of builds that work well in challenging content, so odds are you’ll find at least one Warlock on your team in most high-level activities.

Here are the best Warlock builds in Destiny 2 if you’re looking to raid, do challenging content, or just want to roam around the maps.

Stasis + Eye of Another World

If you ran a Grandmaster Nightfall in the past couple of seasons, then odds are you had at least one of those on the team. Shadebinder is a strong class for high-end content and it capitalizes on the crowd control from Bleak Watcher. This build was seen to some capacity soon after the Aspect was released during Season of the Chosen, though content creator Aztecross’ video on the build helped catapult it into popularity.

Bleak Watcher converts a Warlock’s grenade into a homing Stasis turret that automatically shoots and freezes enemies, offering invaluable crowd control for Grandmaster Nightfalls. It will also freeze Champions, stopping the teleport on Overload Champions and even stopping Barrier Champions from putting up their shields. 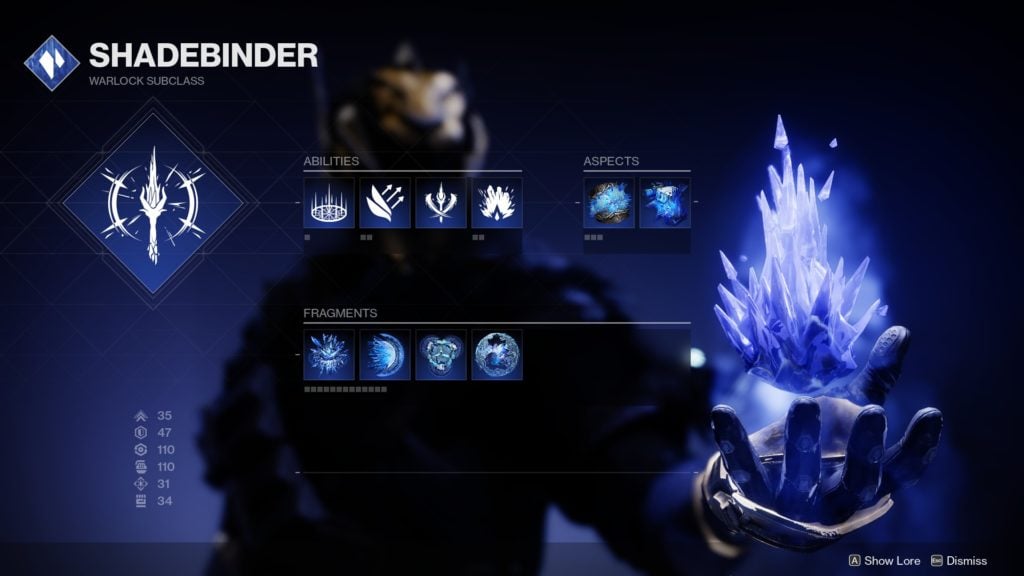 Add to that the Winter’s Wrath Super, which also lets players freeze enemies, and you’ve got a juggernaut of a build that focuses on keeping enemies still and unable to attack. Place a turret in key points (such as hallways, chokes, or even behind enemy lines) to freeze them and make room for your team. If you really want to not get shot at, you can also use a grenade launcher with Blinding Grenades. If your enemies aren’t frozen, they’ll be blinded, leaving them ripe for the taking.

Eye of Another World capitalizes on Bleak Watcher’s crowd control by increasing its uptime and reducing its cooldown, meaning you can (and should) have a turret up often. The boost from Eye of Another World works even if your Discipline skill is at 100. And with how this build goes, you’ll want to bring that (and Recovery) to the maximum. 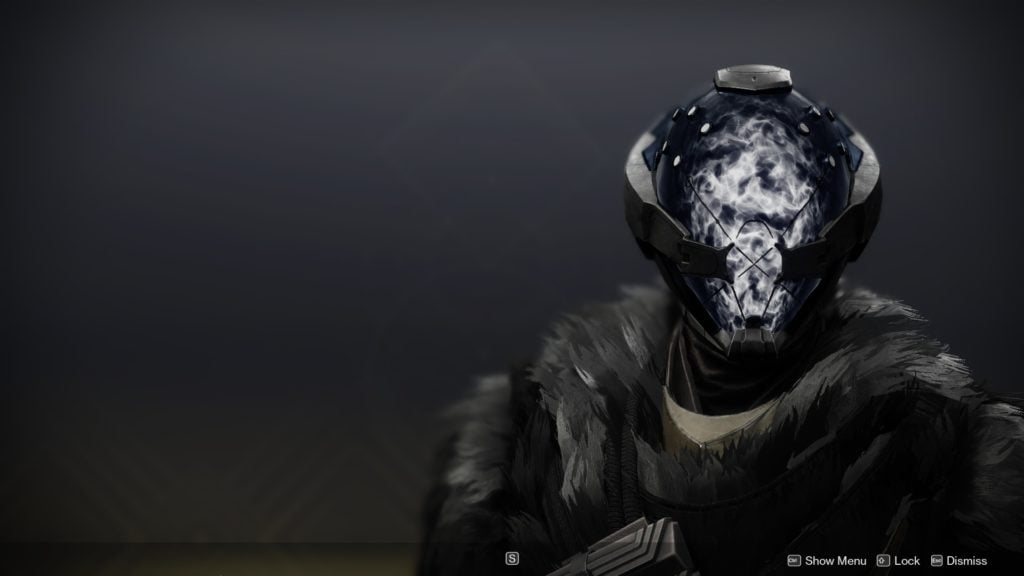 Bleak Watcher is a must-have as far as Aspects go and Iceflare Bolts makes for a good choice in the other Aspect slot. For Fragments, Whisper of Durance is extremely beneficial for increasing Bleak Watcher’s duration. The others are up to personal preference, though Whisper of Torment (receiving grenade energy when damaged) or Whisper of Fissures (extra damage and size shatter from killing frozen targets) could do well. You could also pick the Fragments that give you stat bonuses.

Getting shot at without dying (or without dying as much in Grandmaster Nightfalls) is evidently an invaluable ability. Well of Radiance gives a team just that, with a hefty damage bonus while inside the area. It’s almost a must for boss phases in raids and it certainly has its share of utility in higher-level content. If you need to clear an area with lots of enemies or champions in a fairly safe way, then drop a Well of Radiance and stay inside its radius. As a bonus, the subclass’ healing grenades let you top off an ally’s health or shields or just grant yourself some extra survivability when peeking or running to or from cover. 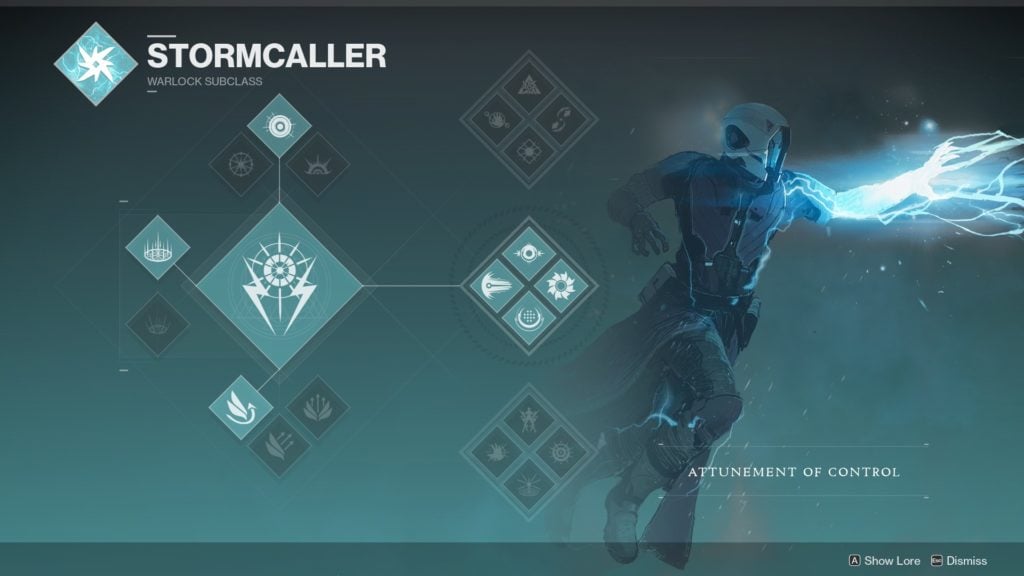 Running Chaos Reach and Geomags is the offensive Warlock’s take on the Well/Phoenix Protocol combo. Chaos Reach is excellent at bursting down Champions and can do valuable damage to bosses, particularly in Grandmasters.

Geomag Stabilizers extend the duration of Chaos Reach when dealing damage with the Super, increasing your uptime and damage output. Before the nerf, guardians could top off their Super by sprinting if their energy was around 80 to 85 percent, but Bungie removed that aspect during the same patch that nerfed Phoenix Protocol. Chaos Reach is still one of the best Warlock Supers, however, and odds are you’ll find some of those in your raids or GMs.

Devour is one of the simplest and most straightforward Warlock builds. It’s comfortable and simple, especially if you’ve just started playing Warlock or Destiny 2 in general. It’ll get you through most content easily, though its utility falls off strongly in Master or Grandmaster Nightfalls. It also comes with Nova Bomb as a Super, which helps you deal with sturdier enemies.

When running Attunement of Hunger (bottom tree Void), you can consume your grenade to get a 10-second buff called Devour. When it’s active, killing any enemy will refill your health, grant you some grenade energy, and refill the buff back to 10 seconds. This means you can continue unleashing shots or even grenades without risking much and makes for an amazing way to clean lower-level mobs. 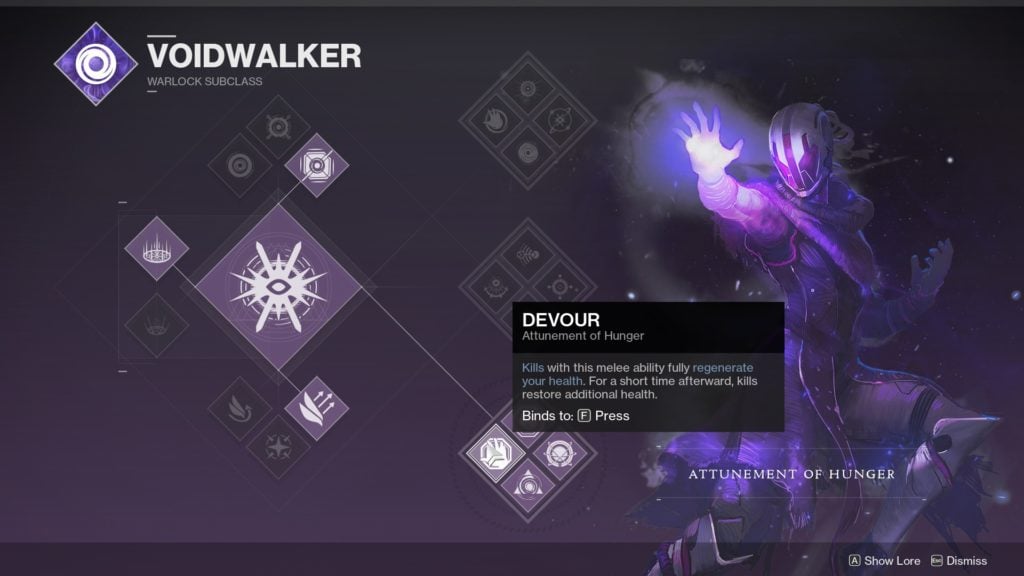 Devour Warlocks have a tremendous amount of survivability in normal content. If it’s not a Master or Grandmaster, then odds are you’ll be able to survive fairly long on your own. It doesn’t require Nezarec’s to function as a build, either, though the helmet does help. 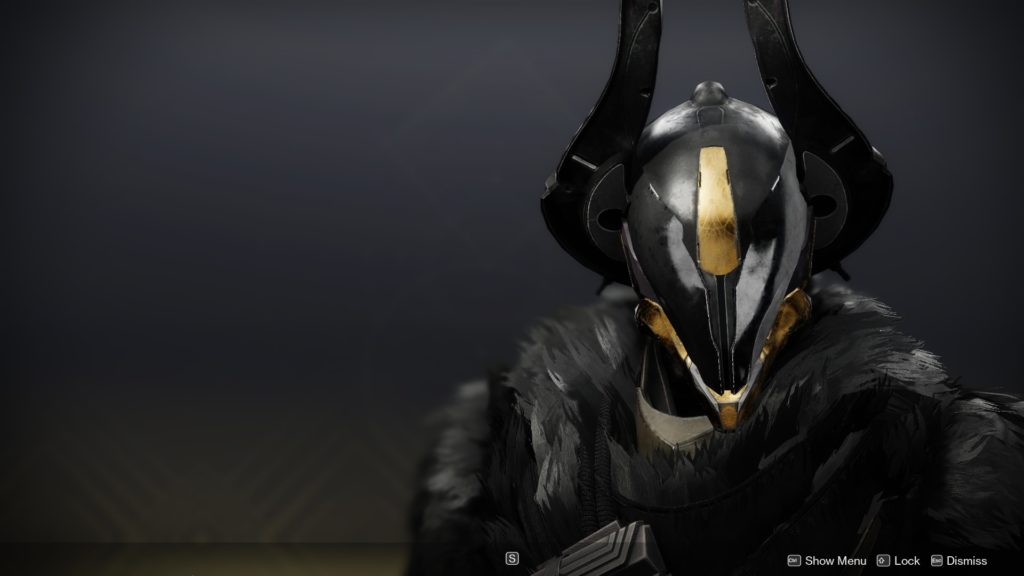 Nezarec’s Sin grants extra ability regeneration when killing enemies with Void damage. Void grenades count, but Void damage on your weapons also activates the buff. Running Devour with Nezarec’s and a Void weapon that has the Demolitionist perk will grant the best results, but Devour also works on its own.

This build may not be the most common sight, but it certainly works. Content creator Esoterickk used it to solo Grandmaster Proving Grounds in Season of the Splicer and it packs a fair share of firepower. Attunement of Chaos (top tree Void) lets you charge up a grenade for more damage and Contraverse Hold reduces damage taken and gives extra grenade energy on a hit. The result leads to grenades that pack a punch, paired with a hard-hitting Nova Bomb and the Warlock’s usual Rift ability.

Latest comments
No comments yet
Why not be the first to comment?
Featured news
Destiny 222 days ago

How to get the Fourth Horseman in Destiny 2

How to get the Heir Apparent Catalyst in Destiny 2

How to get Heir Apparent in Destiny 2