Best Star Wars games to play on May the 4th

Celebrate the fun holiday with one of these titles.

May the 4th is just another day for many people, but Star Wars fans know it as ‘May the 4th Be With You,’ celebrating one of the most popular media franchises of all time. Star Wars has engulfed sci-fi fans for over 40 years, and there have been countless video games providing fun experiences set in the Star Wars universe. 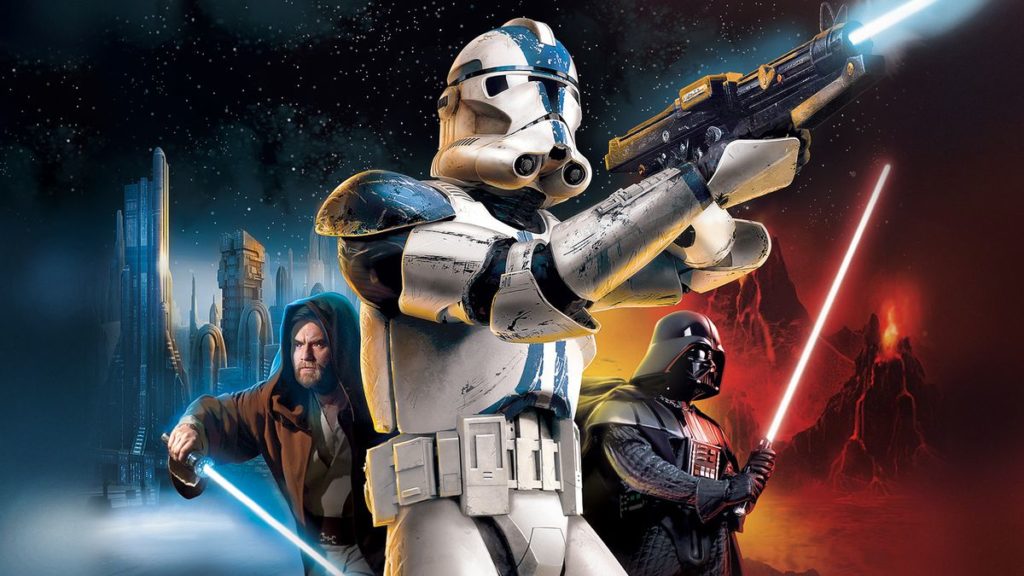 Star Wars Battlefront II is one of the most popular Star Wars games of all time for good reason. The highly anticipated sequel to the end original Battlefront was released in 2005 and provided the same Star Wars twist on Battlefield gameplay. Players can participate in massive battles and firefights across 24 maps, including space battles. Battlefront II also allows players to control iconic Star Wars characters, like Luke Skywalker, Darth Vadar, and Han Solo.

EA somehow failed to capitalize on the Battlefront IP with its two most recent releases, leaving a sour taste in the mouths of fans. But the original two games are still shining examples of what the series should be, and revisiting the second game in the series is never a bad idea.

There are very few game genres where Star Wars hasnt made an appearance. Rogue Squadron gave fans a chance to enjoy an arcade-style flight action game where they could pilot some of the most exciting ships in Star Wars lore. The game puts players in the cockpit of Rogue Squadron, a talented group of the best pilots from the Rebel Alliance. Players participate in several missions set between A New Hope and the Empire Strikes Back, taking place on notable planets like Tatooine and Corellia, and the final mission offers a fun glimpse into a post-empire world where Rogue Squadron must defeat a new version of the empire.

Rogue Squadron is over 20 years old with two sequels, but the charm of the original game cannot be overlooked. If you have a Nintendo 64 and a copy of the Rogue Squadron, consider booting it up to take a trip down memory lane. 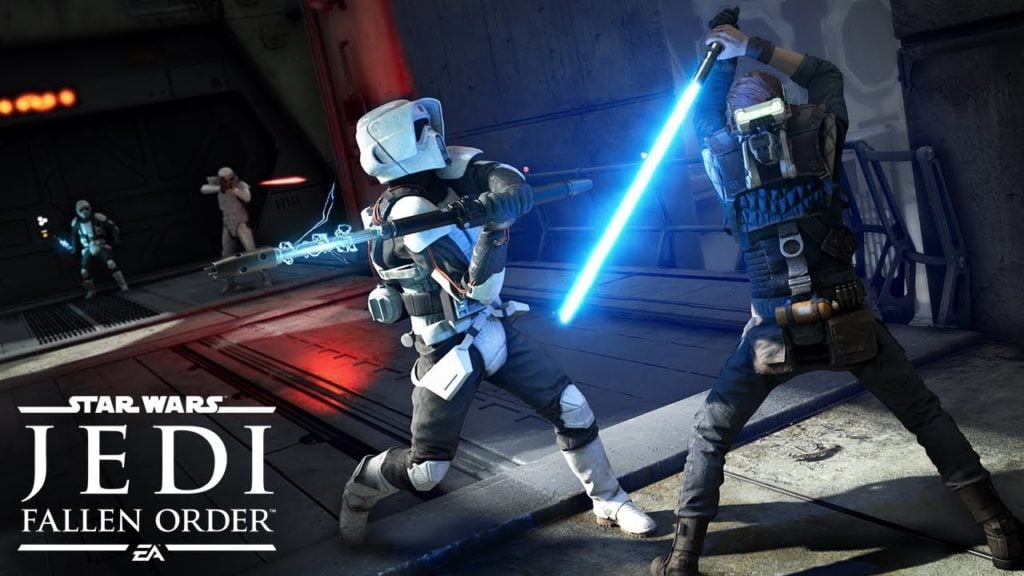 Whats better than a Soulsbourne game? A Star Wars-inspired SoulsBourne game. Fallen Order might not be an exact replica of Dark Souls, but it has the same tedious combat with tricky enemies and boss fights. It also has large open worlds to explore and an excellent story set five years after Revenge of the Sith.

Fallen Order is an excellent game any Star Wars fan will enjoy. The combat is forgiving enough that most players will succeed with a bit of practice. It also features a welcomed cameo from a prominent character from Rogue One, and a BD droid recently appeared in The Book of Boba Fett, giving fans hope Cal and BD-1 could make an appearance in a show or movie. If you havent experienced Fallen Order, do yourself a favor and dive into it today.

The Phantom Menace is a controversial movie among Star Wars fans, but no one can deny how awesome the pod racing was. Episode I: Racer gave fans a chance to enjoy racing through deadly worlds for themselves, and it was a surprisingly fun racing game.

Episode I: Racer featured significant customization options allowing fans to fine-tune their podracer. It also had a fun multiplayer mode allowing fans to race their friends and family across several different maps. A sequel was released in 2002, but the original game is more worthy of a revisit. Remember, your racer can be destroyed, so think twice before ramming your opponents off the track. 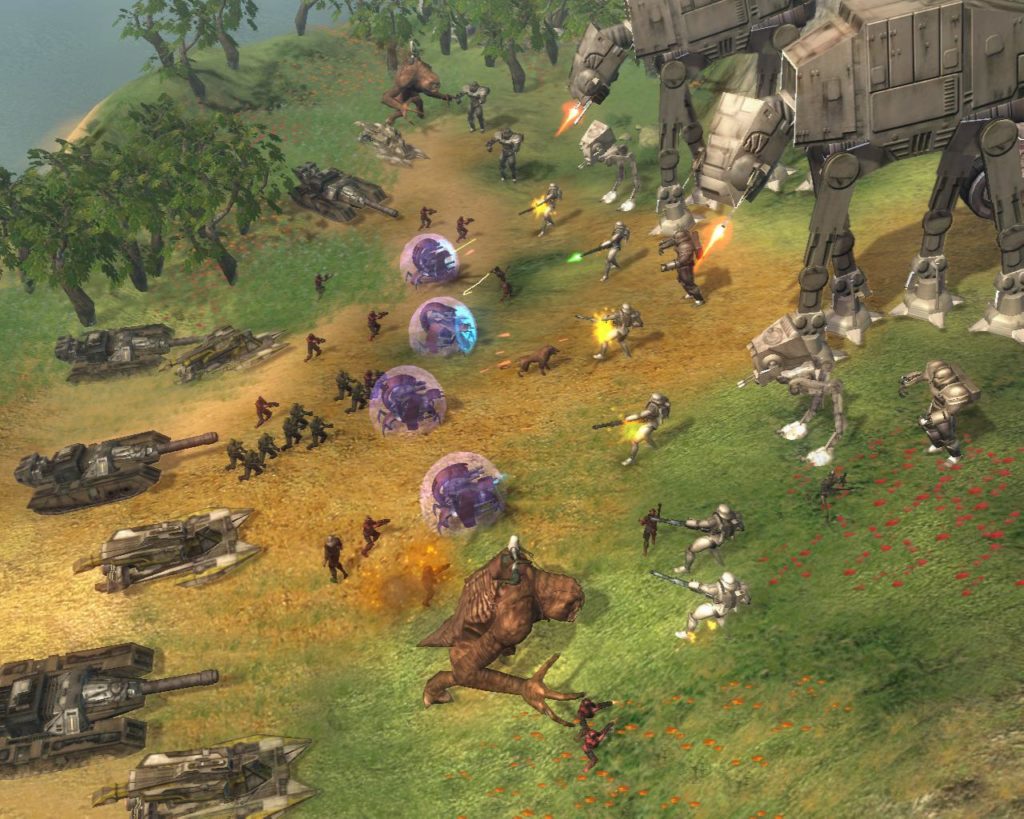 A galaxy at war is the perfect setting for a real-time strategy game, and Star Wars: Empire at War allowed players to live their fantasies as a general controlling the Rebel Alliance or the Empire in massive battles. Players must defeat their opponents in space and on various planets to ensure their faction control the galaxy.

Any RTS fans should consider diving into Empire at War as it is still availabe on Steam. You can also battle other players, and the game holds up remarkably well for its age.

The clone troopers are one of the most interesting factions in Star Wars, and Republic Commando puts players in the shoes of Delta Squad, a special ops unit, during the Clone Wars. A tactical first-person shooter isnt the first genre that jumps out when you think of Star Wars, but Republic Commando features smooth gameplay with a surprisingly well-rounded story.

Players can issue orders to their squadmates, allowing them to approach situations or missions as they see fit. The missions take place alongside some of the more notable events during the Clone Wars, like the Battle of Geonosis and the Battle of Kashyyyk. Experiencing these events through the eyes of a clone is an exciting and welcomed addition.

Republic Commandos gameplay might be dated, but new versions on the Nintendo Switch and PlayStation 4 make it more accessible. The game is also relatively short, so you have no excuse not to play through this excellent title.

Star Wars: Knights of the Old Republic is considered one of the best RPGs of all time. BioWare, the developers behind notable series like Mass Effect and Dragon Age, did an excellent job with the Star Wars IP, and a highly-anticpated remake is currently in development.

KOTR takes place 4,000 years before the Galatic Empire took control of the galaxy, giving players a glimpse at a much older conflict. Fans can choose between three classes and earn light side or dark side points based on their decisions, ultimately deciding their alignment with the Force. The games ending also changes based on your choices, providing one of the best Star Wars experiences of all time.

Knights of the Old Republic is often considered one of the best Star Wars games for a reason and is the perfect game to sink your teeth into on this fun holiday. It’s still available on multiple platforms, or you can also wait until the remake releases to experience this essential Star Wars title.

The Skywalker Saga is the latest entry in the Lego Star Wars series, allowing fans to enjoy the complete Star Wars story in one place. This game includes the original trilogy, the prequel trilogy, and the most recent Star Wars trilogy. Notable spin-off movies like Rogue One arent included, but there is still enough content to keep you entertained.

This game lets players experience iconic moments from the nine main movies with a fun Lego twist. You can also enjoy a massive roster of characters, adding another level of fun.

Some might argue older Lego Star Wars titles are better, but this is the most recent and readily available. Being a recent game also makes it more accessible, especially compared to older titles on this list.