Get ready to unlock better cards for your decks as you reach pool two in Marvel Snap.

Marvel Snap has several similarities to other online card games, such as mana mechanics and power in its cards. However, without a doubt, one of its biggest differences is in the way players acquire new cards.

Instead of buying cards for real money or using repeating cards to create new ones, Marvel Snap players acquire new cards by increasing their collection level. Upgrading the rarity of cards in players’ collections requires using credits and card boosters. While booster packs are obtained using cards during matches, credits are obtainable in several different ways.

Related: How to get cards in Marvel Snap

In addition to this mechanic of acquiring new cards, players always receive the same cards between certain collection levels. This tries to ensure a balance between players of similar collection levels. Between Collection Levels 222 and 474, players began receiving cards from the second set, which currently represent one of the most impactful collections and power upgrades.

As is to be expected, when compared to each other, certain cards will perform much better given the average of different decks. So while some cards may be staples in certain strategies, let’s look at their individual power and impact.

The eight best cards from pool two in Marvel Snap

There are 25 cards in Marvel Snap pool two, and the cards listed here represent major strengths for many decks, whether representing an overall impact or on their respective archetypes. Cards not listed here can be used a lot in specific strategies or have much better options with similar functions. 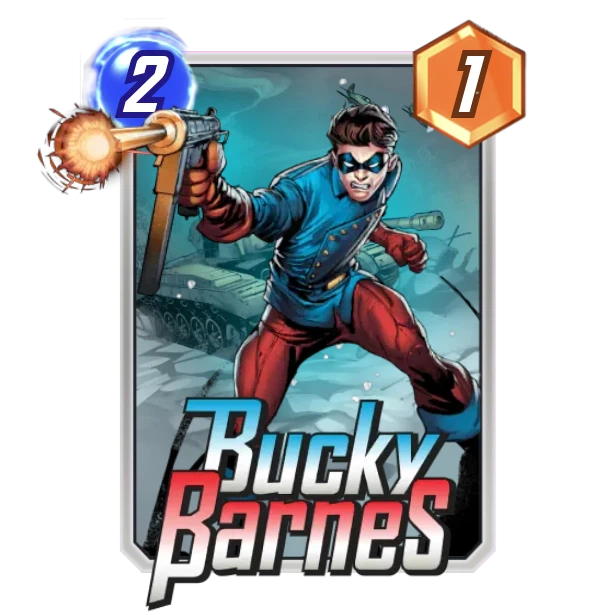 A two-cost card with one power and the following ability: “When this is destroyed, create the Winter Soldier in its place.”

A great addition to the destroy strategy found since pool one with the Carnage and Nova combo, Bucky Barnes is one of the best cards in the game to be destroyed, gaining a lot of value after activating its ability. With the addition of cards like Venom and Destroyer, it’s a card worth building a deck around it. 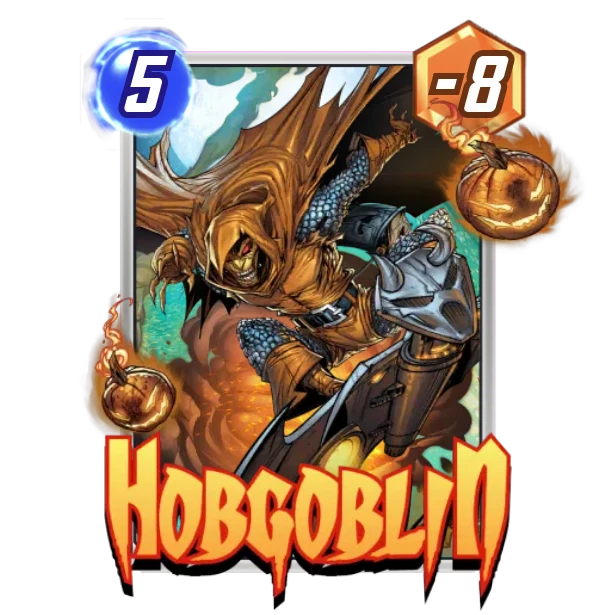 A five-cost card with eight minus power and the following ability: “On Reveal: Your opponent gains control of this.”

One of a card’s greatest individual efficiencies is hindering the opponent. Practically any deck can have cards with negative effects on the opponent, and Hobgoblin does just that. Despite its high cost, the power reduction it can represent for the enemy can turn the game’s tide, especially when played in locations where the enemy needs every slot. Its version present in pool three, Green Goblin, can be more versatile, but until then this card is very powerful. 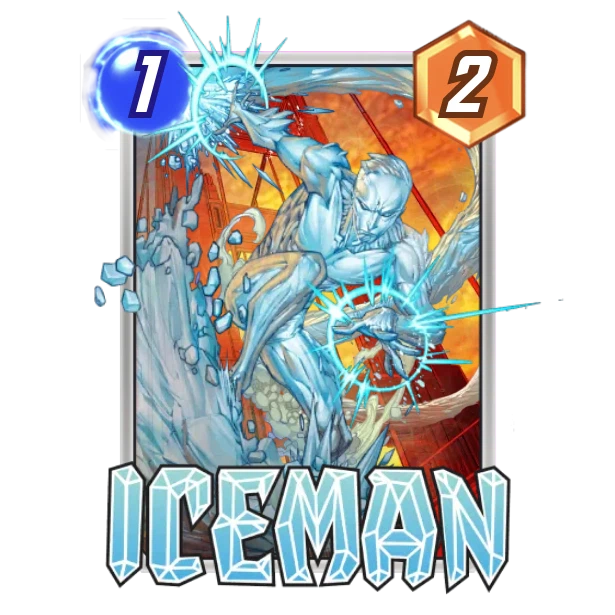 A one-cost card with minus eight-two power and the following ability: “On Reveal: Give a random card in your opponent’s hand +1 cost (maximum 6).”

A low-cost card that you can play early in the game may seem like a little problem at first, but with the restricted number of cards in each deck, the cost increase can represent a big change in the opponent’s strategy, especially hitting cards that need to be played on specific turns. 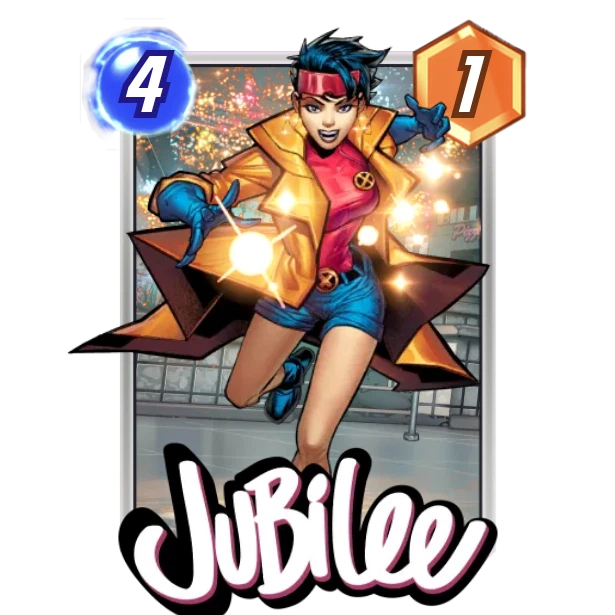 A four-cost card with one power and the following ability: “On Reveal: Play a card from your deck at this location.”

A card with a powerful ability capable of winning games. Its brilliance is greatest in decks with several high-cost cards, and its value only increases when players reach pool three and have access to many synergies that increase its potential. 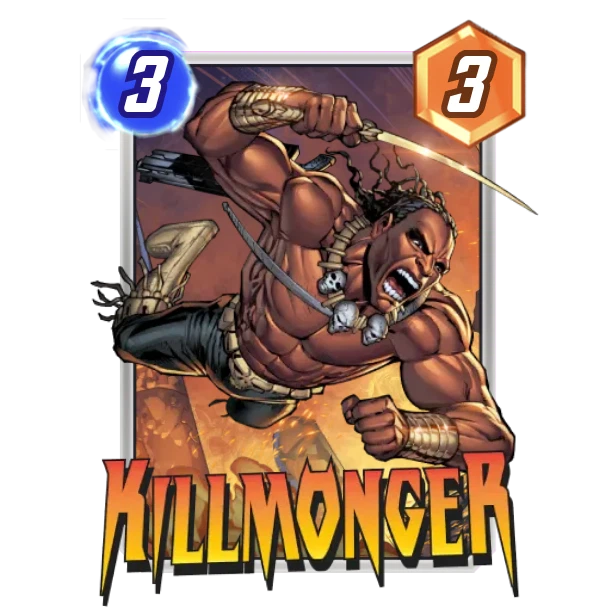 A three-cost card with three power and the following ability: “On Reveal: Destroy ALL one-cost cards.”

Players who manage to get Killmonger early in their collection level will find it an answer to the many Kazoo decks coming from pool one. Three power at the cost of three energy is an acceptable value, but destroying your opponent’s cards has an even greater value and having a place in decks with the destroy strategy. 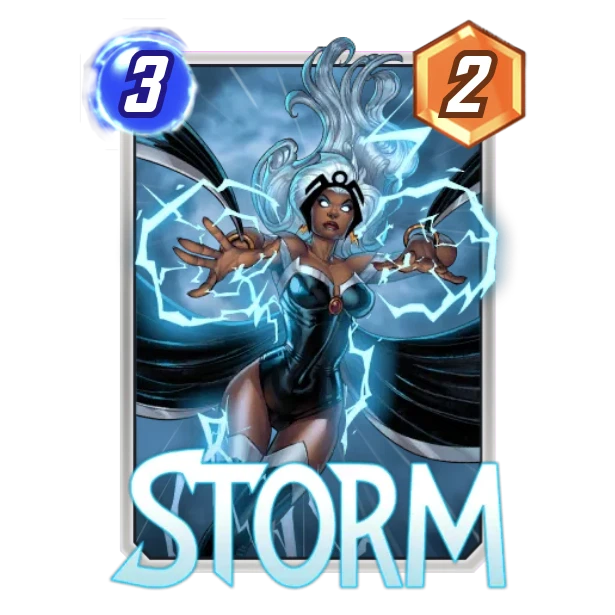 A three-cost card with two power and the following ability: “On Reveal: Flood this location. Next turn is the last turn cards can be played here.”

Storm’s ability allows for valuable interactions like throwing Jessica Jones or Jubilee into the flooded location, granting a value your opponent may not be prepared to respond to. In addition, it is a good answer to face decks that want to fill the board with as many units as possible. 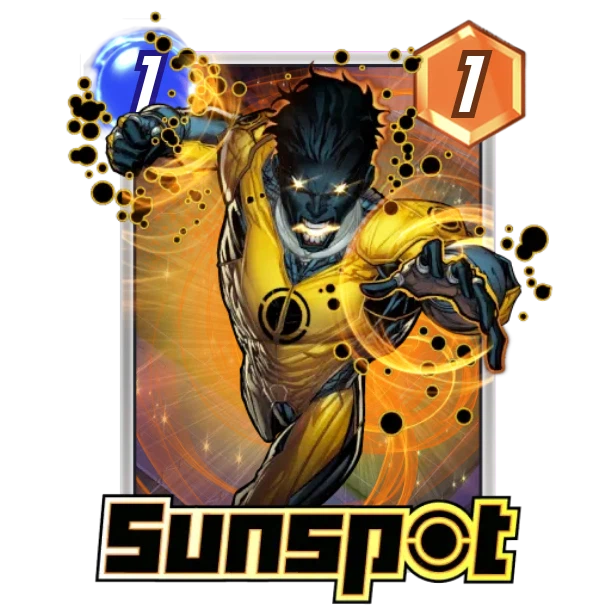 A one-cost card with one power and the following ability: “At the end of each turn, gain +1 Power for each unspent Energy.”

The ability to use energy received each turn more versatile is extremely valuable. When there are no cards to play in any given turn, energy is not wasted and instead increases Sunspot’s power, keeping him relevant until the final rounds of the game. In addition, he presents a great synergy with The Infinaut, reducing the drawback effect of skipping a turn to be able to play it from the hand. 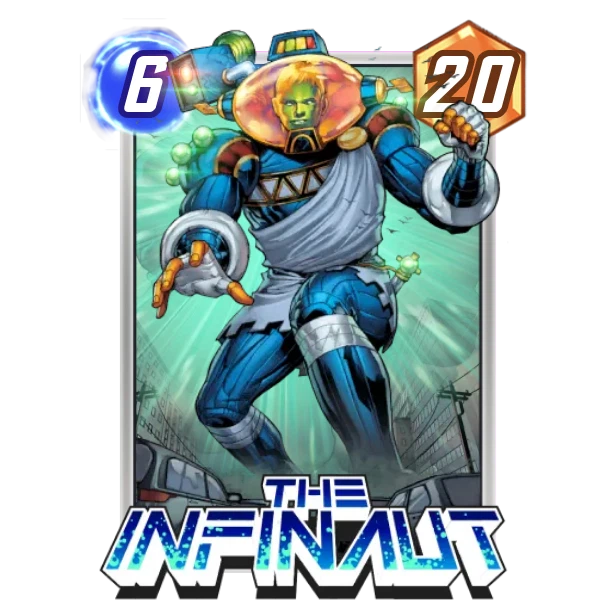 A six-cost card with 20 power and the following ability: “If you played a card last turn, you can’t play this.”

A card with 20 power can make all the difference during a contest and few cards have such a high power value individually. Even though skipping the previous turn might seem really bad, some cards help mitigate this effect, such as a combo from Sunspot on turn one, Jessica Jones on turn four, and The Infinaut on turn six. Also, the possibility of playing The Infinaut with the Jubilee effect is something so strong that it feels like cheating.

Players will unlock some of these pool two cards as they progress through their collection levels. This list should help you know which cards are most worth adding to your decks as opponents also upgrade their decks.

Latest comments
No comments yet
Why not be the first to comment?
Featured news
Generala day ago

All award winners for the Game Awards 2022 by category