Among the extensive weapon variety in PUBG, few players prioritize Pistols over firearms like Assault Rifles, DMRs, and Sniper Rifles. That’s not to say Pistols are bad in PUBGthey’re just more of an afterthought. Still, side-arms can be the difference-maker out on the Battlegrounds, and it’s important to recognize which pistols to favor. Pistols make for a ton of fun in PUBG, especially during close-quarter combat. Attachments like the Suppressor can encourage stealth-like playstyle, while the Extended Magazine can turn the Deagle into a miniature DMR.

Here are the best Pistols in PUBG, taking into account versatility, rate of fire, recoil control, and situational value. 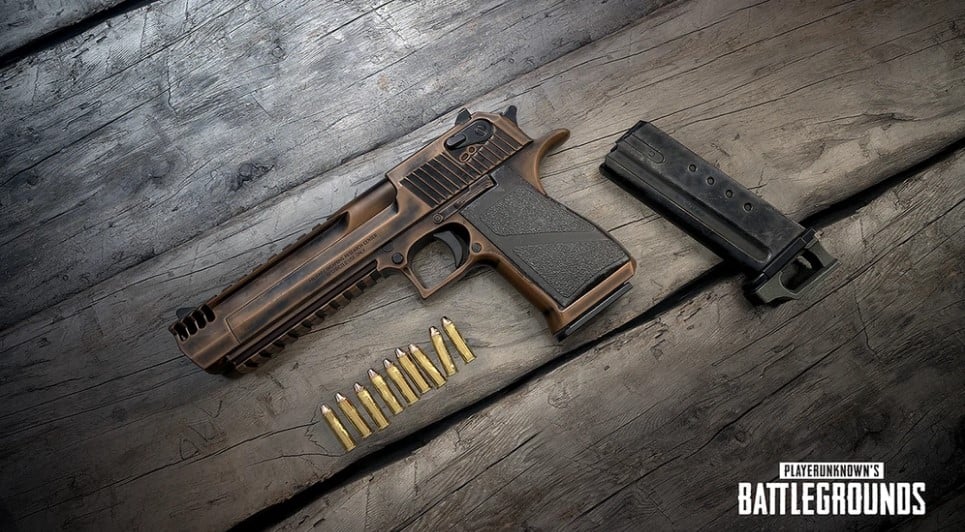 Commonly known as the Desert Eagle, the Deagle is a high damage, up-close-and-personal kind of firearm. It’s incredibly powerful, which helps explain its high muzzle recoil and velocity. Each shot kicks the pistol back dramatically, making the Deagle a tough weapon to land shots accurately with. However, when you do manage to hit your shots, the Deagle makes quick work of enemies who might mistake its stopping power for a DMR or Assault Rifleit packs that big of a punch. For instance, the Deagle can take down a player wearing a Level 3 helmet with 2 well-placed headshots. A few must-have attachments include the Red Dot or Holographic Sight, Extended Mag, and Lazer Sight for improved hip firing capability. 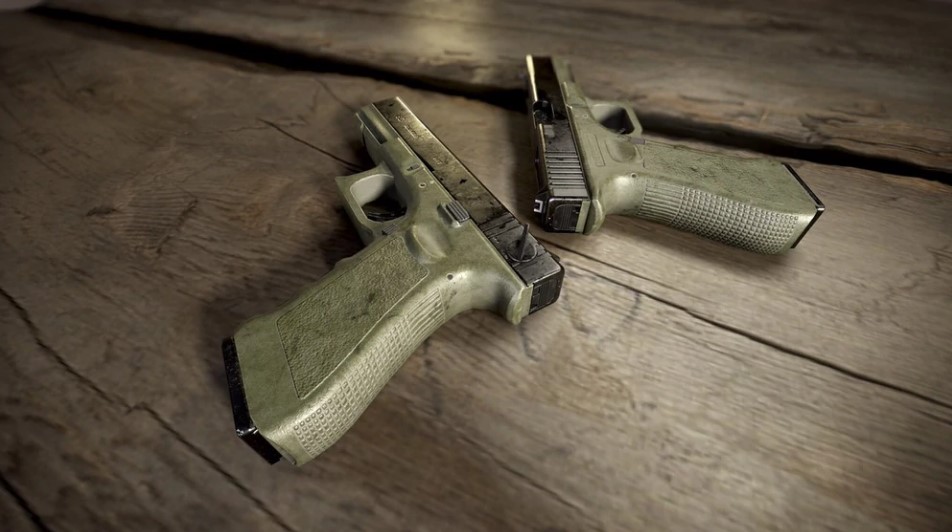 The P18C is an automatic pistol, comparable to submachine guns in terms of rate of fire and utility. Because of this, it features the lowest damage among all pistols in PUBG. In terms of putting a full magazine downrange in a hurry, the P18C is the handgun for the job, shining brightly in close-range encounters like inside buildings or narrow corridors. Rate of fire this high means recoil to match, so pulling down while firing in full auto is recommended. The P18C is unsuitable for long-range fights, but makes for a solid secondary pistol when the occasion calls for it. For full-auto goodness, the P18C impresses, making for an enjoyable sidearm to wreak havoc on up-close opposition. 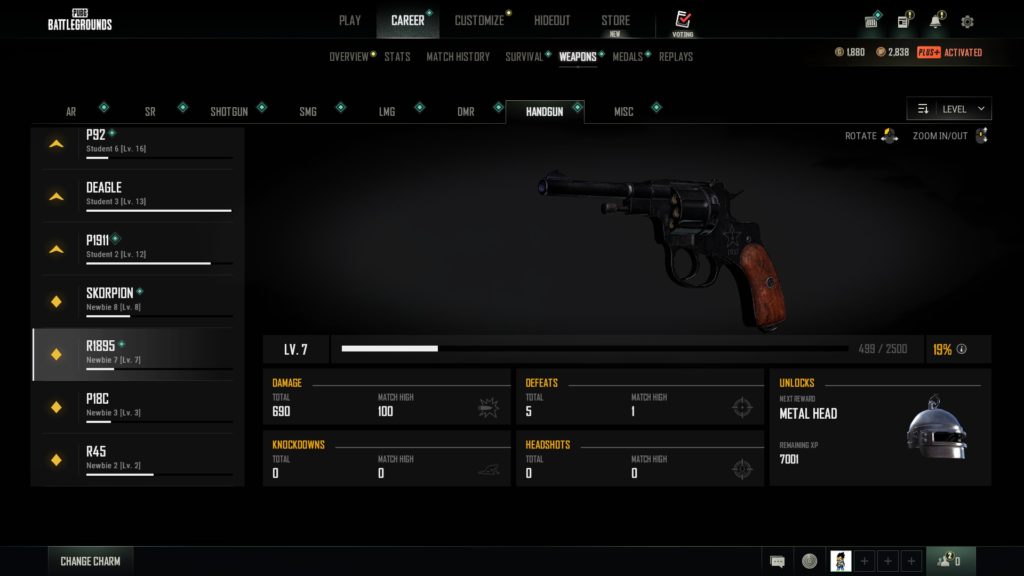 The R1895 is a seven-shot revolver, featuring impressive stopping power thanks to the 7.62mm ammunition it carries. It’s one of the more challenging weapons to use in PUBG, hosting a few drawbacks that deter many survivors from wielding it. For one, the R1895 features a painfully lengthy reload time, with each bullet requiring to be loaded into the cylinder one at a time. Also, an inability to attach either a Red Dot or Holographic Sight makes landing shots difficult. Still, in the right hands, the R1895 is powerful enough to take out enemies with just a few well-placed shots. It’s worth mentioning the R1895 can have a suppressor attached to it, encouraging stealthy gunplay. It’s similar to the Deagle in terms of raw damage output, which speaks to its capability and power. 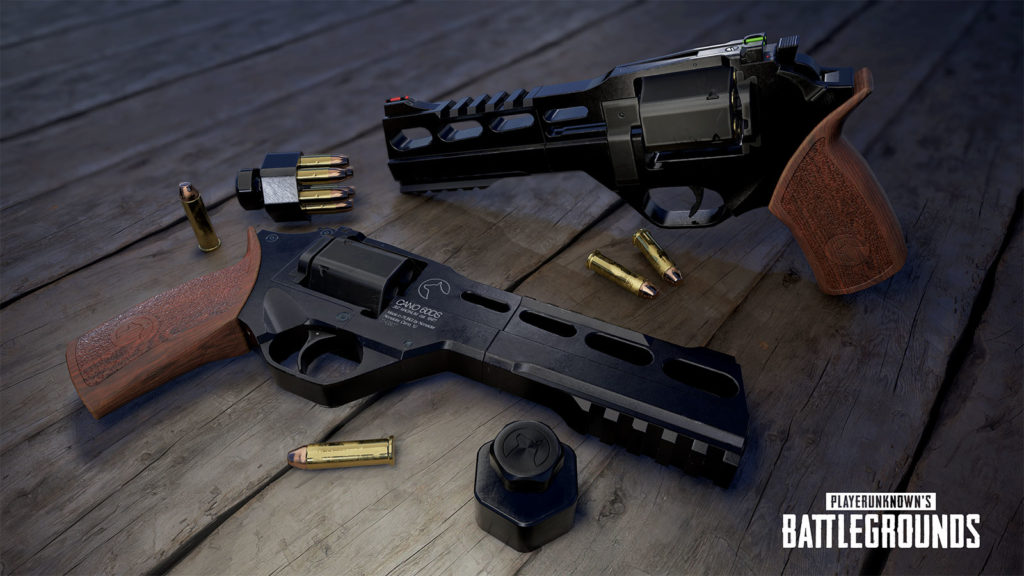 Exclusive to the map Miramar, the R45 replaces the R1895 on the popular 8×8 desert-themed map. Also called the Rhino 60DS, the R45 is a six-shooter, firing .45 caliber cartridges. Sharing characteristics of the Deagle and echoing the R1895 in numerous ways, the R45 packs a powerful punch, albeit with less ammunition capacity than the R1895 and a moderate firing rate.

The R45 enjoys a speedloader instead of individually loading each round, greatly improving reload time. Saving time between reloads can be the difference between life and death in PUBG. As far as attachments go, the R45 can hold both the Red Dot and Holographic Sight, assisting in aiming down sight to help land well-placed shots on unsuspecting survivors. 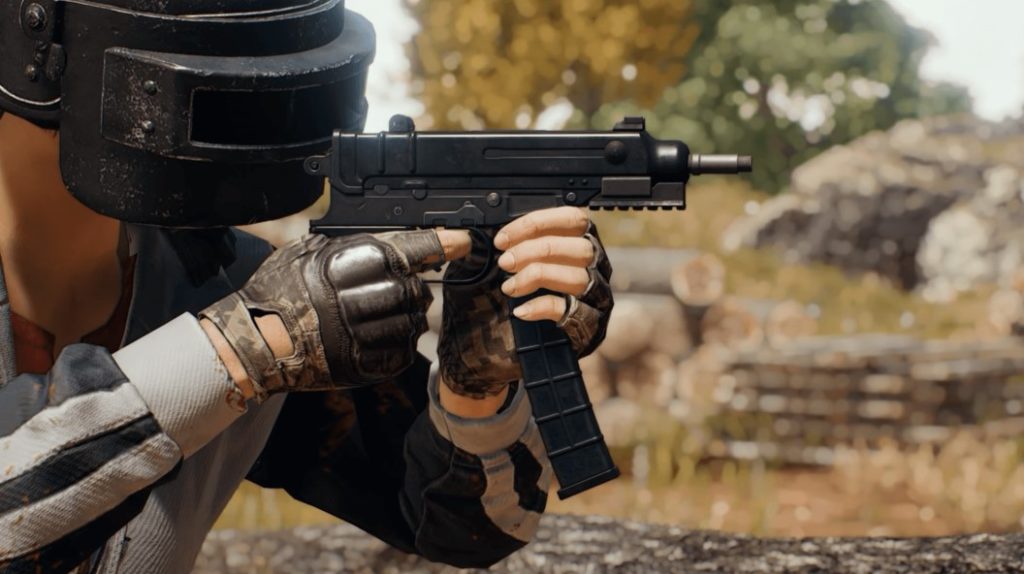 The Skorpion is a machine pistol-type handgun in PUBG, well-liked for its automatic firing mode capability. Featuring a 20-round magazine that doubles to 40 with an extended magazine, the Skorpion mimics the submachine gun class in sidearm form. One downfall is the length of reload time, one of the longest amongst fellow PUBG pistols but not as lengthy as the R1895.

As far as sidearms go, the Skorpion is ideal in close-quarter engagements, able to make quick work of enemies who appear up close without warning. It’s also a ton of fun to use on the Battlegrounds.

Latest comments
No comments yet
Why not be the first to comment?
Featured news
PUBG10 days ago