Multicolor Magic: The Gathering Draft has arrived via the release of Streets of New Capenna, showcasing a three-color meta with a focus on allied colored pairs.

Having released on April 28 digitally and April 29 globally, the Streets of New Capenna (SNC) set showcases five three-color factions thematically tied to each of the five crime families and their unique mechanics. Five additional allied color archetypes synergize with the five factions. And within each of those allied colored archetypes are cross synergies with the five new SNC mechanics, creating a variety of multicolor build options outside of the five main three-color New Capenna Limited Draft archetypes.

Less than a week into the New Capenna Draft meta, data from 17Lands is showing a strong win rate among two-color allied archetypes that are splashing a third color. Data from Untapped also supports this strategy via top-picked individual cards and overall win rates for those cards. Aggressive strategies using the Blitz mechanic have proven powerful, along with both the Connive and Shield Counter mechanics as well.

All the New Capenna Draft data so far points to Midrange/Aggro decks having an edge over Control-based builds while dedicated sacrifice builds struggle to display consistent results. It’s still early, though, and the meta will continue to develop over the coming weeks.

Here are the three best MTG color archetypes within the New Capenna Limited Draft at the start of the set. 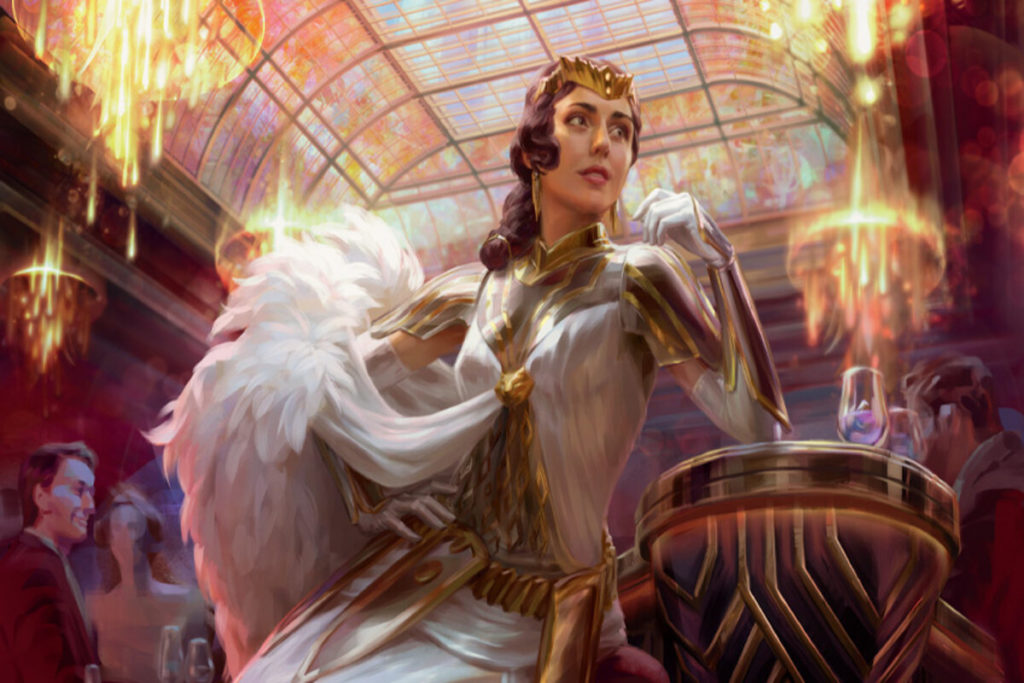 The MTG colors White, Blue, and Green represent the Brokers family within New Capenna. White and Blue both contain cards with Shield Counters and the Connive mechanic. Green is typically the splash color within a WU New Capenna Limited Draft build, whereas Blue and Black have become a separate build with a splash of White or Red.

Disciplined Duelist is an Uncommon gold card in the Brokers colors that’s had a major impact on the New Capenna Draft meta when splashed in White and Blue, having Double Strike while also using Shield Counters. Boon of Safety has emerged as a solid protection Instant spell in White through its application of a Shield Counter while having the added bonus of Scry as well.

Blue and Green also work well together, with cards like Brokers Veteran providing a Shield Counter when it dies to a creature like Jewel Thief, and Wingshield Agent providing big ground creatures evasiveness via Flying. There are also Green cards like Caldaia Strongarm that grant two +1/+1 counters to a creature upon ETB while Prizefight gets extra value when your creature has a Shield Counter on it. 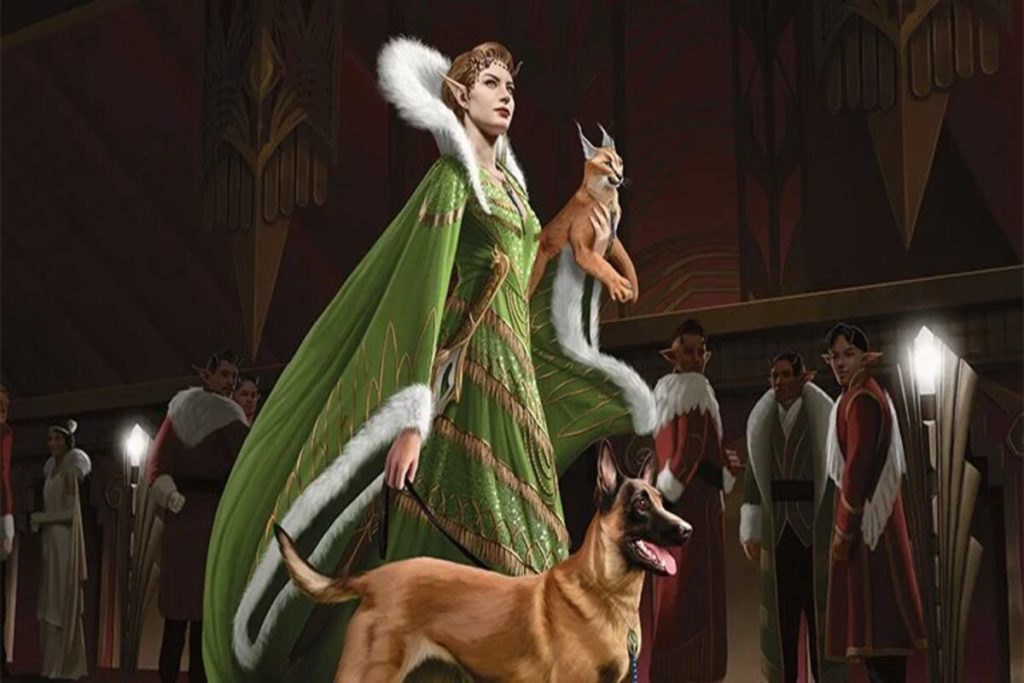 The colors White and Green within the SNC set have the best Common and Uncommon rarity cards that fuel go-wide aggressive synergies within the New Capenna Draft meta. Citizen synergies work well with gold cards like Darling of the Masses and Civil Servant. Backup Agent has emerged as a sleeper Common, enabling double Alliance triggers. Gathering Throng should always get grabbed mid-pack if in Green and White. And Speakeasy Server is a great card in go-wide decks, able to gain a bunch of life upon entering the battlefield.

Inspiring Angel and Jewel Thief are still the top two Commons within SNC while Ballroom Brawlers has emerged as a powerful late-game Uncommon finisher. The GW New Capenna Draft build also leaves room for a ton of flexibility, allowing players to go the Alliance go-wide route, splash Blue for Shield Counters, or splash Red for added aggressiveness via Blitz while not running out of gas via the mechanic’s card draw.

Plasma Jockey has proven itself as a solid Red splash Common within a go-wide GW build, along with Pugnacious Pugilist. Other solid Red cards to splash include Strangle, a great removal spell that’s cheap, Sizzling Soloist, and Unlucky Witness. 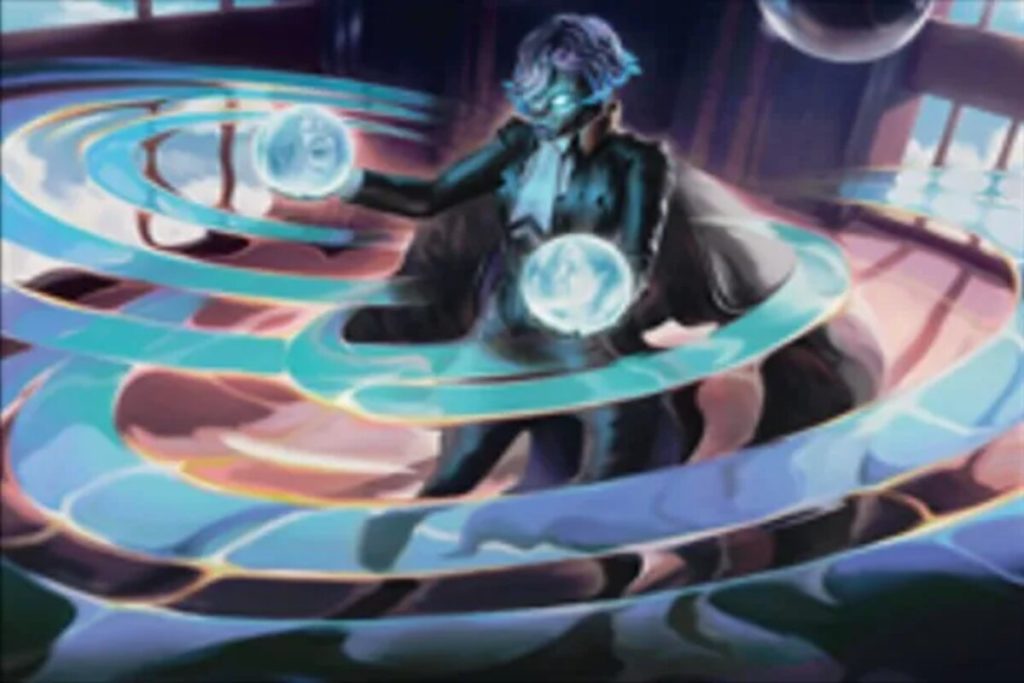 The Dimir colors Blue and Black have emerged as a solid threat to other New Capenna Draft archetypes, containing powerful removal cards in conjunction with the multiple mechanics that can all synergize together. The two colors also contain a sub-mechanic found within the SNC set in that creatures gain effects and power when five or more mana values are in your graveyard.

Players should not try to build around the Dimir sub-mechanic, but it does add value during the late-game stages, especially on cards like Syndicate Infiltrator and Tainted Indulgence. The power of the UB New Capenna Draft deck is in the strength of Blue via Connive and Sheild Counters, in conjunction with Black removal. White is the best color to splash, forming the Obscura family. But Red is a good option as well depending on the gold cards available.

Removal-wise, Murder and Deal Gone Bad are premium picks while Corrupt Court Official is good during the early game and Night Clubber is great at taking out tokens and creatures that have a toughness of one. Blue also has good removal via cards like Out of the Way, Make Disappear, and Disdainful Stroke.

Hypnotic Grifter is one of the best one-drop Blue cards at Uncommon. Echo Inspector can provide value as a creature with Flying that also Connives and Obscura Initiate is a good sleeper Common that can provide life gain.

White is typically the best splash color with Dimir, containing a wide variety of cards that synergize with both colors. Connive and Shield Counters synergize together already while the color White also contains card draw and evasiveness via Inspiring Overseer or solid removal spells like Knockout Blow. Solid gold cards to watch for include Obscura Charm, Obscura Interceptor, and Queza, Augur of Agonies.

Red can also work with Black and Blue via powerful gold cards like Corpse Explosion, Cormela, Glamour Thief, and Corpse Appraiser. And Hostile Takeover is one of the best wraths in the New Capenna Limited Draft meta. The color Red provides gas via the Blitz mechanic while also applying pressure on your opponent.

Latest comments
No comments yet
Why not be the first to comment?
Featured news
MTG13 hours ago