The summer is just starting to heat up in Europe.

The sun is shining, the heat is rising, and the competitive League of Legends season is finally roaring back to life again in Berlin. Later this month, the 2022 LEC Summer Split is scheduled to begin, Riot Games has confirmed, with a three-day superweek that should help set the tone for the rest of the season.

There is a slew of hyped-up matches ready to take place during the weekend that many League fans should be excited about, with plenty of different storylines to keep track of as the season rages onward towards the 2022 World Championship.

Only three spots are available for Europe, which means the competition will be fierce as the league gets closer to the playoffs. Every game will matter, but it is just as important to start off the season on the right foot.

Here are the best matches to watch during LEC 2022 Summer superweek. 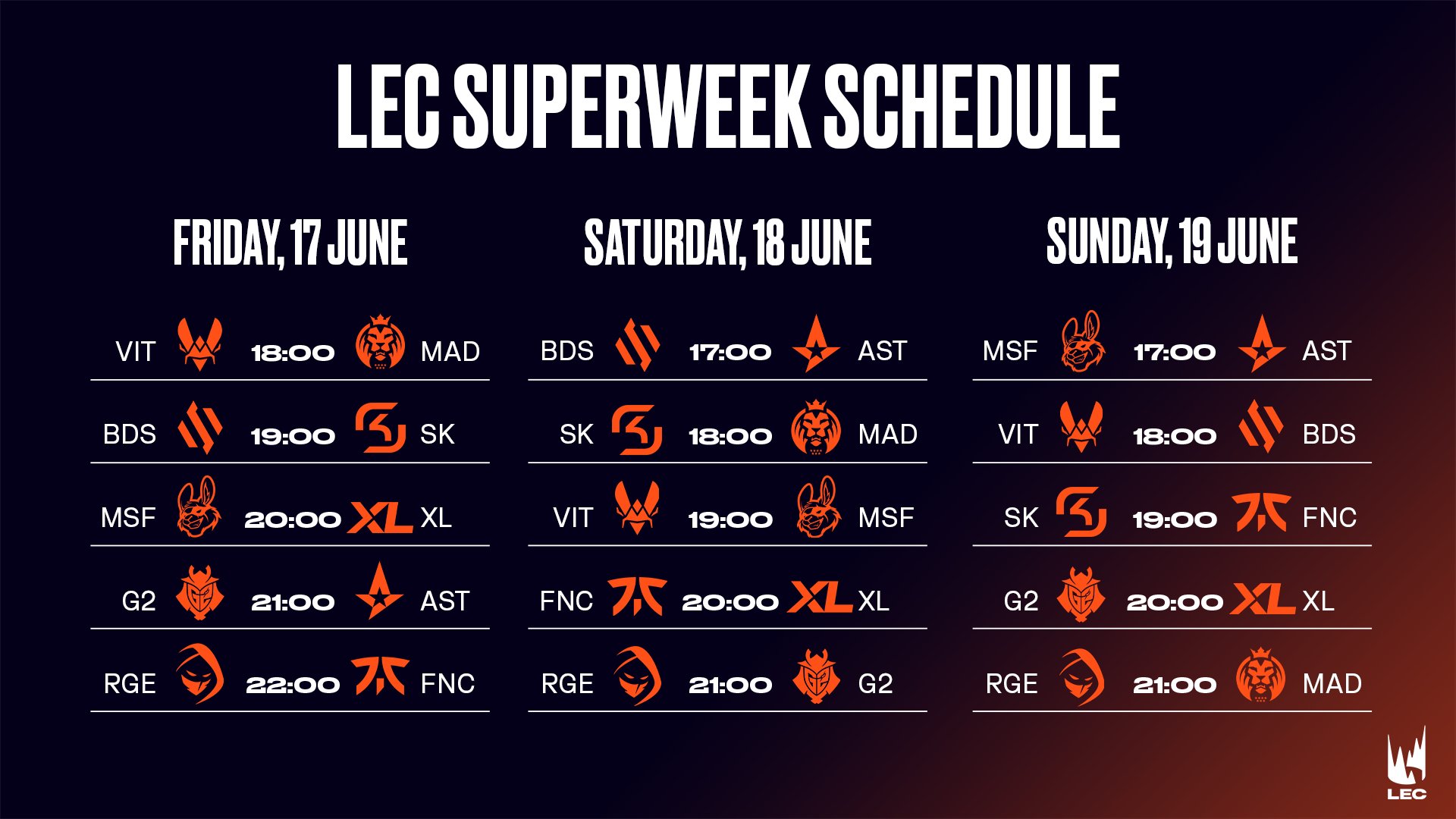 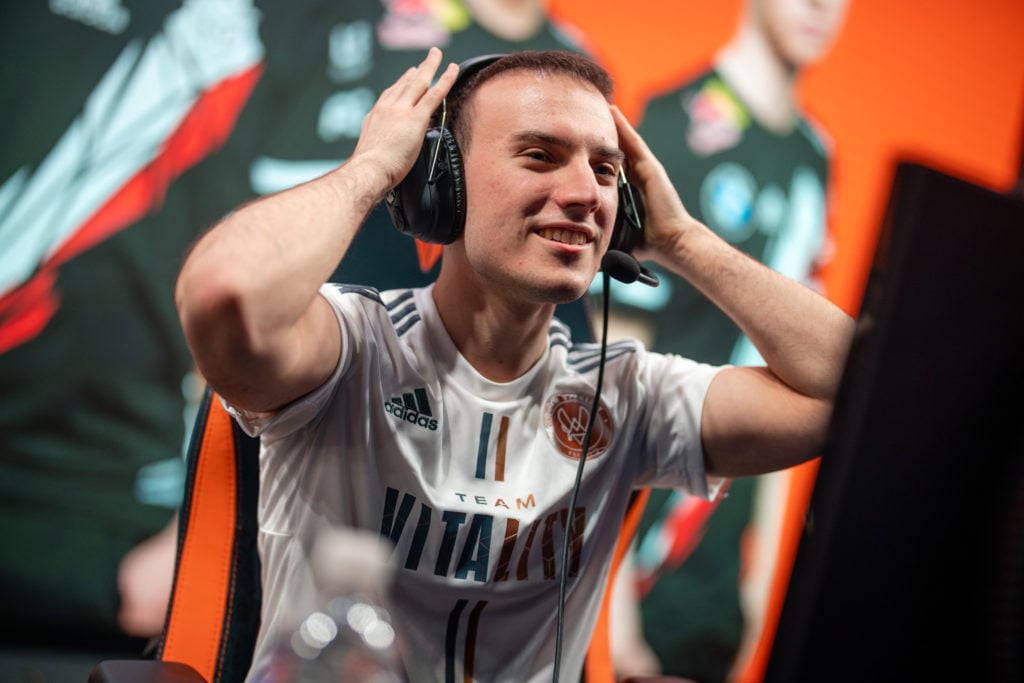 Day one is kicking off with a banger between two of the LEC’s best with MAD Lions going up against the Team Vitality superteam. Both rosters are looking for redemption following their disappointing Spring performances, which should be explosive to watch.

The pride of Europe will be heading into the summer with a familiar face in mid lane; Yasin “Nisqy” Dinçer has finally returned to pro play. The former back-to-back champs unceremoniously fell out of the playoff hunt with an 810 regular season record, which means their hunger for success should be that much stronger this time around.

Vitality, on the other hand, is running it back after its supercharged ‘superteam’ lineup completely missed the margins and failed to meet expectations this past split. With names like Perkz, Alphari, and Carzzy, this roster looks to break into the conversation as a tournament favorite once again with a convincing start to their Summer campaign. 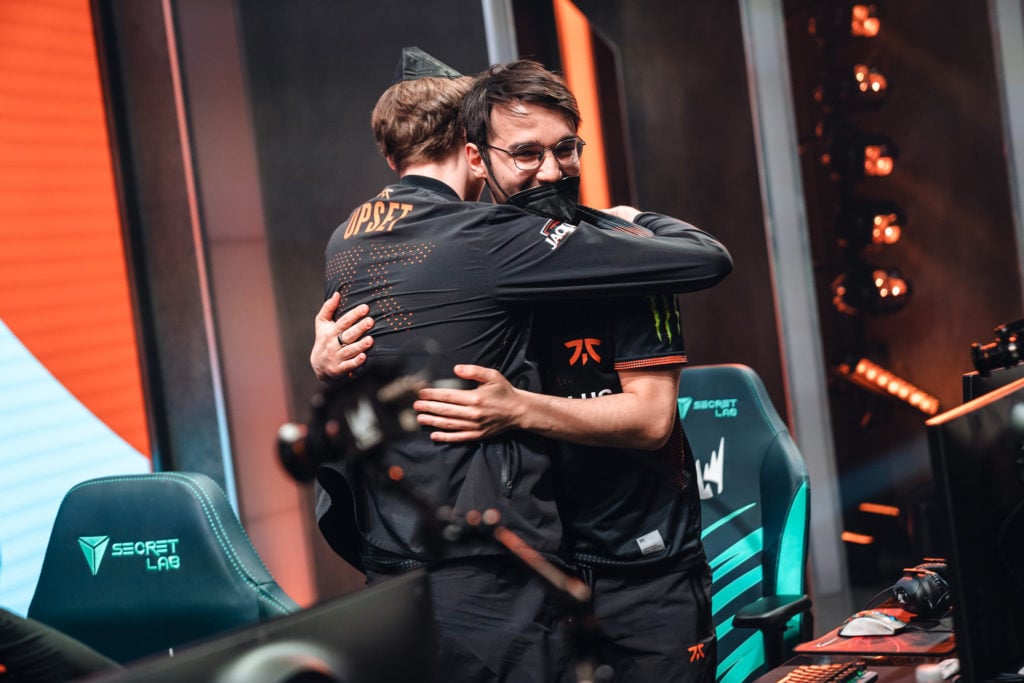 The two best regular season teams of the Spring Split will collide once again in the final match of the first day. Rogue and Fnatic impressed many fans and analysts alike with their strong performances during the Spring Split, but both fell short of the ultimate goal at the end of the post-season.

Rogue’s best shot at their first LEC championship might have come last season, but G2 Esports elevated their gameplay through the lower bracket and outclassed them in the finals. They still have one of the best lineups in the league, and they’ve had a significant amount of time to adapt their playstyle and learn from their mistakes.

Meanwhile, Fnatic fans thought last season was their team’s time to shine, but after back-to-back series losses to Rogue and G2, it was clear that they lacked the consistency to compete with the best. They still have one of the best bottom lanes in the league and the roster still has a high ceiling, but they’ll need to sharpen up their play in the later stages of their games if they want to compete with the teamfighting prowess of their competitors. 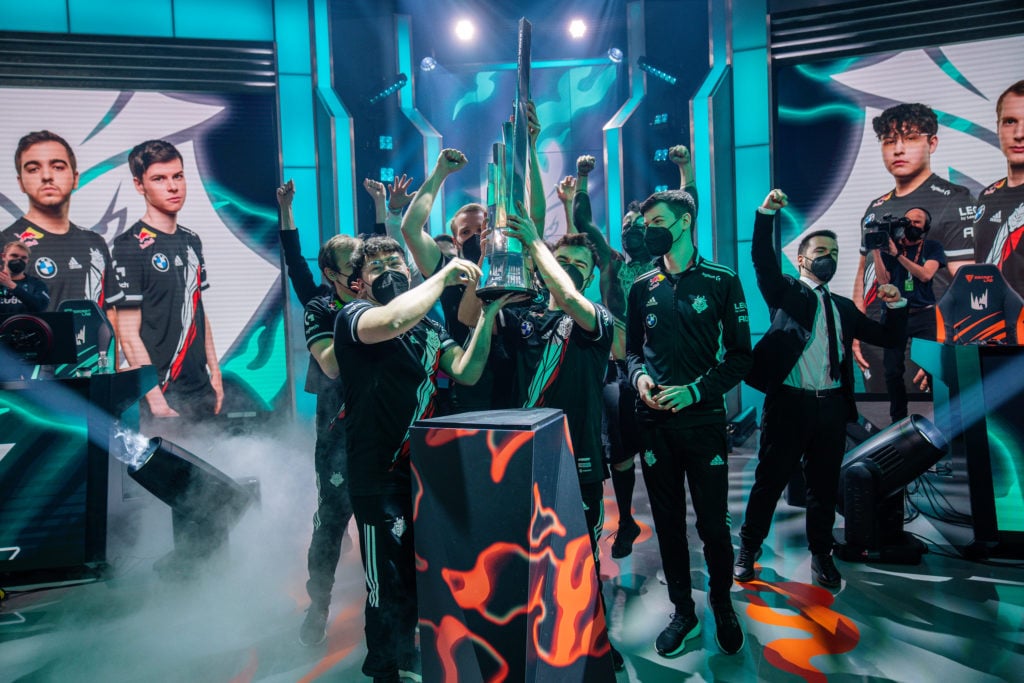 Welcome to your regularly scheduled finals rematch, LEC fans. The last time we saw these two teams face off on stage, Rogue was snuffed out by a superheroic effort from Caps as they were swept aside by G2 Esports in three, well-played games.

G2, however, is coming back from the 2022 Mid-Season Invitational after an utterly one-sided series loss against Faker’s T1. During the second half of the rumble stage and beyond, the team’s drafts looked uncharacteristically jumbled and their gameplay didn’t look nearly as clean as before.

Revenge will be on the minds of every Rogue player as they step onto the Summoner’s Rift. This week might be the best time to take a game off of the reigning LEC champions. If G2 does go through the classic MSI hangover that most representatives experience year after year, we could see the champions struggle through the first week of the split. 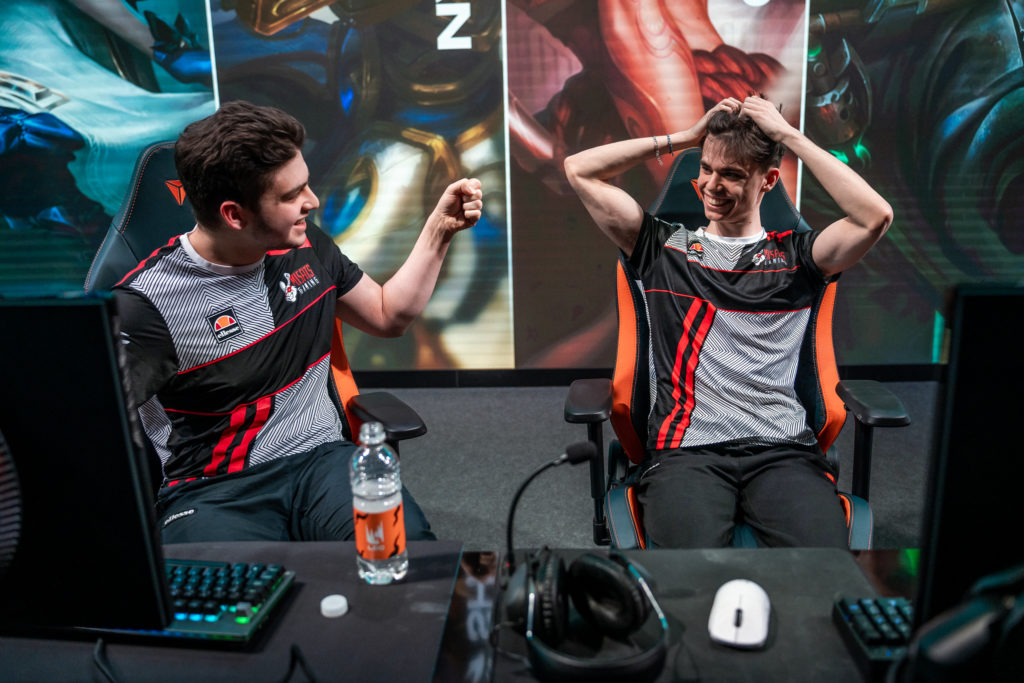 Vitality might have been featured at the beginning of the list, but Misfits Gaming is the bigger story for their matchup on day two. The young roster turned heads during the regular season, with the roster’s rising star mid laner Vincent “Vetheo” Berrié pulling off a breakout season that landed him on the LEC First Team All-Pro list.

With a new top laner and Rookie of the Split awardee Lucjan “Shlatan” Ahmadion in tow, Misfits should still command a good amount of the spotlight at the start of the summer. Vitality should prove to be a good challenge for this upstart lineup, especially since they ended up being the only team that Misfits weren’t able to beat during the regular season.

Catch all the action when LEC 2022 Summer begins on Friday, June 17.

Latest comments
No comments yet
Why not be the first to comment?
Featured news
League of Legends10 minutes ago