Where should your squad touch down?

The three maps in Apex Legends have changed a lot since their respective releases. Successive seasons have seen the removal of the popular Skull Town drop spot in Kings Canyon, the chilling addition of the Climatizer on Worlds Edge, and the landing of Icarus on Olympus. Thanks to these big changes, its safe to say the best drop points on each map are different from what they used to be.

Since all three maps are now in rotation for pubs, well be examining the best drop points on every map. The points are listed in no specific order and were chosen based on popularity, loot availability, and loot rarity. 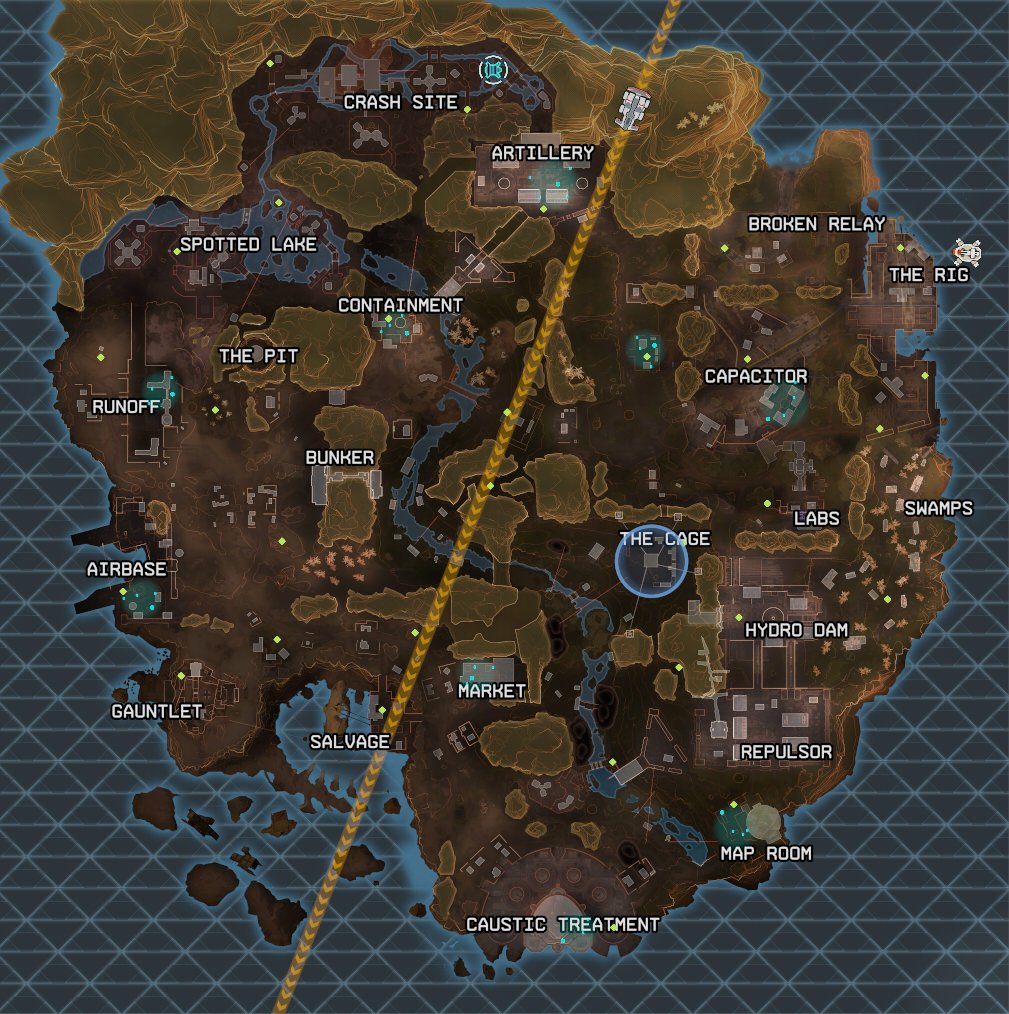 The Bunker area often contains high-quality loot, including a lot of ammo. If you happen to land within the Ring, its also a great place to set up many defensive legends abilities, like Ramparts Amped Cover and Wattsons Perimeter Security.

Market is a popular drop area, making it a good place to find an early fight. Its also full of guns and ammo and often contains a Replicator, making it a strong first loot destination.

While its a little more off the beaten path than other prime drop locations on Kings Canyon, Swamps is a high-tier loot zone with plenty of goodies for an entire squad. Its easy to get kitted up here before rotating into more populated zones for an advantageous fight.

Containment is another of Kings Canyons most popular dropsand for good reason. Its frequently considered a hot loot zone. Even if it doesnt bear that coveted description, its still a great place to drop thanks to its centralized location and likely proximity to a fight.

Like Swamps, Spotted Lake is a little out of the way and contains a lot of loot in a fairly concentrated area. Its also a good place to catch an incoming ship or find a Replicator, both of which provide even more potential loot. 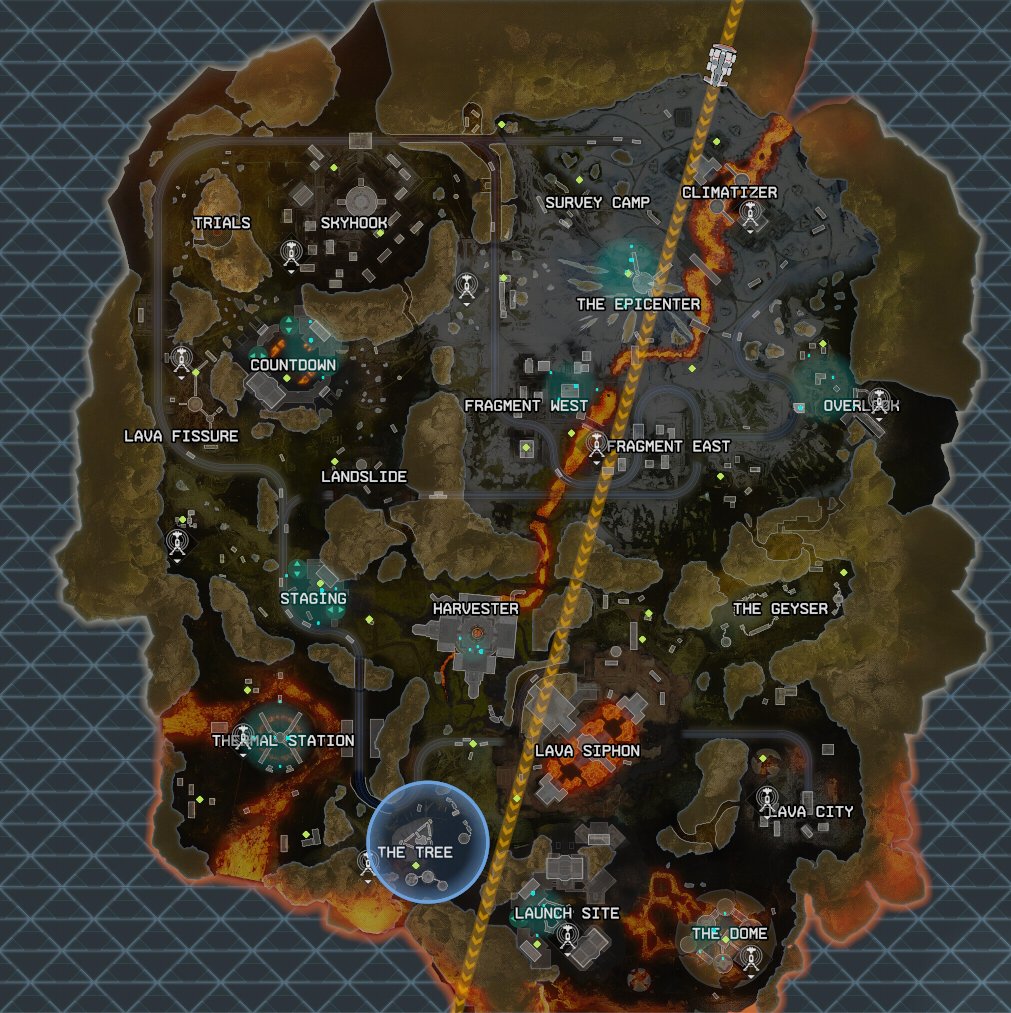 Unofficially known as the TTV drop, both Fragment East and Fragment West contain a high concentration of loot. Theyre also incredibly popular, meaning players are almost guaranteed to find an early fight within its walls.

Depending on the way the initial dropship travels, The Geyser can either be off the beaten path or right in the center of the most populated zone. Either way, the areas central geyser is a great repositioning tool, theres easy access to a nearby Vault, and the buildings hold plenty of loot.

The Tree is another strong zone for loot. It attracts an average number of people, but what makes it good is you can easily run to the buildings behind the Tree itself and hide from anyone you might find. The paths underneath the Tree are also good for getting an easy vantage point and looking over at nearby Harvester.

Countdown is a popular drop, making it a good place to go for an early fight. It has both covered and uncovered areas, so defensive legends can set up guarded areas and offensive legends have room to fire their abilities.

Trials is generally out of the way of most dropship paths, which makes it a great place to start more slowly. Completing the challenge inside grants good loot, which usually includes at least a gold helmet and a gold backpack. Theres also a Charge Rifle available for players who choose Bloodhound. 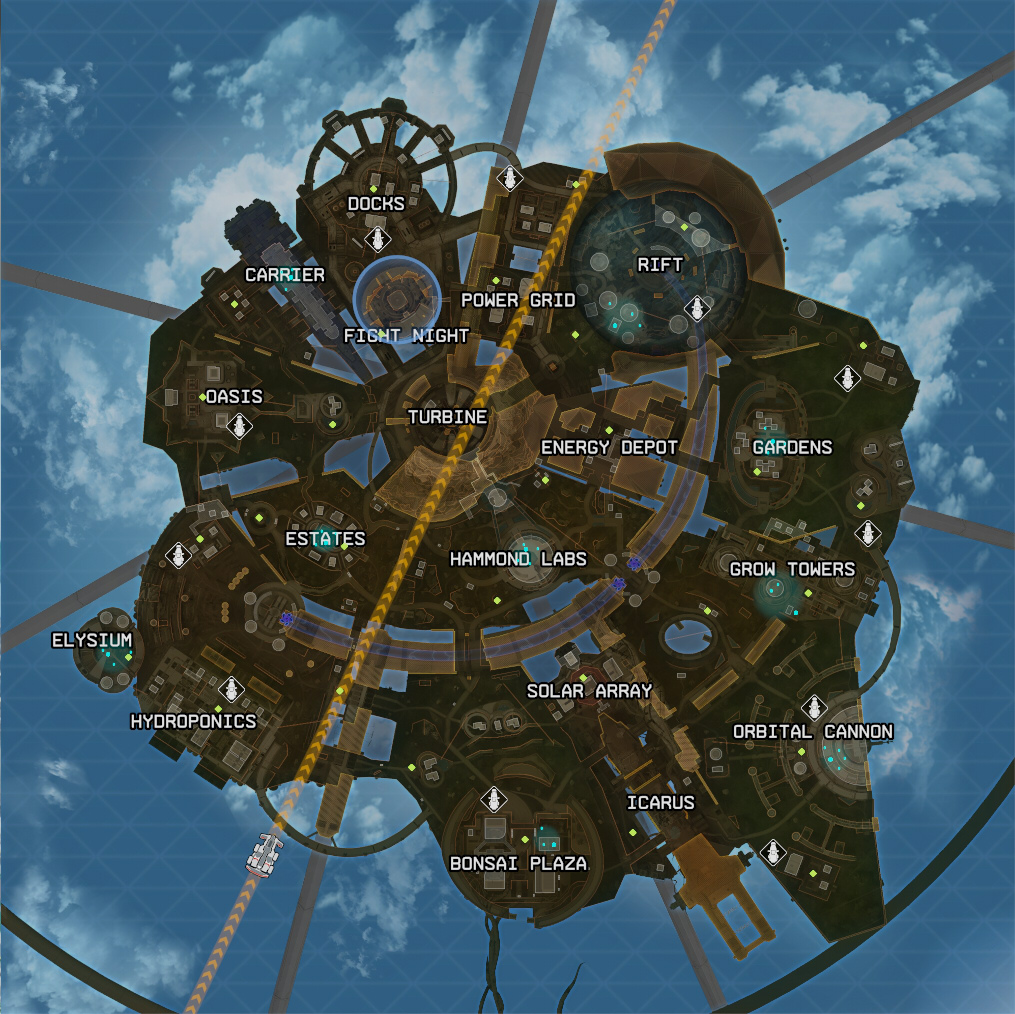 Between Hammond Labs and Turbine, raised a good ways off the ground, is an unmarked area with a waterfall and a house. The three supply bins in the back frequently hold a fully kitted weapon and excellent shields, which make this both a popular and dangerous drop. Its a great place to kit up quickly.

Solar Array is the best place on any map to find sniper gear. The central platform always holds a variety of sniper weapons and attachments, plus a handful of G7 Scouts and extended mags for other kinds of weapons. Its also a popular drop point, so be sure to grab all that loot quickly.

Fight Nights unique melee-only boxing ring, high-quality loot, and frequent designation as a hot loot zone make it a popular dropand a great place to show off your Heirloom. Just watch out for snipers in the surrounding area.

Estates is one of the most popular drops on Olympus thanks to the ample amount of cover and the high concentration of loot in a relatively small area. Its a great place to find good supplies as long as youre willing to fight for them.

Bonsai is another of Olympus most popular drops thanks to the frequency of fights and the large amount of loot in both of the buildings. The areas newly revamped tunnels are one of the most common places to find a fight early on, too.

Latest comments
No comments yet
Why not be the first to comment?
Featured news
Apex Legends3 hours ago

Apex Legends player notices a teammate cheating, takes matters into their own hands

Octane player catapults himself into his own grenade in Apex Legends

Apex player busts cheater who was streaming with wallhacks