Badass women at their best.

The Mortal Kombat franchise has only been gaining popularity since its humble beginnings in the early 90s. With arcade-style fighting games picking up steam in that era, Mortal Kombat had to do something to stand out from the rest. The solution to this issue was the addition of extreme violence and gore which became a differentiating factor back then and has now become a staple of the series.

While Mortal Kombat has its share of violence, what made it fun was the characters perpetrating the violence. The cast of every Mortal Kombat game just got more and more varied over time, only increasing in number with each game. Mainstays like Scorpion and Sub-Zero were present in every game, while characters like Kronika were just introduced in the recent installment of the franchise.

With so many characters to choose from, several of them from the male and female cast have stood out from the rest. Today, we will be highlighting the fan-favorite female characters and ranking them in a top-five list. This list is purely opinion-based and there is no definitive right answer to which female character is the best in-game. 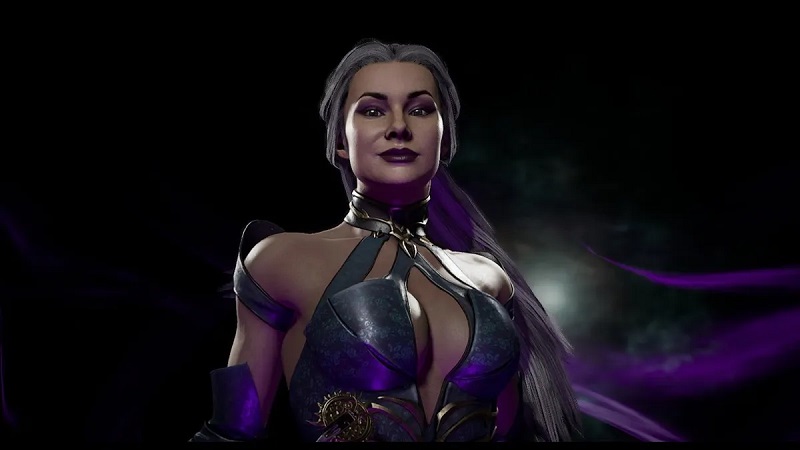 The mother of Kitana, Sindel has made sporadic appearances throughout the franchise, but every time she was showcased, she has managed to steal the spotlight.

With her impressive barrage of attacks to keep enemies staggered and Banshee screams interrupting their incoming attacks, Sindel can stand toe-to-toe with the best of them. If that wasnt enough, she is able to control her hair freely at will, using them in attacks to combo her opponents. Most of her fatalities include some combination of her hard-hitting strikes and Banshee screams that literally tear the flesh off of her opponents.

With some of her impressive feats in the Mortal Kombat lore, some would even rank her higher, but with all of the retcons in the series, we believe that number five is a great position for Sindel to occupy. 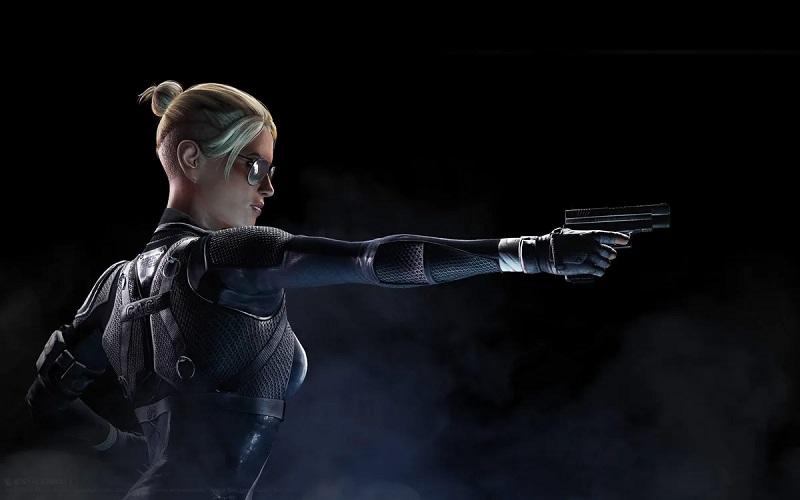 Cassie Cage is the prodigy daughter of an unlikely couple in the series. Keeping her father Johnny Cages last name and rushing into battle with the intensity of her mother Sonya Blade, Cassie Cage amplifies the best qualities of both of these classic Mortal Kombat characters.

Her unique skills can be attributed to her intense training as well as her genes. Having a highly trained Special Forces Officer as her mother and the blood of ancient warriors passed down to her by her father, Cassie is a force to be reckoned with. She combines her expertise in hand-to-hand fighting along with her prowess in using firearms to deadly effect since Mortal Kombat X. Cassies skills have also propelled her to becoming the new leader of the Special Forces after her mothers retirement from active duty.

If that wasnt enough, Cassie is also one of the few characters that can claim to have defeated an Elder God in Shinnok at the end of Mortal Kombat X, cementing her place in the top five. 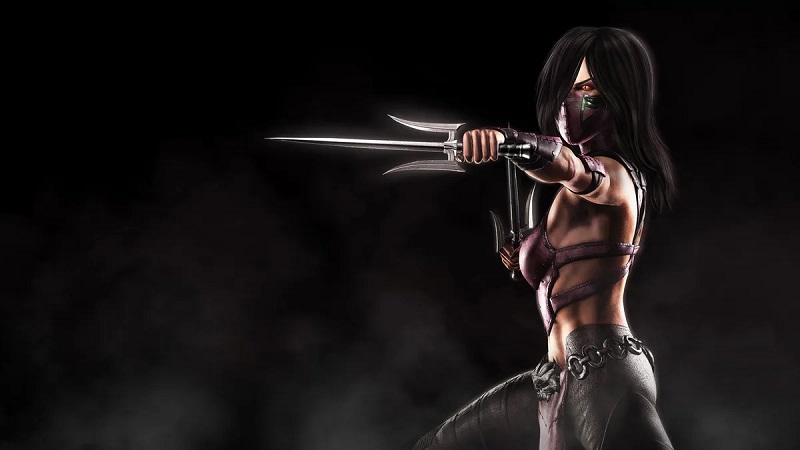 One of the oldest and creepiest (when unmasked) characters in the series, Mileena makes it to the number three spot.

Starting out as a clone of Kitana, there is more to Mileena than meets the eye. Even though she has all of the abilities of Kitana, she also has a vicious Tarkatan side, which is revealed when she takes her mask off. This unnerving sight has helped her intimidate and destroy many seasoned characters on the Mortal Kombat roster, culminating in the takeover of Outworld.

Alas, even with all of her successes, she wasnt strong enough to escape her eventual downfall. Her reign of terror continued until she was brutally killed in turn by the next warrior on this list. 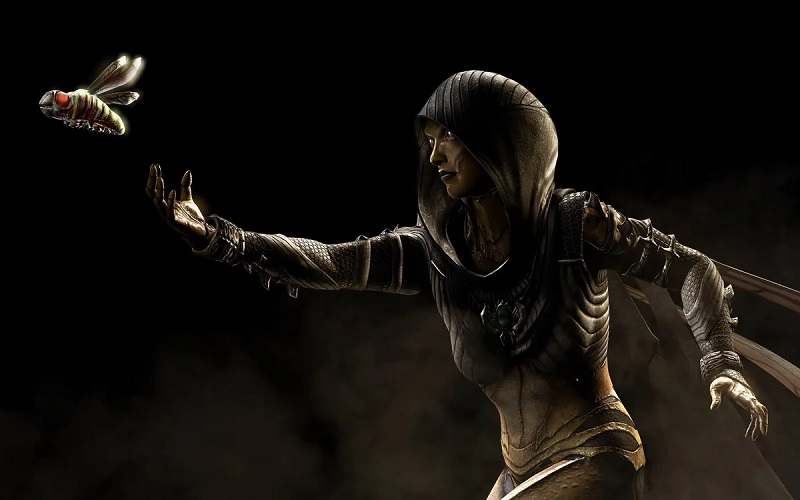 Another newer entry to the games, DVorah is quite a strange one. She is one of the non-human creatures in the franchise, being a humanoid queen of insects.

Primarily depicted as an antagonist since her inception in Mortal Kombat X, DVorah does what she does to ensure the survival of her brood, as their queen. She cares very deeply for her followers and they respect her enough to aid her in battle. Most of her attacks consist of her using her swarm in battle, injecting her foes with insects, and ripping open their bodies from the inside out.

She has also ended up killing some of the strongest mainstays of the series in Mileena, Baraka, and even Scorpion (although that man is pretty much immortal by now). 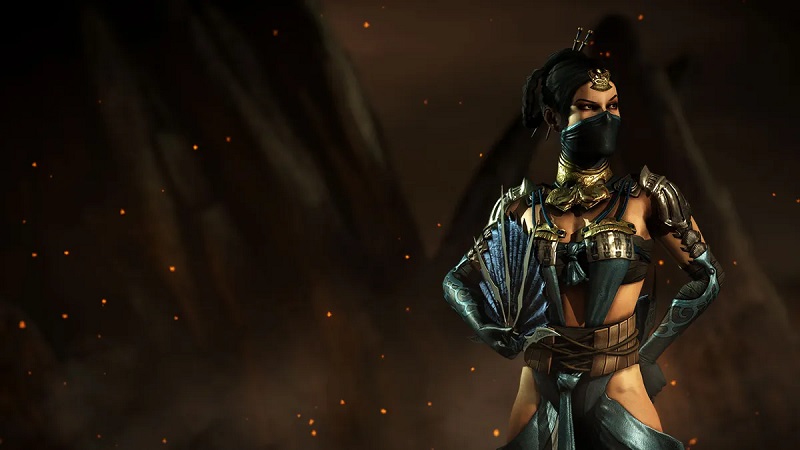 Since her introduction in Mortal Kombat II, Kitana has been a popular female character throughout the years. Her no-nonsense personality and punishing attacks propel her to the top of this list.

Being the daughter of Sindel and the adopted daughter of Shao Kahn, Kitana has never been a pushover. Her natural abilities from her mother and the training received from her father make her a top-class competitor, being able to go one-on-one with anyone. These skills coupled with her fan blades make her absolutely devastating in a fight.

Using these abilities, her story peaked when she defeated her father Shao Kahn in combat during the events of Mortal Kombat X, a feat which only a few other characters can lay claim to, joining the ranks of other popular characters like Raiden and Liu Kang. After defeating Shao Kahn, she did what her sister-clone failed to do, by uniting all of Outworld under her reign. She was also responsible for uniting all of the races and creating peace across the realm.

Moving on to the more real-world effects of Kitana, she and her sister Mileenas popularity was partly responsible for bringing Mortal Kombat into the mainstream for a while, topping the cosplay scene as well for quite a few years.

For all of her accomplishments, we put Kitana at the top of our list.

As mentioned earlier, this list is entirely subjective. There are a lot more female characters throughout the Mortal Kombat series that have left a prominent impact on the game, with special mentions going to the brilliant green Jade, the bloody warrior Skarlet and the powerful Shokan Sheeva. Every character is incredibly strong in their own right and all it takes is a skilled player to draw out their full potential.