You can never have enough storage.

Microsofts Xbox Series X comes with a one TB solid-state drive (SSD), but it actually works out to around 802GB of usable storage space. While this may be adequate for some users, many will need to upgrade at some point because modern games and media files are constantly growing in size.

Adding an external storage device to a Series X is the easiest way to expand its capacity. External SSDs and hard disk drives (HDDs) are easy to install using a USB cable, and they come in a range of sizes and speeds.

Here are the best external storage devices for the Xbox Series X. 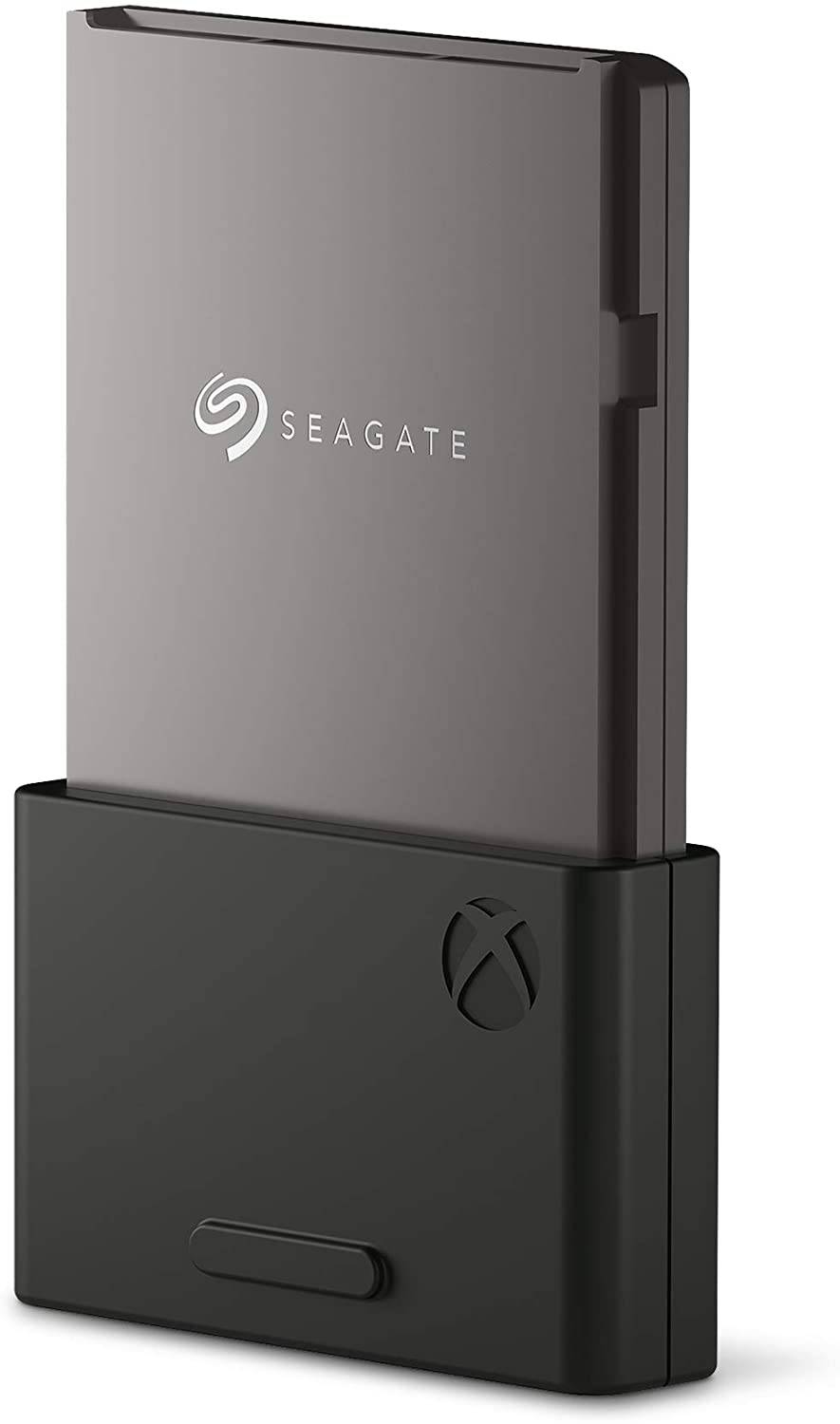 Seagates Storage Expansion Card for Xbox Series X|S 1TB is designed together with Microsoft as an easy way to upgrade the storage space on an Xbox Series X or Series S. It stands head and shoulders above any of the other external storage devices on this list by being the only option that allows users to play the latest games directly off it.

This device works differently compared to regular external SSDs. Instead of connecting to the Series X via a USB port, it slots into the proprietary expansion port at the back of the console. One of the biggest advantages of the Storage Expansion Card is that it has a simple plug-and-play design thats ready to go without any formatting.

While the Storage Expansion Card is the best way to upgrade the Xbox Series Xs storage, it still has a couple of disadvantages. Its currently only available with a terabyte of space, of which 920GB is usable. Considering the limited available space, its expensive and costs as much as SSDs with double the capacity. 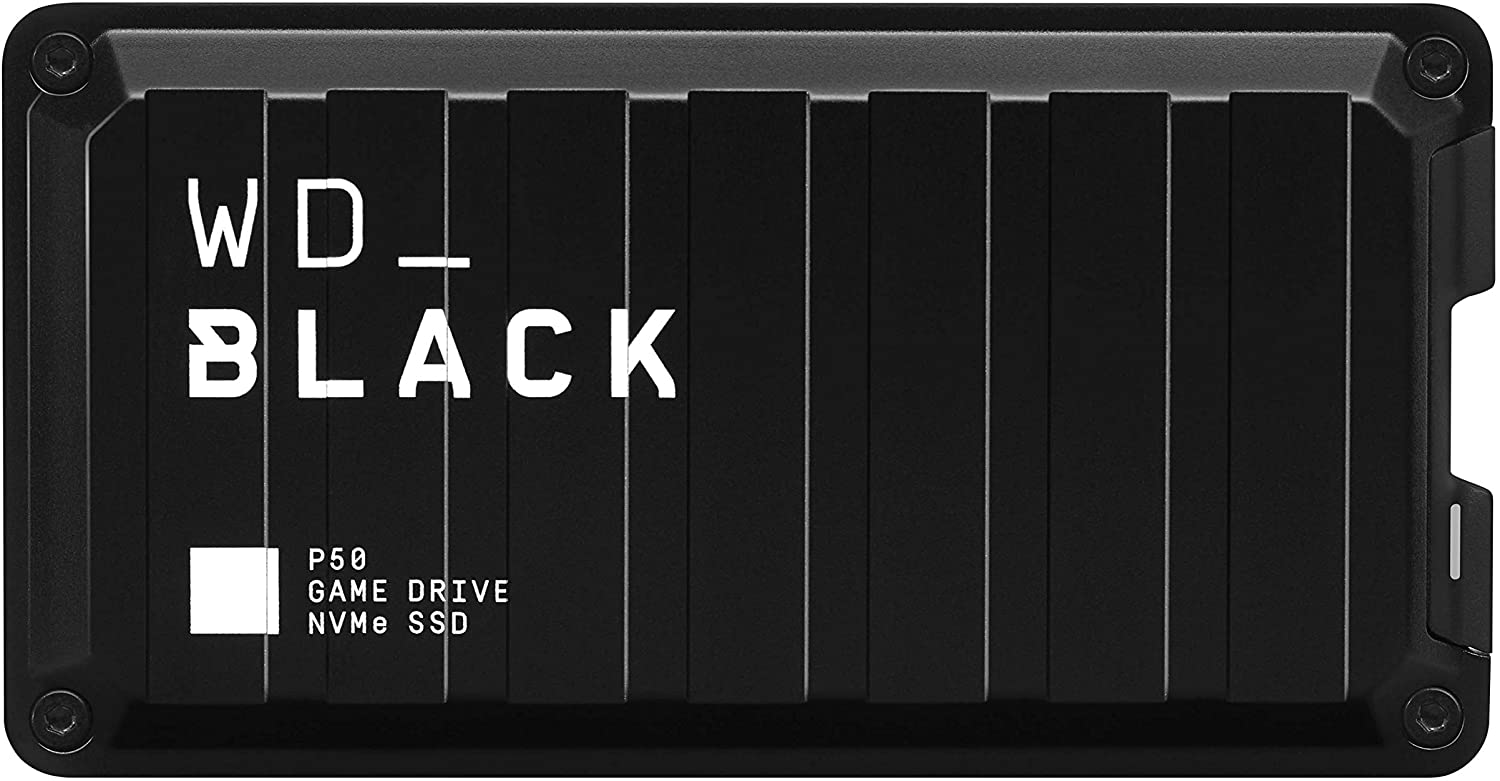 The WD_Black 4TB P50 Game Drive has one of the best speed, capacity, and durability mixes. Its designed specifically for gaming and is capable of blistering speeds of up to 20Gbps. While the P50 is capable of high speeds, it can only reach them if its connected to a modern USB 3.2 Gen 2×2 port. Since the USB ports on the Series X only offer speeds of up to 5Gbps, users wont experience the full speed of this SSD.

Apart from its speed, the P50 has ample space for games and media. At 4TB, it quadruples the internal space of the Series X, and many users wont fill it to capacity.

Western Digitals P50 is also durable and has a long expected lifespan. Its shock-resistant and has a tough metal casing. The company also offers a five-year warranty to give users some peace of mind.

Despite the P50s comprehensive capabilities, theres one major drawback. It costs more than the console itself, and the high price will put many users off. 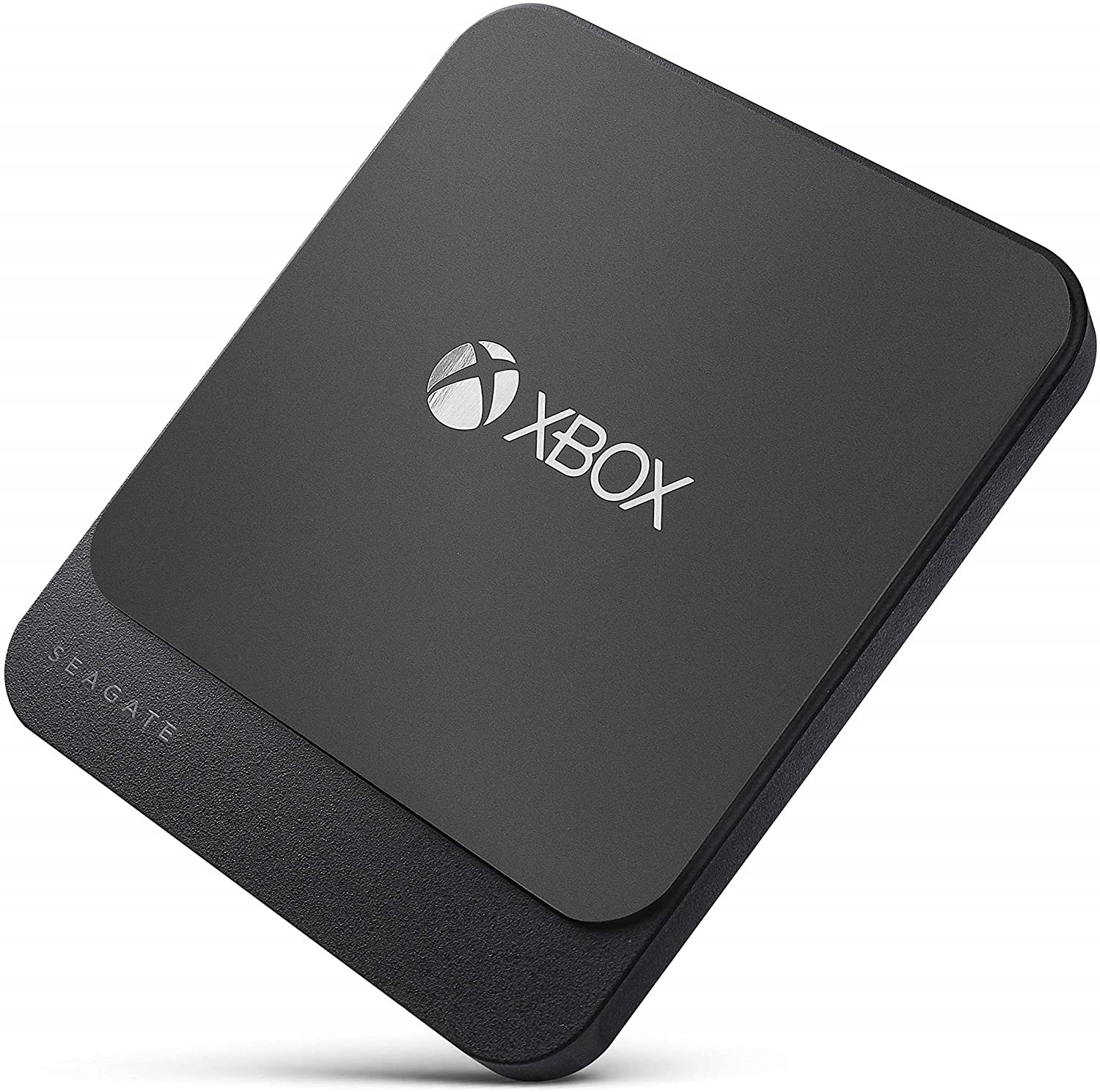 Seagate includes some extras to make the Game Drive an attractive proposition to users. It comes with a one-year rescue service, so the company will recover users data if the drive gets damaged. Theres also a two-month Xbox Game Pass membership included so users can download games and play online with friends.

While the Game Drive isnt cheap, it has enough space for most users and decent speeds. The rescue service and Game Pass membership add more value to it to make it a worthwhile option. 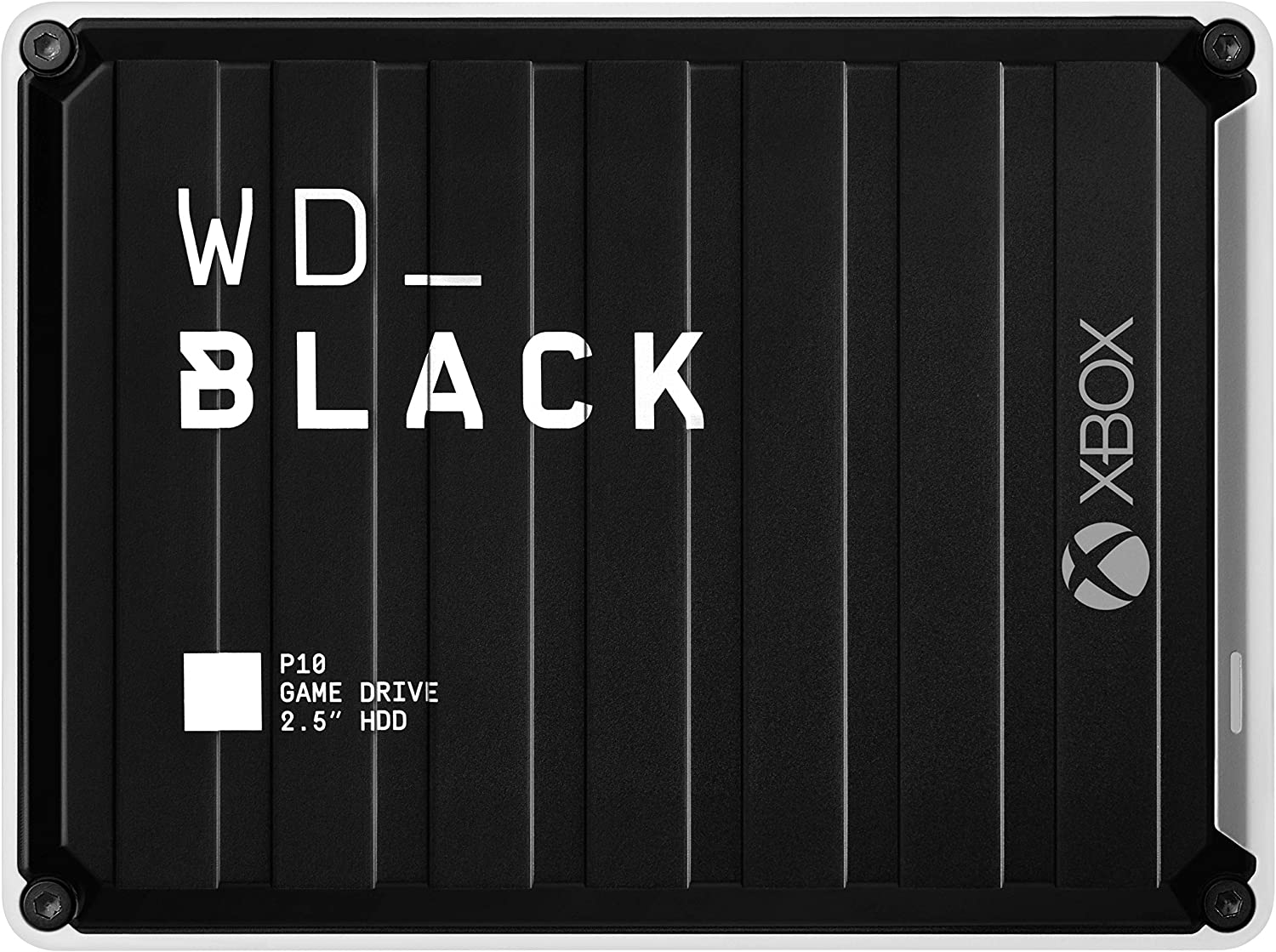 Users looking to stretch their budget might consider the WD_Black 2TB P10 Game Drive. This device was designed for the Xbox One and contains an older HDD instead of an SSD. It still has a decent 2TB of storage space, but it spins at 5,400 RPM and has a slower 140MB/s transfer rate.

While the interior may have dated components, the exterior looks modern. It shares the same all-black look and metal cover as the more expensive P50. Despite the metal cover, the P10 isnt shock-resistant like the P50.

Although the P10 is already more affordable than any other device listed here, it adds more value by including a one-month Xbox Game Pass Ultimate membership. The membership gives users access to many new and old games and allows them to save money by not purchasing them separately.

The main reasons to get the P10 are its low price and Xbox Game Pass Ultimate membership trial. Its low capacity and slow data speeds make it acceptable for users looking for a bargain, but advanced or more demanding users are better off with something larger and faster. 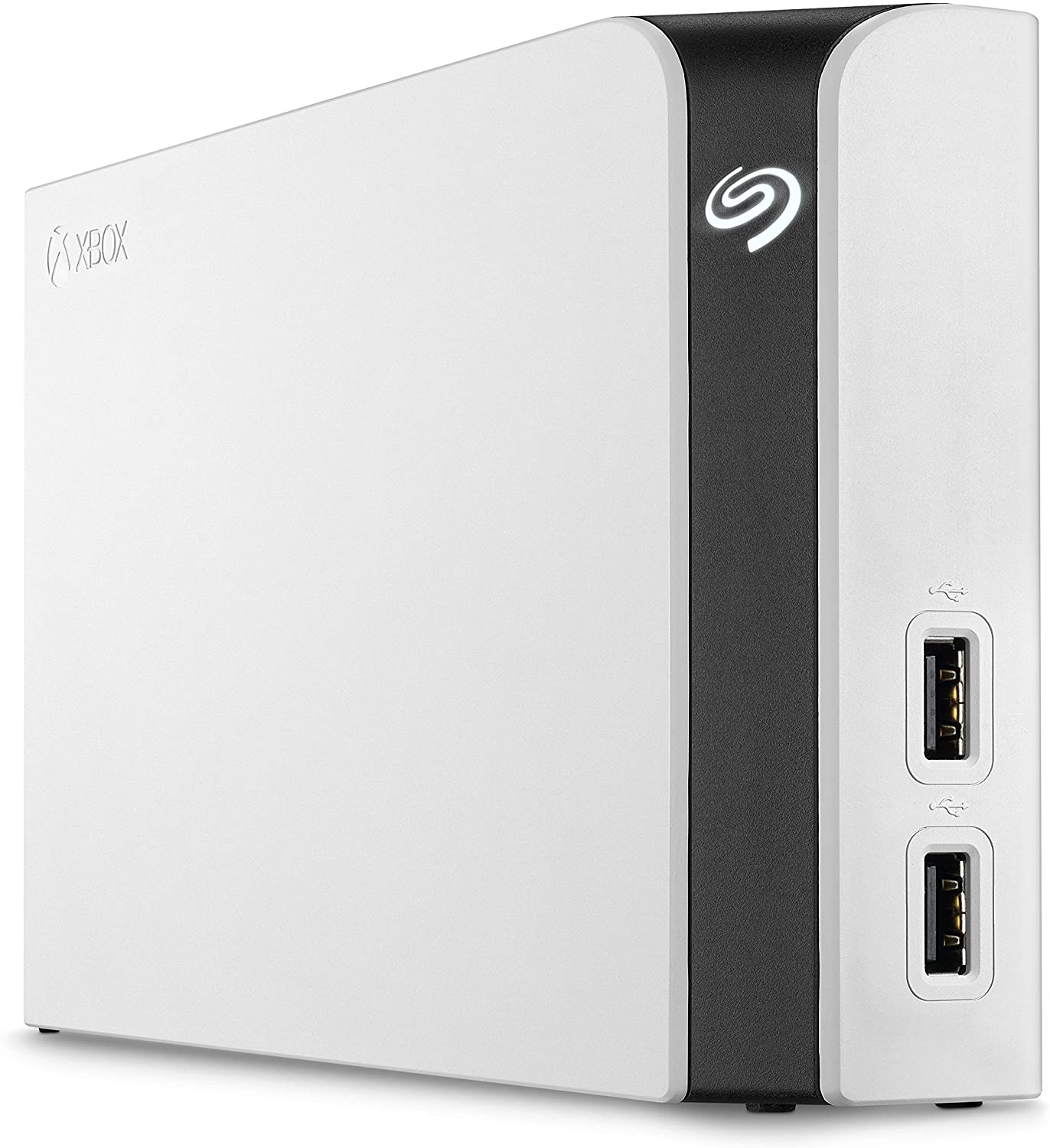 While a couple of terabytes may be enough space for most users, some gamers have extensive media and game libraries and need the most space possible. Seagates Game Drive Hub for Xbox has a massive 8TB of storage to ensure that users never run out of space.

The high capacity comes at a price. While the Game Drive Hub has vast amounts of storage space, it contains an older HDD instead of an SSD, with slower data transfer rates. While the P50 operates at up to 5Gbps on the Series X, the Game Drive Hub only goes up to 160MB/s. The slower speeds mean that transferring large data files takes much longer and may inconvenience some users.

Another drawback of the Game Drive Hub is its size. Since it contains a 3.5-inch HDD, its much larger than any of the other storage devices on this list, and it also needs an external AC adapter as a power source. The inclusion of a pair of USB 3.0 ports somewhat make up for the Game Drive Hubs shortcomings and allows users to charge their phone or controllers off of it.

While some users will write off the Game Drive Hub for its older technology, it still has its merits. The Game Drive Hub is worth it for users needing storage space above all else, and its way more affordable than the Storage Expansion Card and the P50.

Latest comments
No comments yet
Why not be the first to comment?
Featured news
Hardware21 hours ago