When only the fastest will do.

Modems are often overlooked, yet they are critical of any gaming setup. Having the fastest internet speeds is critical when winning or losing comes down to split seconds and it could be the deciding factor.

One of the best ways to judge a modem’s speed is by checking its Data Over Cable Service Interface Specification (DOCSIS) rating. Many older modems have the DOCSIS 3.0 rating, meaning they have a 1 Gbps download speed and a 200 Mbps upload speed. Newer modems feature the faster DOCSIS 3.1 rating with a maximum download speed of 10 Gbps (Although no providers offer that speed yet.) and an upload speed of 1 Gbps.

Apart from the DOCSIS rating, they’re other things to consider when getting a new modem. It’s worth checking to see what Wi-Fi speeds it supports and the number of concurrent users. The modem should also be compatible with your carrier and the type of internet you’re using, like fiber or DSL. 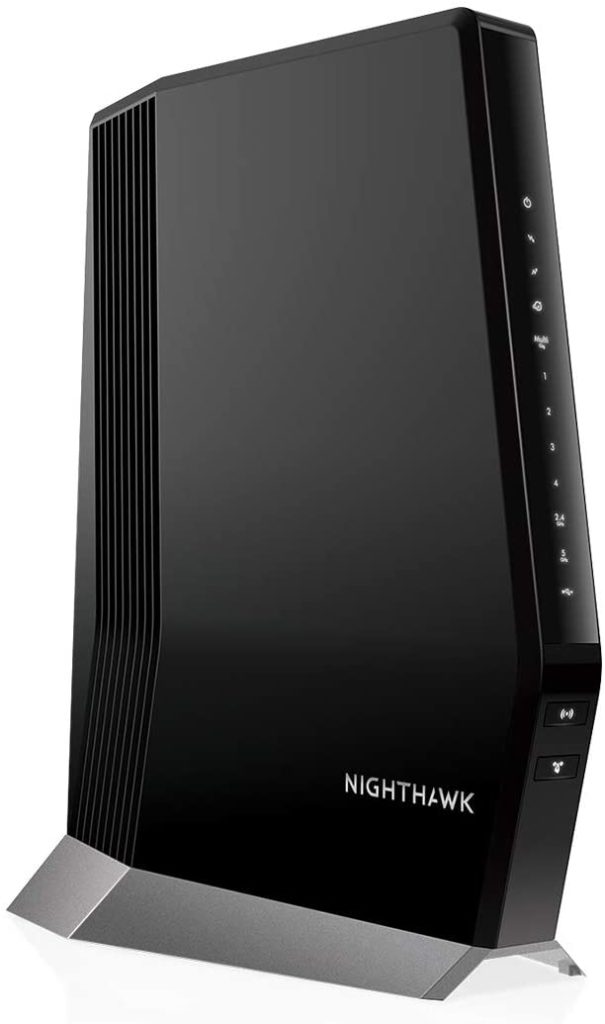 Netgear’s Nighthawk CAX80 is a modem router combo that supports fast Wi-Fi speeds, but it doesn’t come cheap and is only worth getting if you have an internet plan that makes the most of its performance.

It has a vertical tower-like shape with a silver stand and a satin black body and all the indicator lights in an easy-to-see spot on the front. The rear includes a single 2.5 Gbps connection and four Gigabit LAN ports for wired connections, and a USB-A 3.0 port for network storage.

At $429.15, the CAX80 doesn’t come cheap and might be overkill for many users. It’s still a viable choice for people looking for a comprehensive package with fast internet and Wi-Fi speeds. 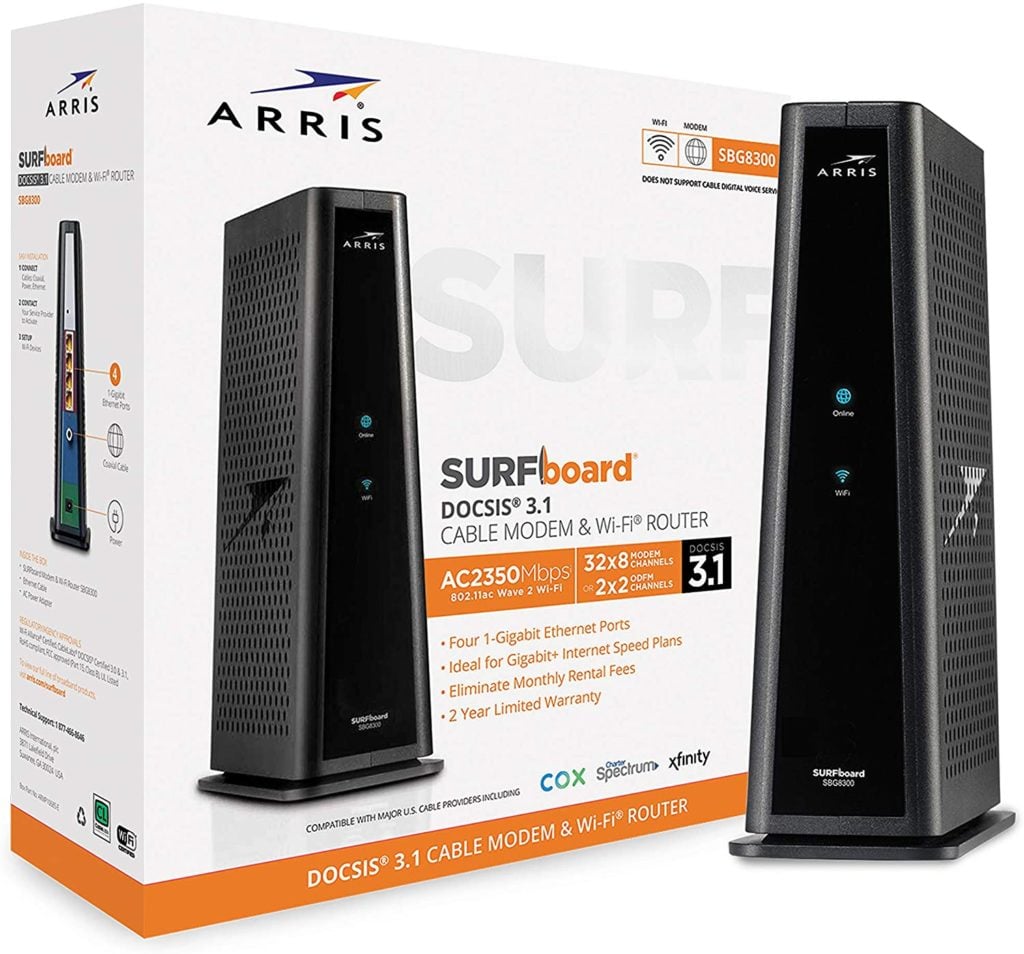 The ARRIS SURFboard SBG8300 offers great bang for the buck and delivers fast internet speeds and dual-band Wi-Fi in an affordable package. It has a vertical brick-like shape that saves space with four Gigabit LAN ports for wired connections.

As a dual-band router/modem combo, the SBG8300 offers speeds of around 800 Mbps on the 5GHz channel and around 200 Mbps on the 2.4 GHz channel. It can work with internet plans up to 4Gbps with up to 45 concurrent devices and has a decent range of around 3,000 square feet (279 square meters).

This modem is reasonably-priced at $198.99, but it has limited compatibility. It doesn’t work with carriers like Verizon and AT&T, so it’s worth researching before putting down your cash. 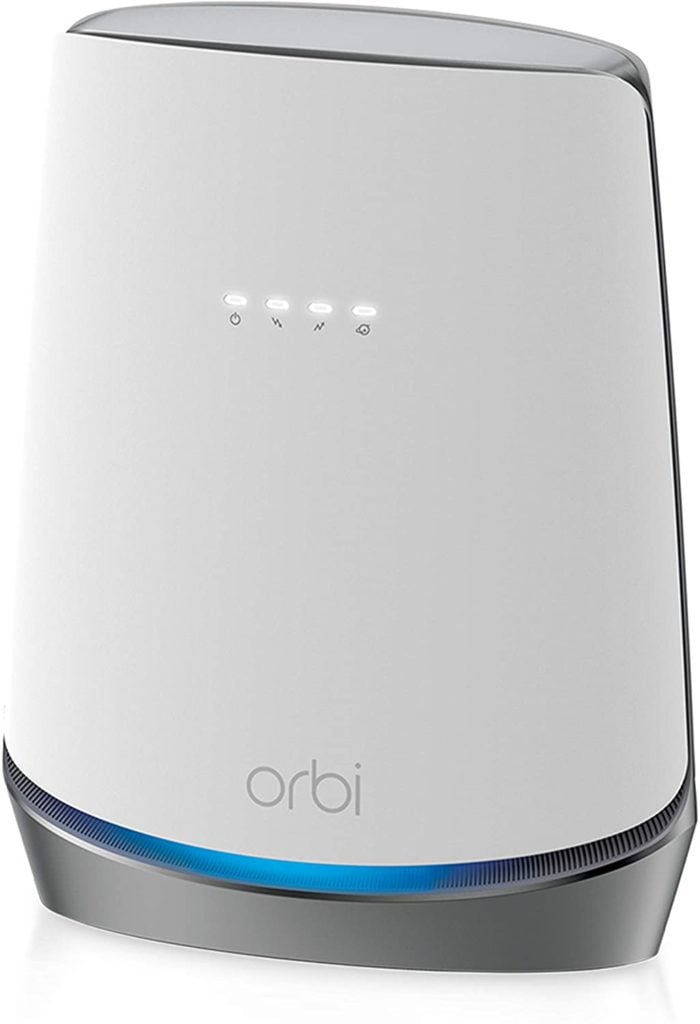 Buyers who need more coverage because they have a large home or office can check out a mesh modem like the Netgear Orbi. Mesh systems include a central modem as the internet gateway that works with satellite access points in the same network for broader coverage. A single Orbi modem has a 2,500 square feet (232 meters) range, and each satellite adds another 2,500 square feet to it.

The Orbi supports 4 Gbps plans and includes Wi-fi 6 compatibility. It has tri-band capability with a 2.4 GHz channel offering up to 1,200 Mbps and a 5.0 GHz channel with up to 2,400 Mbps. There’s also another 2,400 Mbps 5.0 GHz dedicated to communication between the router and its satellites for channeling network traffic more efficiently. Those who prefer a wired connection can use the four Gigabit Ethernet ports and a 2.5 Gbps WAN port for the internet line.

It’s not worth getting the Orbi if you don’t need the range, especially at $479.99 for the standalone router. If you need wide coverage, it’s one of the best options and can work with up to four satellites to increase the range to 12,500 square feet ( 1161 square meters). 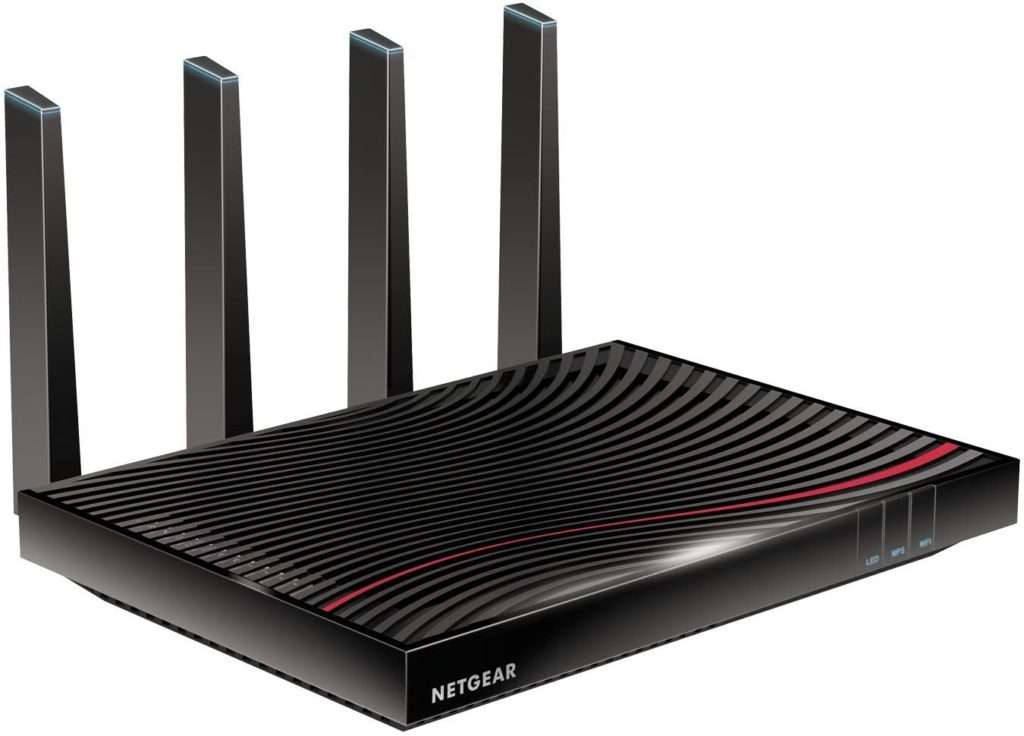 Netgear’s Nighthawk C7800 has a more conventional horizontal shape than the other modems mentioned so far, but it matches and even surpasses some of their performance. It features Netgear’s black-box design with four Gigabit Ethernet ports and a single coaxial port for the internet connection. There are also two USB 3.0 ports for network storage devices.

The C7800 offers wide coverage and fast ethernet speeds, but it’s also the most expensive at $429.99. It’s still a worthwhile option for gamers, but it faces stiff competition from the marginally cheaper CAX80. 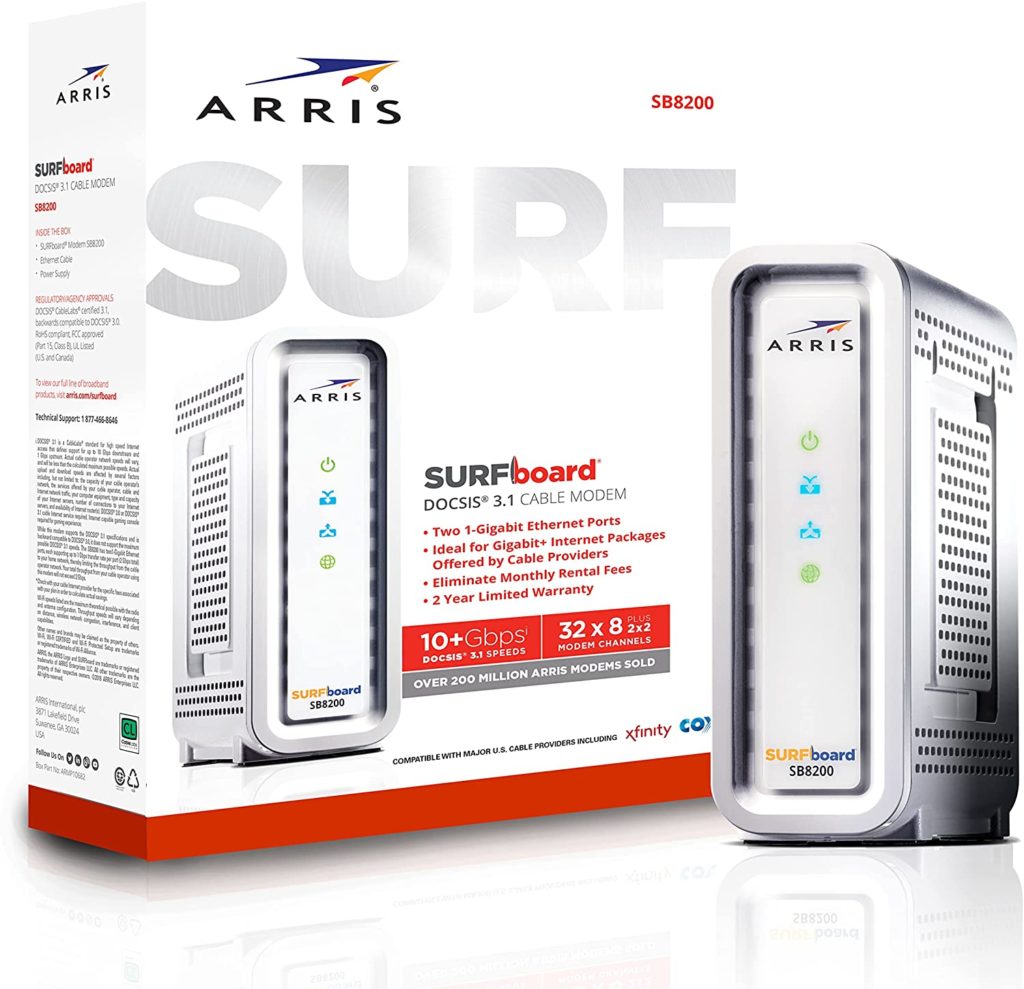 Some buyers don’t need the fastest speeds or most advanced features and just need an affordable modem that gets the job done. The ARRIS SURFboard SB8200 costs far less than its rivals on this list because it’s a standalone modem without a built-in router function. It’s a practical option for buyers who already have a router, but it might not be worth it for those who don’t and need to get one separately.

It is no surprise that the SB8200 only has a pair of Gigabit LAN ports instead of the standard four. At least it makes up for it with processing power courtesy of the 3 GB of RAM and 128 MB of storage space. The top speed of 2 Gbps is slower than the other modems listed here but should be enough for most games.

For $144.05, the SB8200 offers basic internet connectivity with no Wi-Fi capability. It has decent gaming performance and is one of the best options for people who already have a router.