S and A Tier Survivors.

There are 30 playable Survivors in Dead by Daylight, ready to be played at a moment’s notice; similar in total characters compared to the available Killers in the game.

Unlike the Killers, the Survivors in Dead by Daylight are more straightforward. They’re essentially copies of each other; same move speed, action speed, and near-identical gameplay. However, they each feature their own appearance, voice, costumes, and most importantly, each Survivor comes with three perks exclusive to them. Albeit, once you get to them to a certain level, you can unlock those perks for fellow Survivors.

Although unlocking character-exclusive perks for fellow Survivors is possible in Dead by Daylight, the three Survivor exclusive perks are core considerations that went into this Tier Listeasily making up the most considerable differentiation between Survivors. Beginner friendliness, teachable perk potential, and stealth-like ability are also factored into this roundup. 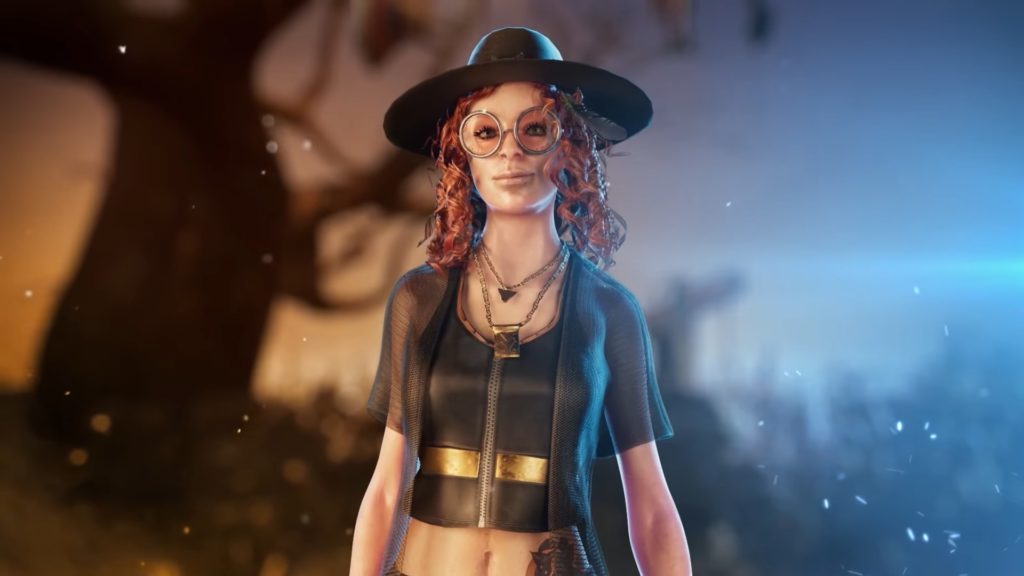 Coming in at the number one spot, Mikaela Reid comes with dominant Perks in Boon: Cycle of Healing and Boon: Shadow Step. Boon Perks allow Survivors to bless Totems; Cycle of Healing allows Mikaela Reid to heal 50 percent faster when within 24 meters of her Boon Totem. Additionally, Survivors can heal with a 90 percent speed bonus without requiring a medkit. Another Perk, Clairvoyance, provides a means for gathering information on Exit Gates, Generators, Hooks, Chests, and the Hatch after destroying a Totem. Each are revealed within a 64 meter range for 10 seconds. Lastly, Mikaela Reid is a small character model, making her tougher for the Killer to spot. All in all, Mikaela Reid provides a ton of value for her fellow Survivors and should be a consideration for team-oriented play styles. Her healing and capability to establish where important resources are across the map can’t be overlooked. 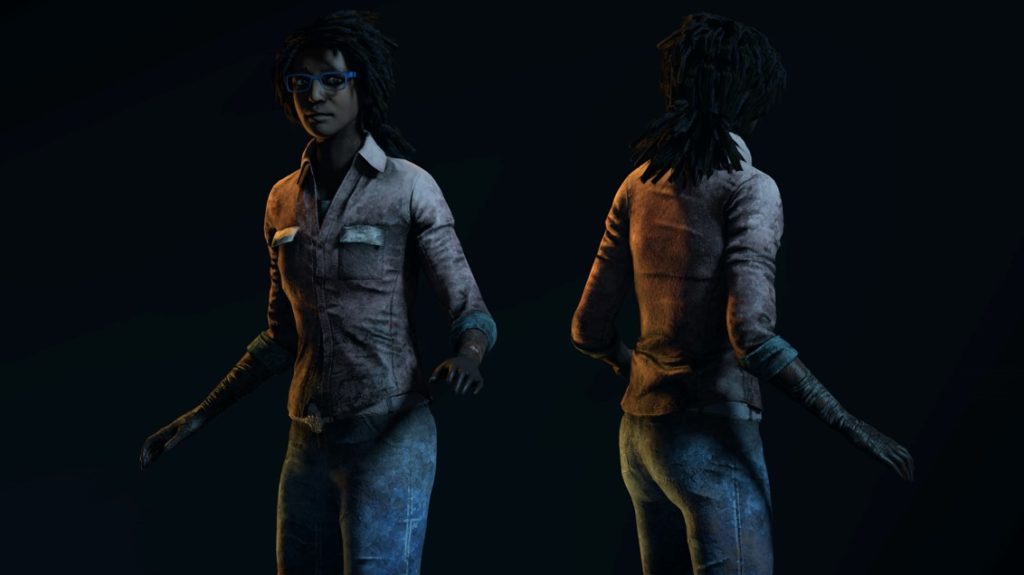 Claudette Morel features Botany Knowledge, a Perk that grants a 33 percent base boost to healing speeds, along with making all healing items 33 percent more efficient. Simple, yet extremely useful. Empathy reveals the Aura of injured or downed Survivors within 120 meters. Each of these Perks pairs up nicely with each other, allowing Claudette Morel to quickly healall the while keeping an eye on Survivors requiring help, and the likely whereabouts of the Killer. Lastly, Self-Care allows her to heal without a Medkit, albeit at 50 percent of the standard healing rate. Slow, but having the option to self-heal whenever demanded as often as possible is critical in Dead by Daylight. 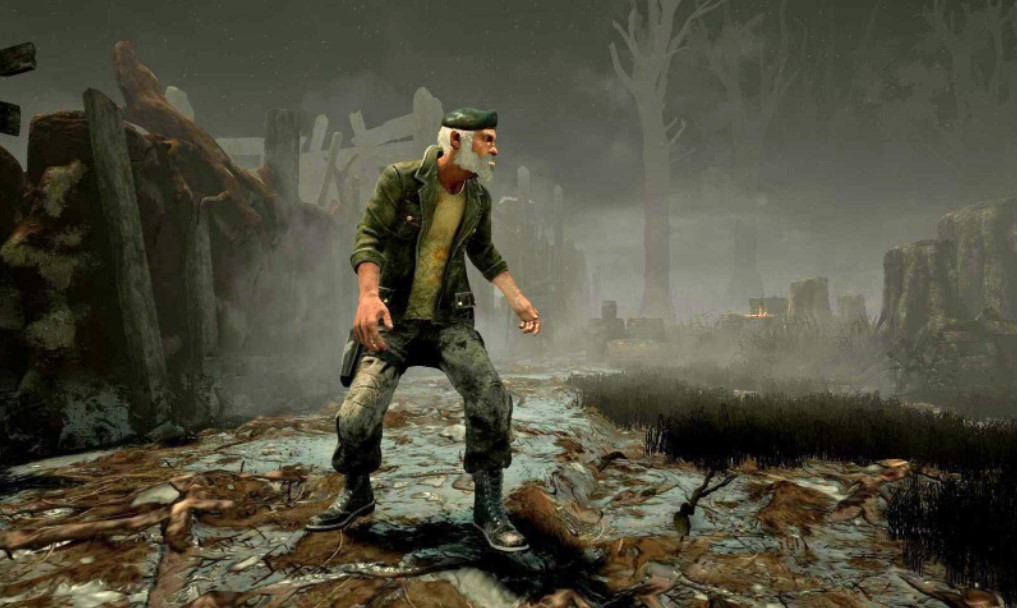 Hailing from the Left 4 Dead franchise and having made his appearance in Dead by Daylight, Bill Overbeck features two excellent perks that catapult him into the top Tier: Unbreakable and Borrowed Time. Unbreakable allows him to fully recover from the dying state at double the standard speed. Simple, but incredibly practical. On the other hand, Borrowed Time fuels Bill with unexpected energy when saving an ally from a hook. For 12 seconds after unhooking a Survivor, the unhooked Survivor is protected by the Endurance status effect. If they’re hit by a Killer during this time, they’re put into the Deep Wound state instead of being downed. This comes in handy if the Killer is in close proximity, with ambitions to go after the unhooked Survivor right away. These two perks make for a tough time for any Killer to counter. 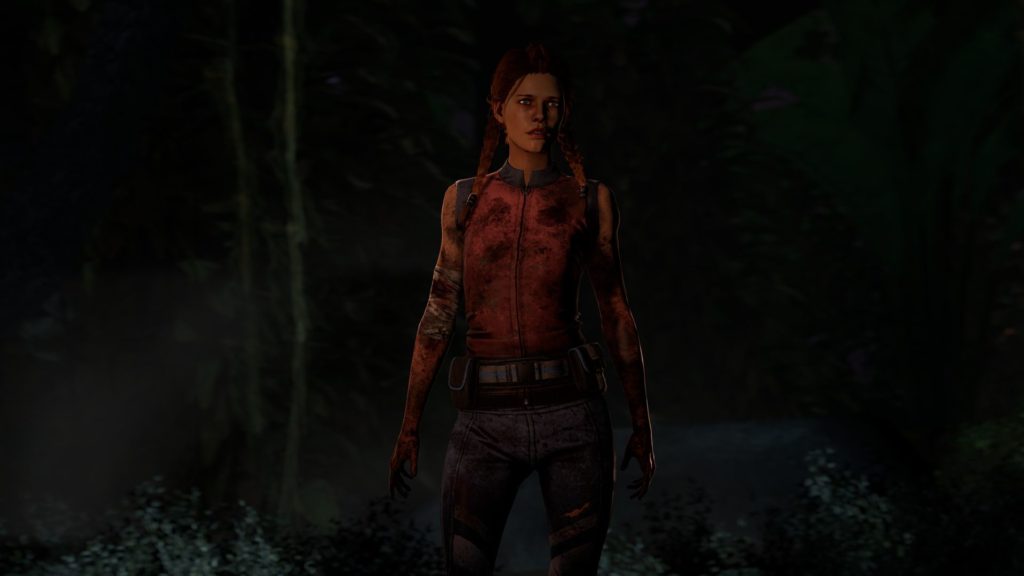 Featuring one of the best exhaustion perks in the game in Sprint Burst, Meg Thomas is granted a brief speed boost upon sprinting. Straightforward, yet incredibly valuable in scenarios where the Killer is lurking nearby. Sprint Burst also means strong map traversal and good head starts during rapid chases. On top of that, upon the Exit Gates powering on through repairing every Generator, Adrenaline kicks in, instantly healing one Health State and buffing sprinting to 150 percent of her normal running speed for five seconds. Lastly, Quick and Quiet makes any fast actions completely silent. This incentivizes stealthy play, which pairs nicely with the overall swiftness of the first two perks. All in all, Meg Thomas is built for a speedy playstyle. 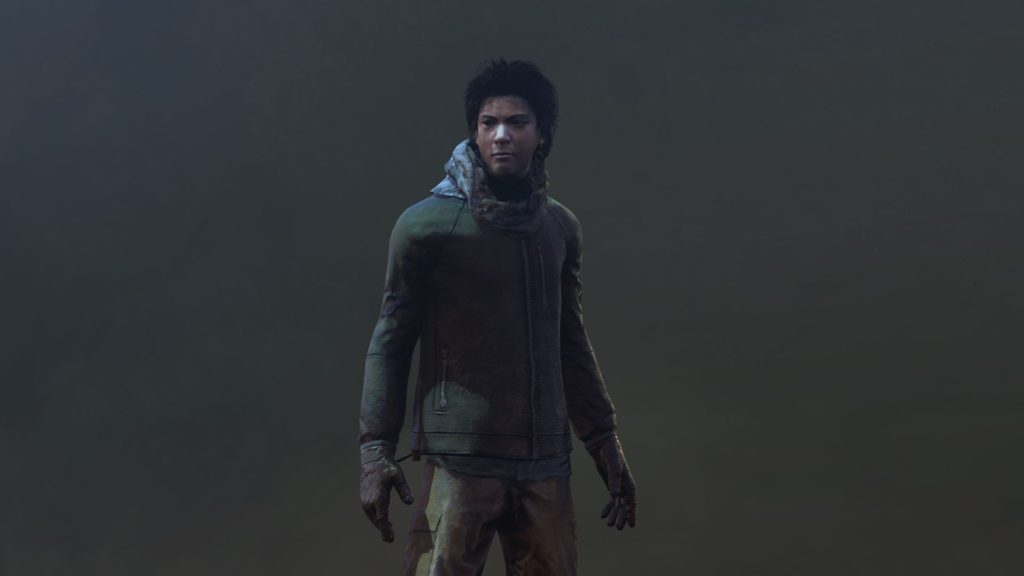 Jake Park features one of the best perks in the game: Iron Will, which reduces Grunts of Pain by 100 percent, making him completely silent while injured. Considering the Killer’s perspective is in first person, this perk is super beneficial for escaping the Killer while injured. Hiding is so much easier when Grunts of Pain is taken out of the equation. Another perk of Jake Park’s is Saboteur, allowing him to sabotage hooks without a toolbox, revealing hook auras when a teammate is being carried within 56 meters. By no means as useful as Grunts of Pain, it still has its benefits in certain situations. For Survivors who enjoy hiding from the Killer in creative ways, Jake Park won’t make a sound when you find the perfect hiding spot. 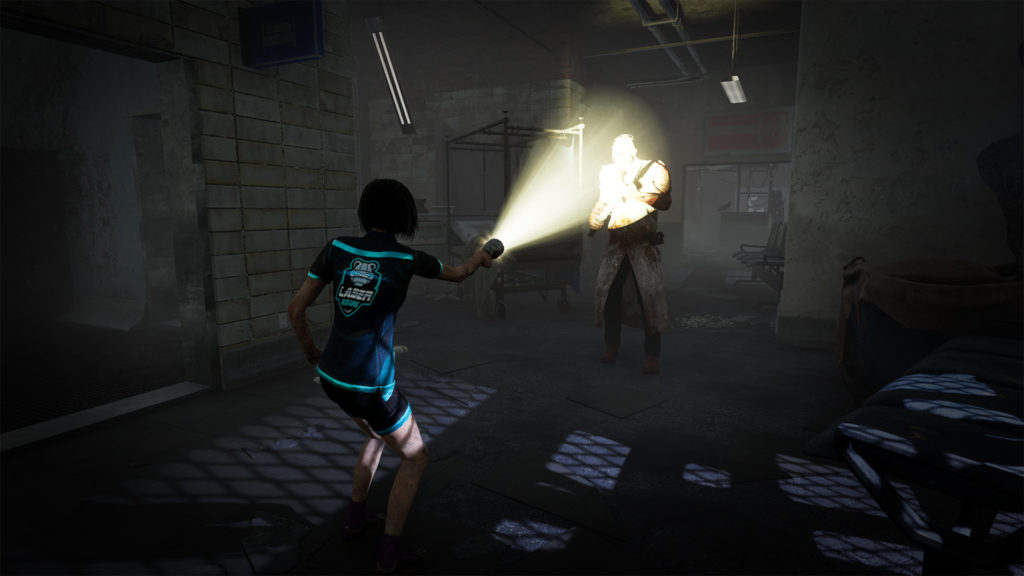 For Survivors new to Dead by Daylight, Feng Min is a solid choice. She’s quick in evading the Killer and while repairing generators because it won’t blow up when she misses skill checkswhich can take some time as a beginner. When the Killer breaks a Door, Pallet, or Generator, she’s able to see the Aura of those for five seconds, thanks to the perk Alert. One of her best perks is Lithe, which grants a speed boost when performing a successful fast vault. This gives her a good head start when the Killer is in close proximity. If you’re aiming for a well-rounded Survivor, Feng Min fits the bill, and shouldn’t be overlooked when striving to get a feel for the game. 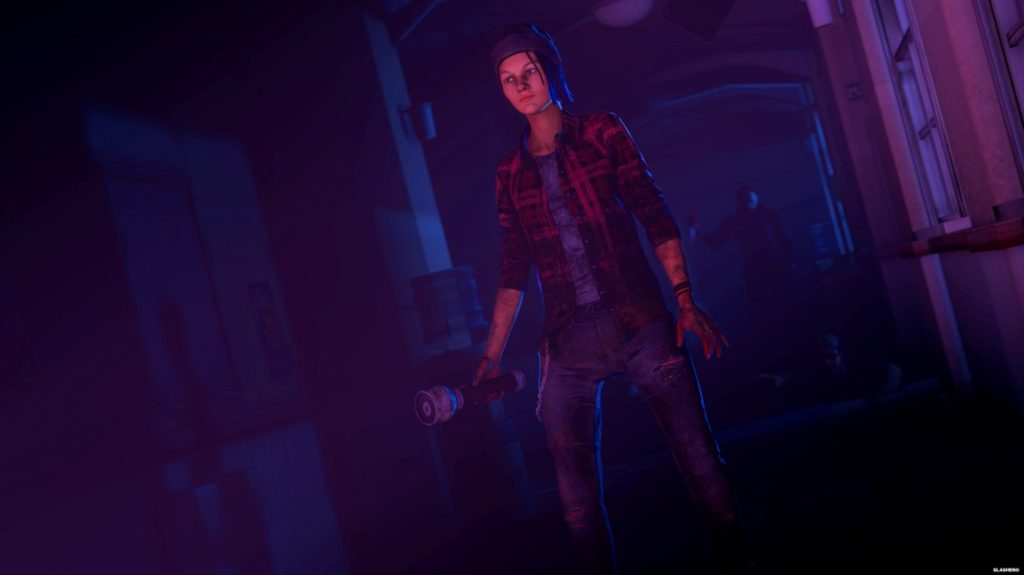 Nea Karlsson has her best Perk in Balanced Landing, which grants a speed boost when falling from heightsideal for jumping off of balconies or through holes in the flooring. As one can imagine, this Perk is situational depending on the map being played, shining bright in indoor-type environments. Another useful one, Urban Evasion, boosts crouched movement speed by 100 percent. For players who enjoy stealthy play, this is the ideal perk for sneaking around the map at double speed. Lastly, Streetwise decreases the depletion rate of items by 25 percent and extends its effect to all Survivors within eight meters. Nea Karlsson offers a combination of stealth and evasiveness, two attributes that compliment each other nicely. 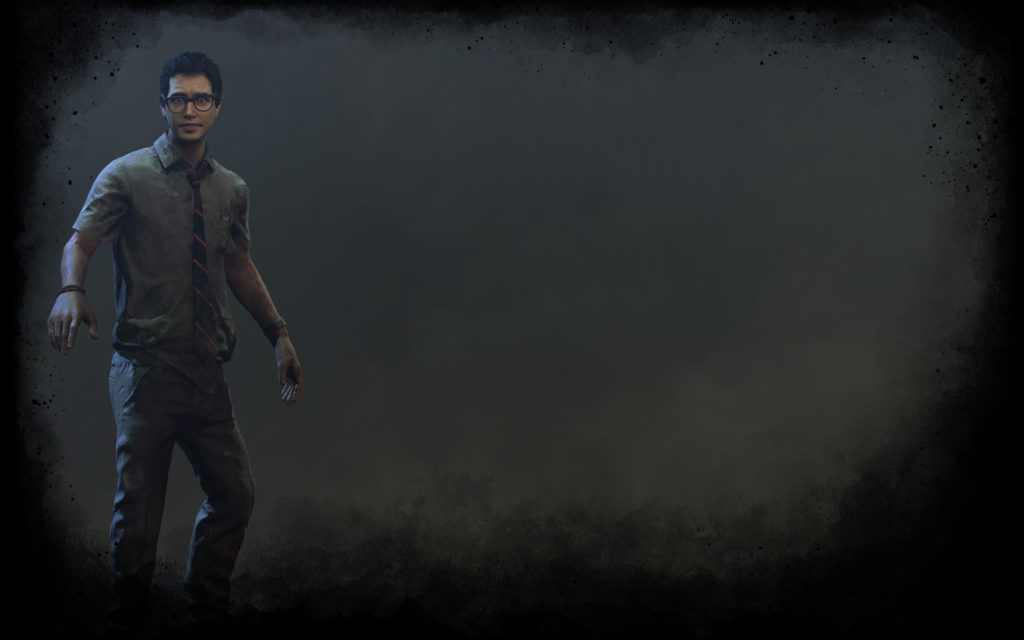 For getting generators repaired quickly, Dwight Fairfield is the Survivor for the job. He features the Perk Prove Thyself, boosting speeds by 15 percent for every Survivor working on a generatorup to 45 percent. Another one, Bond, reveals fellow Survivors’ aura within a 36-meter range. Lastly, Leader, grants a 25 percent speed buff to actions for other Survivors when they’re within 8 meters of you. Dwight Fairfield encourages fast action speeds, helping team members repair generators as quickly and efficiently as possible, while keeping an eye on fellow Survivors, encouraging clear communication between fellow players. 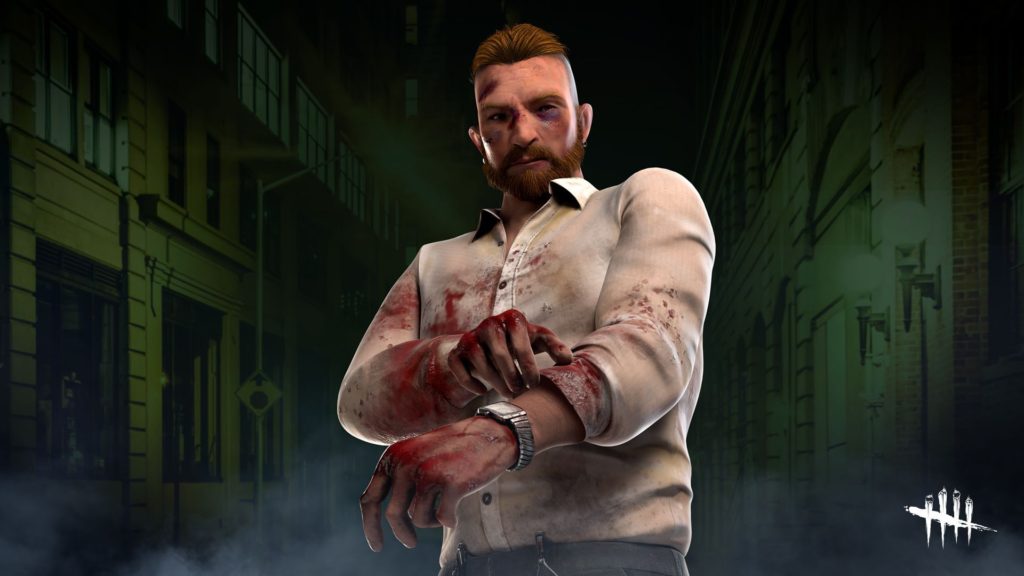 In many players’ eyes, David King has the best exhausting perk in Dead by Daylight in Dead Hard. This perk allows him to boost forward a short distance and negate all damage briefly; perfect for gaining distance, dodging, and baiting swings from the Killer. It’s worth mentioning nailing the timing successfully with Dead Hard isn’t easy, requiring plenty of practice to get it just right. However, once figured out, it’s the type of perk you’re always going to want, regardless of playstyle, map selection, and fellow Survivors’ playstyles. A second perk, We’re Gonna Live Forever, increases healing speed by 100 percent when healing a dying Survivor. When it comes to being a master of dodging Killers, David King is the go-to Survivor for the job. Kate Denson is able to identify all pallets, windows, and breakable walls in a 32-meter range thanks to Windows of Opportunity. This offers an excellent method in strategizing a plan of escape when warranted, along with knowing valuable resources nearby. Another perk, Boil Over, triggers while being carried by the Killer. When activated, struggling becomes more intense for the Killer while they’re carrying her. Additionally, the auras of all hooks within 16 meters of the Killer disappear. She also produces quiet noises and is a small character model, helping out further in escaping threatening situations unscathed. When it comes to having a plan of escape mapped out, Kate Denson’s got it covered.

Latest comments
No comments yet
Why not be the first to comment?
Featured news
Best of10 days ago

Read more
Best of11 days ago

Read more
Best of17 days ago