Riot Games released the most-played Legends of Runeterra champions for the A Curious Journey Seasonal Championship this weekend via the Americas region, with Aphelios/Fizz and Pantheon/Yummi tallying in as the most popular decks getting played.

Scheduled to take place on May 21, the top 32 Legends of Runeterra players from the Americas shard will compete in the A Curious Journey Seasonal tournament for a chance to earn a direct invite to Worlds. Despite server errors occurring during the open rounds of the Seasonal, the show will go on with Riot providing the top four players in each regional shard a direct invite to the LoR World Championship later this year.

The top 32 of the Americas shard for the U.S. includes veterans like Aikadoa and XXWhatAmIXX, along with up-and-coming longtime players like RealPrismsWord. And they’ll compete against top players like ChronoMirage, Ez2Win, Kevor24, Mystics, and Tomaszamo. 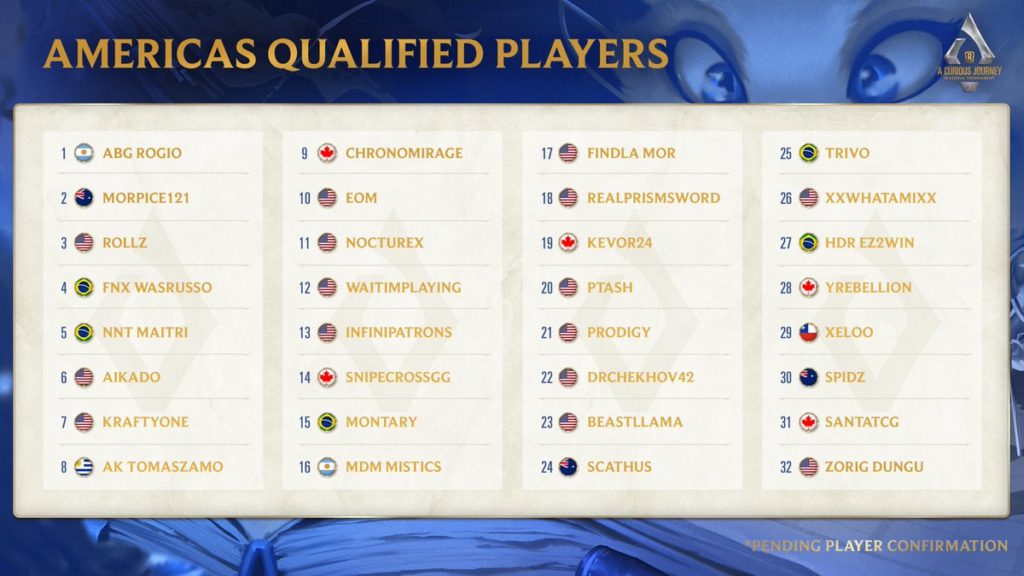 Each player is allowed to bring a total of three decks to a Seasonal Championship, with one deck getting banned at the beginning of a match. Once a player wins with a deck, they are not allowed to use it again during that match. Of all the decks submitted via the Americas top 32 players, Aphelios/Fizz and Pantheon/Yummi decks were the most popular.

The most popular deck from the top 32 players in the Open Rounds was Afaelios, followed by Pantheon Demacia and Scouts.

See how the competitive meta will be shaken up this Saturday on https://t.co/4W6CwQLEg0 for the Playoffs! pic.twitter.com/9GdEnN8Ae2

On the heels of the Midrange builds were Aggro decks running Miss Fortune/Quinn, along with several Pirate decks playing Gangplank. Viego climbed his way up the meta list, getting equal representation to the Taliyah/Ziggs decks, while a handful of players are running Ekko/Zilean builds.

Fans can watch the action unfold in the LoR Seasonal tournament on May 21.

Latest comments
No comments yet
Why not be the first to comment?
Featured news
Legends of Runeterra9 hours ago