The store event offers both paid and free cosmetics for players to unlock.

The Awakening event might have just ended, but the content doesnt stop for Apex Legends. With the end of the collection event came a new store event today: the Summer Sundown Sale is now live in the game.

The highlight of the new sale is the Fluorescent Tech legendary skin for Valkyrie. After the Awakening collection event featured Valkyries heirloom for players who unlocked all the event cosmetics, it will take a pretty special skin to get Valk mains to drop more money on their favorite character. Fortunately (or unfortunately, depending on the state of your wallet), the new skin looks fantastic. 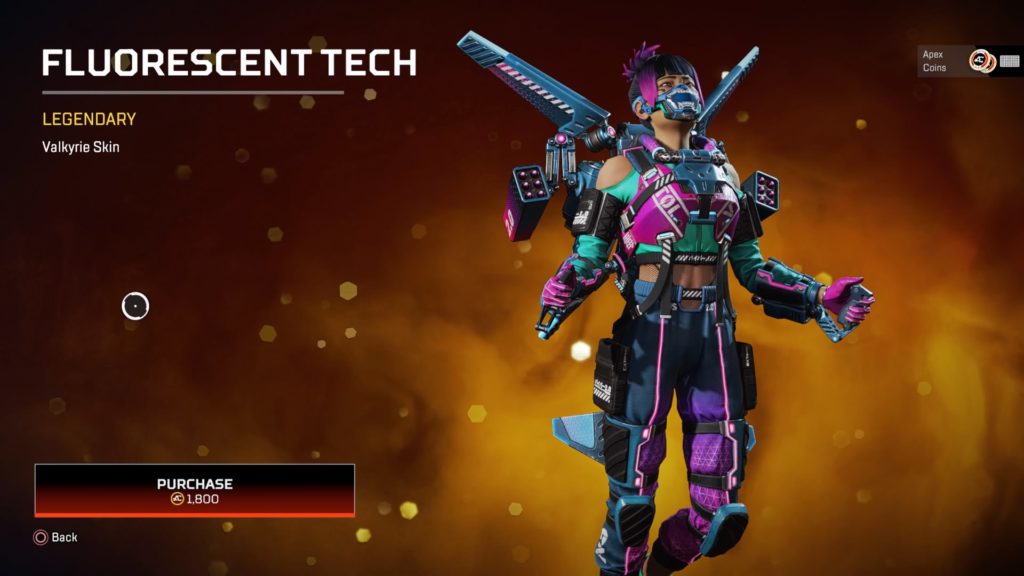 Fluorescent Tech is special because its one of the rare legendary skins that also incorporates animated elements. Usually, legendary legend skins change the model of the character, while epic skins feature animations. This legendary skin, however, features both, with new hair and clothing for Valkyrie, and an animated face mask that looks like teeth biting down. Its a cool look and one that many Valk fans will be eager to get their hands on.

The Summer Sundown store event also includes a free prize tracker for players to unlock rewards just by playing. Players can unlock stars toward completing their battle pass, crafting metals, an Apex Pack, and the epic-rarity Clutch holospray. The prize tracker gives even players who dont have money to spend something to grind toward and a little extra incentive for completing daily challenges.

Finally, the Summer Sundown Sale also gives players an opportunity to buy skins bundled together with large amounts of Apex Packs at a discounted price. Gibraltars Booming System skin and the Night Crawler skin for Mirage, both offerings originally from the Apex X Market collaboration, can be purchased alongside bundles of 30 and 40 packs, respectively, while the Fluorescent Tech bundle comes with 60 packs. Theres also weapon charm bundles that come with 20 and 100 packs. These discounted pack bundles give players trying to unlock Heirloom Shards a slightly cheaper option for unlocking many packs at once, and theyre only offered semi-regularly.

The Summer Sundown Sale gives players a good variety of options in terms of cosmetics to unlock, whether players want to spend money or if they just want to play the game for free. It will be available for two weeks, with the sale and prize tracker both ending on July 19.