It's going to be a scary good time!

Monsters Within, the three-week Apex Legends Halloween event announced last week, is now live on all platforms. While the event isn’t introduce any balance changes, it’s still going be a spooky shakeup for the Apex Games.

Here’s everything arriving in the battle royale with the latest event.

With the release of Monsters Within, Arenas is getting a new map: Encore, a combination of stage and fields from Seer’s home planet of Boreas. The map features a variety of places for legends to hide, including the stage area, a VIP lounge room, and a wide-open front garden. Hopefully for fans, the map will breathe new life into the much-complained-about mode. 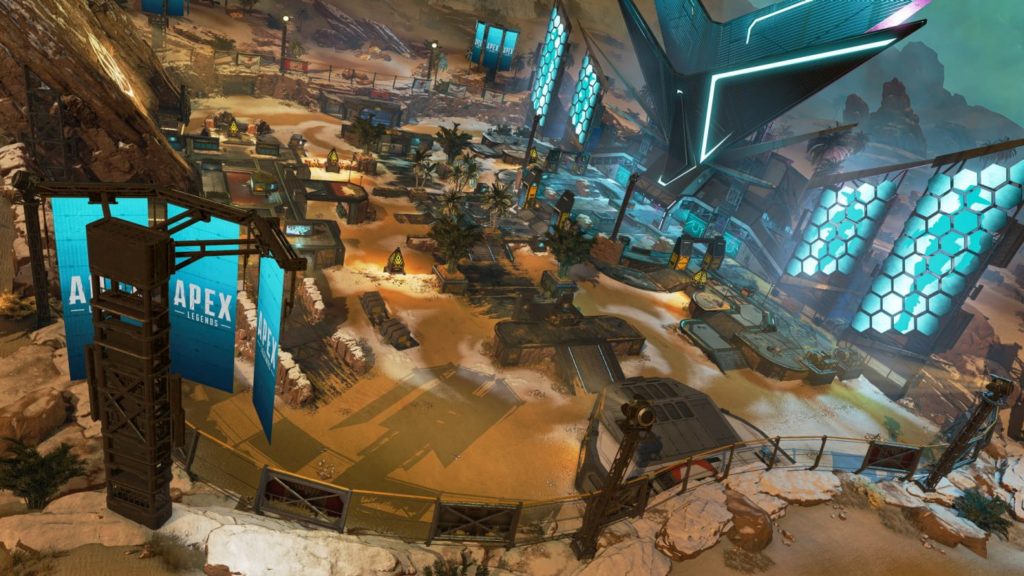 From Oct. 26 to Nov. 2, the last week of the event, the popular Shadow Royale mode will be making a return. During Shadow Royale, teammates killed in battle royale will respawn in Shadow Form and can help teammates who are still alive. Squads aren’t eliminated until the last living member dies. 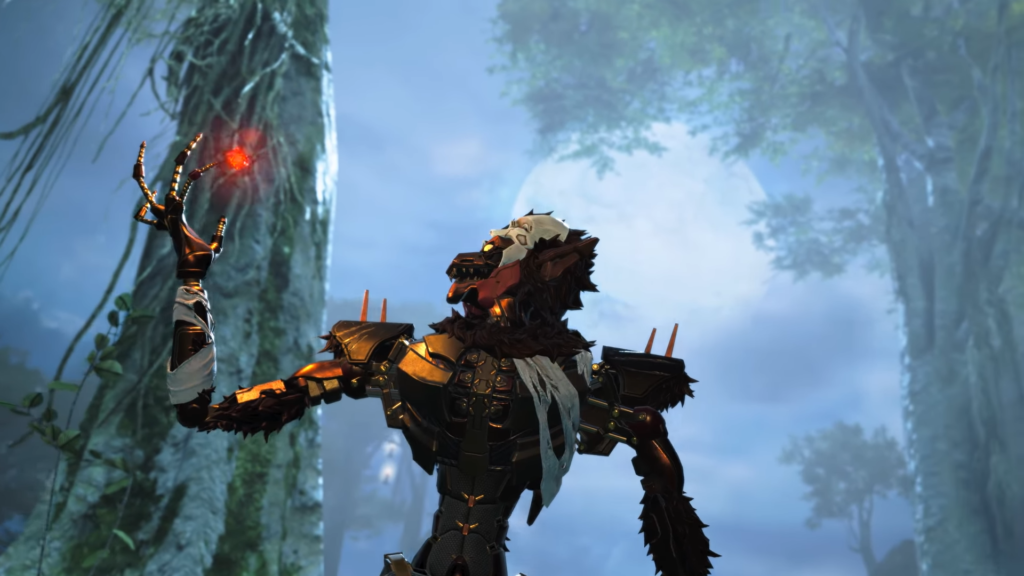 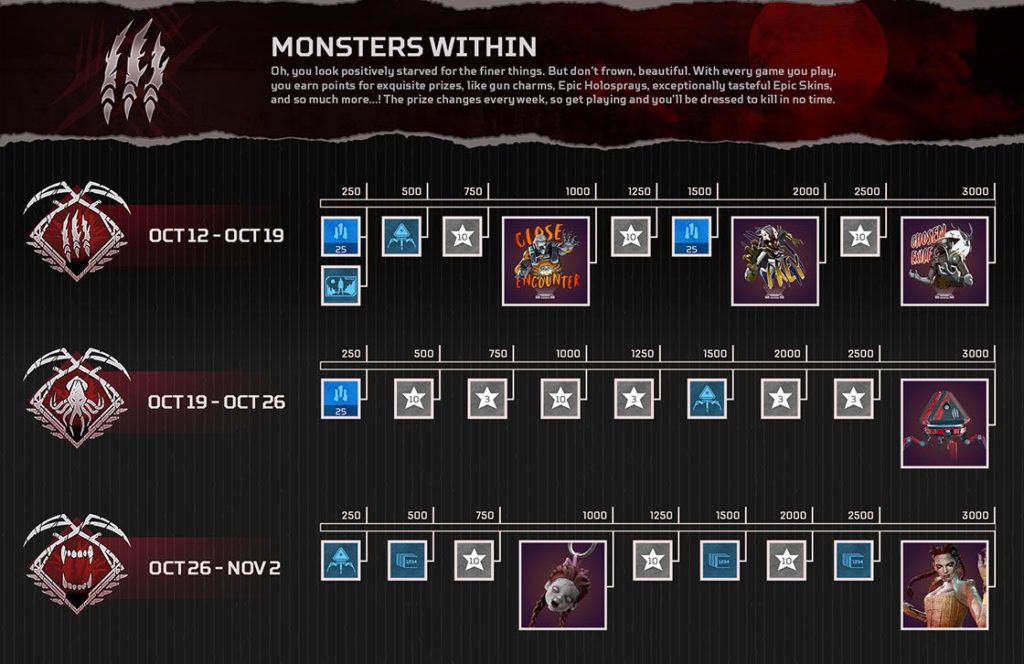 Monsters Within includes three different reward tracks, one for each week that the event is live. Each grants unique-themed cosmetics, including holosprays, themed loot packs, and a Loba skin. New skins for Revenant, Caustic, Bloodhound, and Seer are available to craft and can also be found in loot packs.

Popular skins from previous years’ Halloween events, including Wraith’s Mistress of Evil skin and Crypto’s Deadly Byte skin, can be purchased in the shop during the event. Players who are feeling lucky can also purchase limited-edition Monsters Within packs for 400 Apex Coins, which guarantee one non-duplicate event item.

The event runs until Nov. 2.

Apex’s next Stories from the Outlands drops Oct. 18