All the winners and losers of the Worlds 2022 group draw: Fnatic, Cloud9, more

Group of Death or Group of Life?

On Sept. 11, Riot Games revealed the groups for both the main event and the play-in stages of the 2022 League of Legends World Championship. We’ve been treated some interesting pairings and a raft of very competitive groups, with Cloud9, T1, and EDG in Group A and JDG, G2 Esports, and DK in Group B, to name a few.

While all teams will have to get ready and do their best to stay in the competition, the draws might directly impact some of the teams journeys at the biggest League tournament of the year.

It wont matter much for powerhouses like JDG or Gen.G, but for the wildcard regions or Western teams, matchups can be what allows them to advance to the next stage.

With Worlds starting at the end of the month, fans and teams alike are already eyeing down the matchups to place their bets on who will come out on top. Based on the draws, we have a good idea of which teams benefitted from these pairings and those that got the short end of the stick.

Here are the winners and the losers of this years Worlds draw, considering both the ones who qualified to groups as well as the ones in the play-in stage.

The 2022 Worlds groups draw is the following: 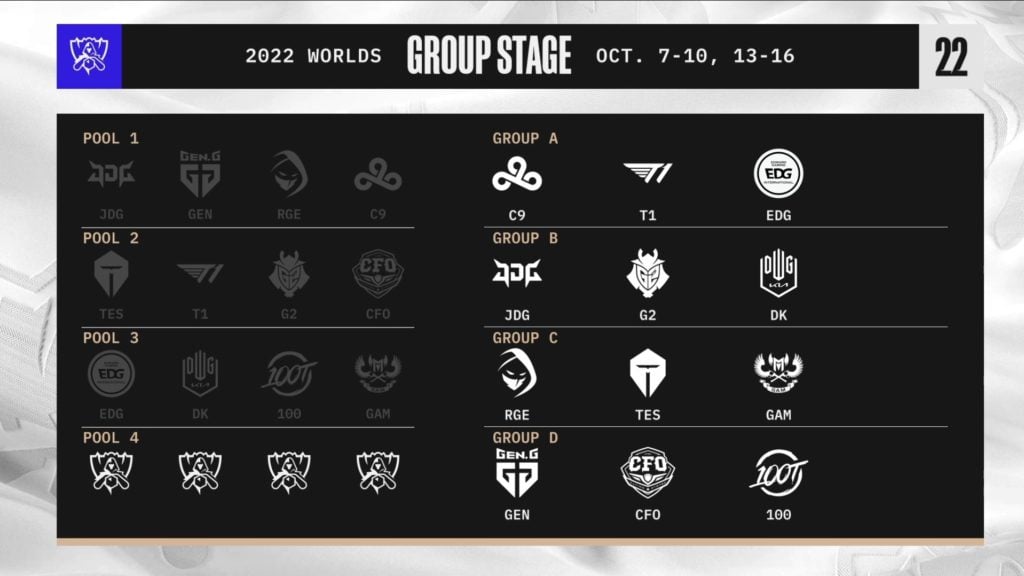 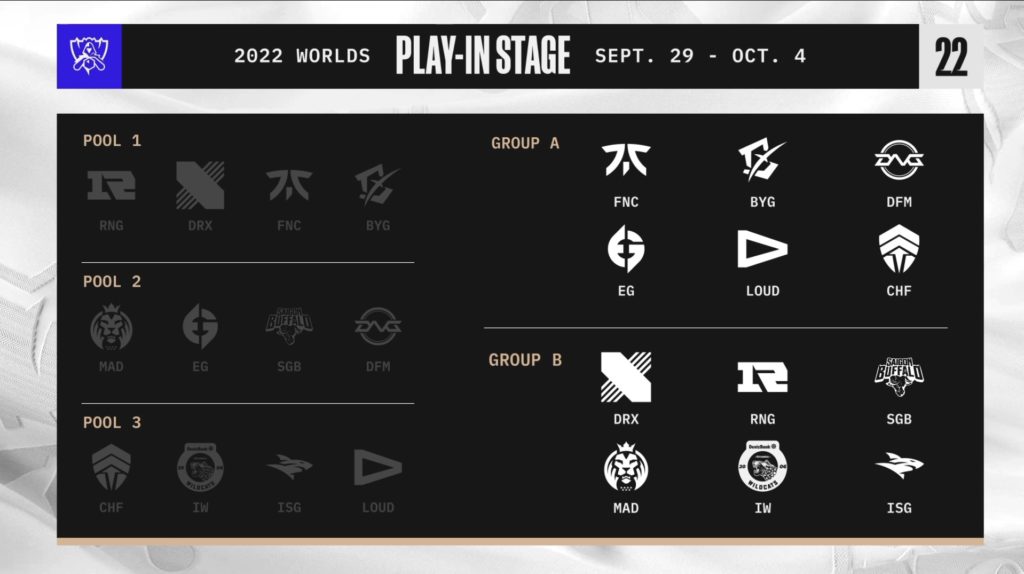 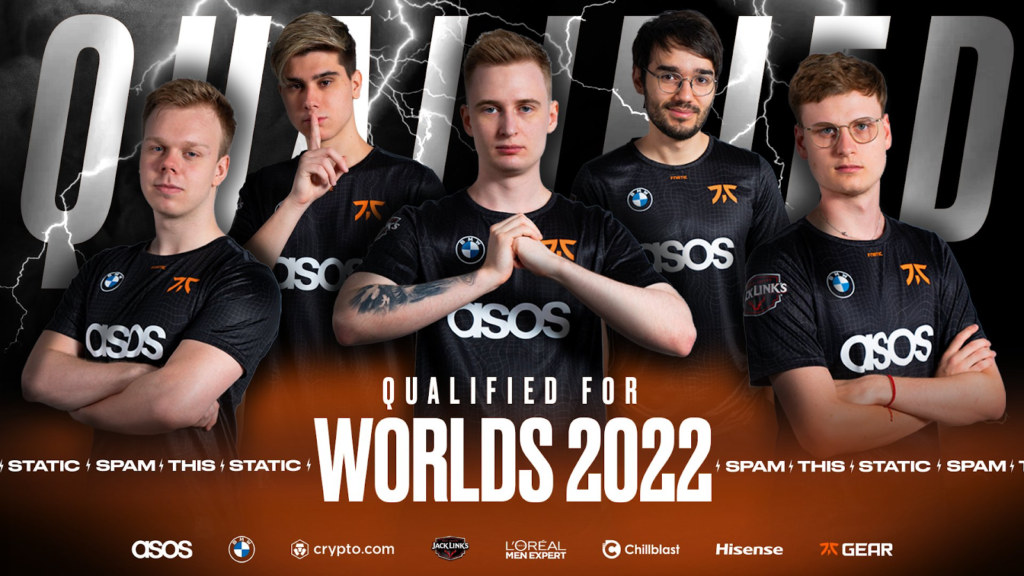 Overall, most Western teams had a lucky Worlds draw this year. Out of all of them, EUs third seed had one of the best pairings possible, dodging both LPLs fourth seed Royal Never Give Up, as well as the Korean team DRX.

Considering their recent form and the way they fought their way to the LEC Summer Playoffs semifinals from the losers bracket, as well as the bot-centric meta that favors them, Fnatic should have a solid chance of making it to the group stage, even though Beyond Gaming (PCS second seed) and Detonation FocusMe (LJL first seed) are not to be underestimated.

Evil Geniuses have had similar luck with the League draw. The North American team wont meet Chinese or Korean teams in their play-in group, but EG are facing a rather tricky problem with their own roster.

Before the LCS Summer Playoffs semifinals, AD carry Kyle “Danny” Sakamaki stepped down from the starting lineup. EGs Academy marksman Muhammed Hasan “Kaori” Şentürk replaced him, and despite performing well, EG lost the possibility of taking the second seed for Worlds when they lost to 100 Thieves in the semifinals.

Questions center whether Danny will be able to return in time for Worlds and if the team will prepare well for the tournament. Not only that, but EG might have a tougher time compared to Fnatic if they advance to the group stage; the team will end up in either Group B or Group C, which are both considered challenging due to the presence of first seed or second teams from the LPL and the LEC, like JDG, TES, G2, and RGE, in addition to Damwon Kia. All of these teams can count on equal if not stronger individual talents, as well as having much better execution of macro play and teamfighting.

Rogue are coming into Worlds as the current LEC champions, having destroyed G2 Esports 3-0 in the finals. Their dominant win might have raised the expectations for the European team, who were quite lucky to end up with LPLs second seed Top Esports and the VCS team GAM Esports. 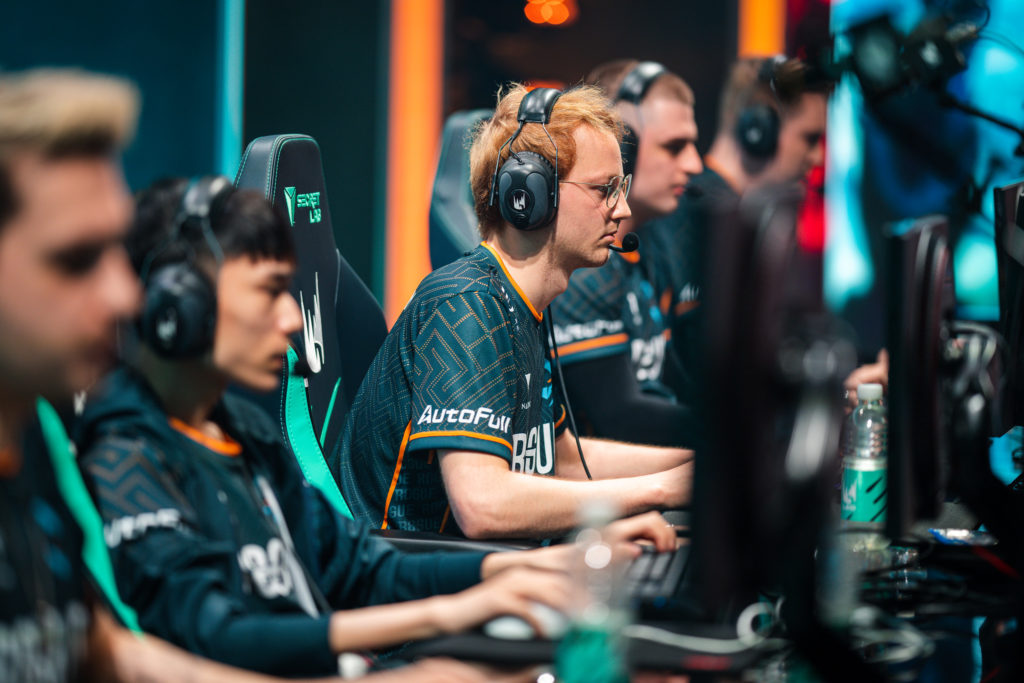 In such a group, Rogue have a strong chance of making it out if they play consistently. They might struggle against a team like Top Esports due to the TES teamfighting and individual prowess, but GAM and any team that comes from play-ins should be beatable opponents. The play-in teams level of play and macro are usually not as strong as the top teams, so Rogues main focus will be on beating GAM, who have had a successful split in the VCS, dominating Saigon Buffalo 3-0 in the finals.

They are a challenging opponent, but it is still better than getting matched with the other teams from pool 3, which should be at a higher competitive level (EDG, DK, CFO).

After ending up in the Worlds ‘Group of Death’ for two consecutive years, it seems like the Fortune Lady has chosen Rogue this time around. 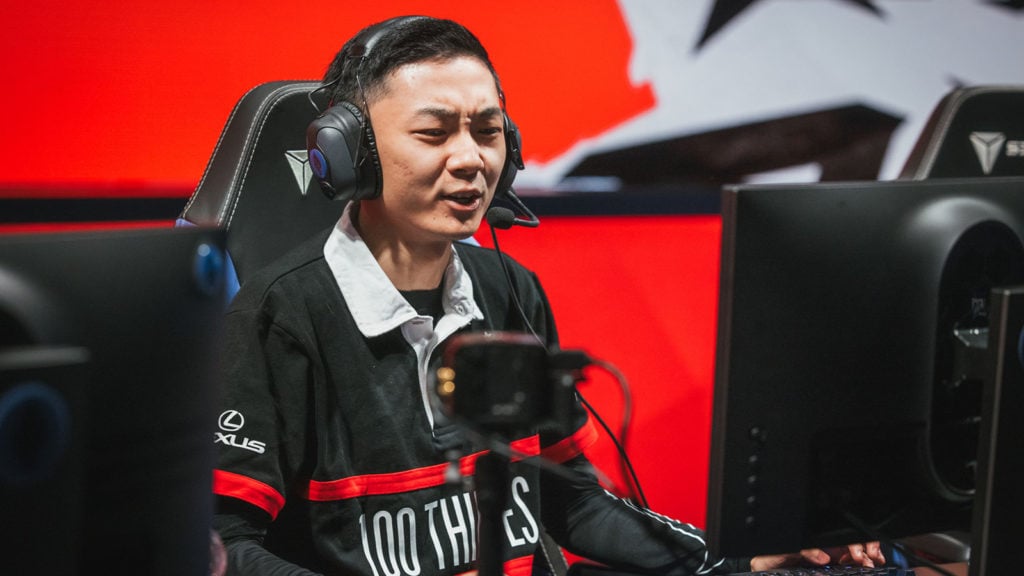 If EG had luck in play-ins, 100 Thieves had it even better. Despite ending in the group with the top LCK seed Gen.G Esports, 100T are also in the same group as CTBC Flying Oster, the PCS representative. Out of all the possible second seeds 100 Thieves could get, they likely got the weakest one.

Their group will also depend on who advances to the group stage, with the worst scenario being Royal Never Give Up if the Chinese team qualifies. Other than that, 100 Thieves might have the luck to reach the knockout stage.

Despite making it to Worlds as EUs fourth seed, fans have been skeptical about MAD Lions performance after they lost every series in LEC Summer Playoffs.

The LEC team seem to have lost direction; their drafts struggle in the current meta and they failed to find those same early leads in-game that allowed them to end second in the regular split. While they still made it to Worlds, MAD have ended up in the same group as DRX and RNG.

Both DRX and RNG have looked stronger in the most recent regional finals, having found an identity that matches the players strengths. DRX can not only rely on Deft to carry but also their mid laner Zeka, who has had a solid split, with an average of 4.3 KDA and almost equaling Deft on total damage output at around 27% within the team.

RNG has the super carry GALA, who is responsible for almost a third of the teams total damage output, as well as reliable secondary carries like Xiaohu and Breathe, who have respectively averaged 4.9 and 3.7 KDA in the LPL summer split.

We also must not count out Saigon Buffalo; the Vietnamese teams are known for being dark horses and making upsets against better teams. With play-ins starting on Sept. 29, MAD Lions might need a serious miracle to advance.

Before the LEC Summer Finals, everyone expected G2 to dominate EU and head to Worlds as the first seed. Now, not only did G2 get the second seed, but their finals performance might raise some doubts about their level for the big competition.

To add insult to injury, Caps and his team were placed in the same group with the favorites and current LPL champions JDG Gaming, as well as the third seed and last years Worlds finalist DAMWON Kia. Its one of the worst combinations for a second seed and definitely the big Group of Death of this years Worlds 2022.

Hoping they can recover from the loss of form seen in the LEC final, G2 will still likely struggle more than other teams to get at least to quarterfinals.

Coming in as the first seed from NA, Cloud9 has had probably one of the worst drawings. Ending in the same group as T1 and EDG means C9 will have to beat at least one of them if the team wants to make it out alive.

Whats positive for them is that the fourth team coming to group A shouldnt be too strong. Aside from that, Cloud9 are usually a team that performs and delivers at international stages: will they make it to the Knockout Stage once again?

Well have to wait until Oct. 7th to find out, when Worlds groups get underway.