While the Apex Legends Global Series held fans’ attention this morning, the official broadcast took the opportunity to tease the season 13 gameplay trailer, set to release on Monday. The gameplay teaser confirmed what several leaks and rumors, as well as the season launch trailer, suggested: the map changes in store for Storm Point arent just big. Theyre monstrous.

The sea monster that the legends defeat in the Saviors launch trailer is now confirmed as a new point of interest on Storm Point. The teaser trailer shows several characters standing in front of the creature, while new buildings have popped up around the carcass. 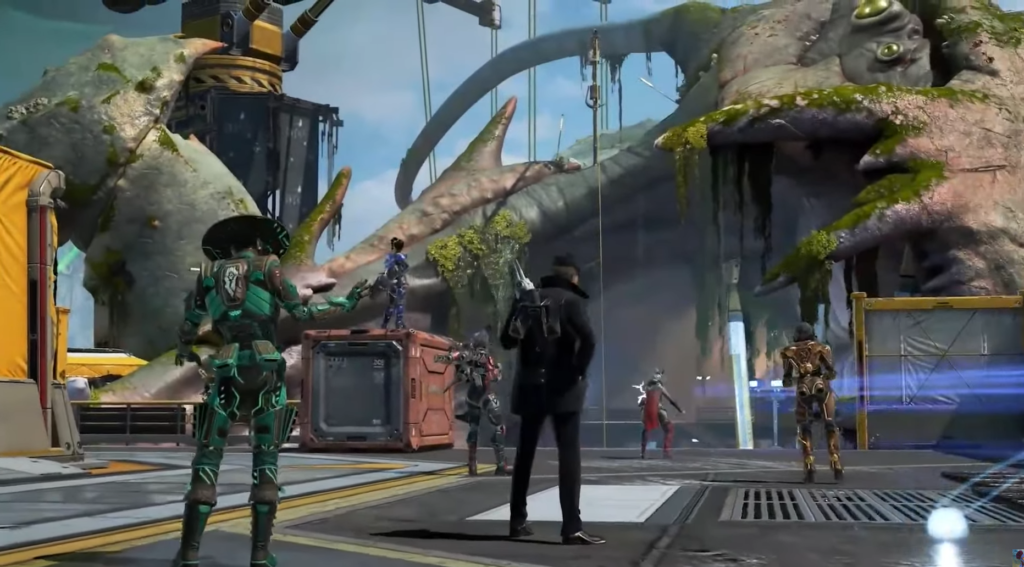 The teaser also shows the new IMC weapons caches that will populate the Storm Point map in various locations. The weapon caches are fairly large, easily big enough to hold a couple of teams fighting, as well as the Spectre units featured in the Saviors launch trailer. With so many vast open spaces on Storm Point, the weapons caches will provide players with welcome cover, in addition to the free loot inside them.

The trailer also confirms Newcastles abilities, showcasing his personal shield while dragging knocked teammate, the Mobile Shield tactical ability, and the Castle Wall ultimate. Finally, players got their first look at some of the offerings available in the Saviors battle pass, with some notable skins on Fuse, Bloodhound, and Mad Maggie in the final shot of the teaser. 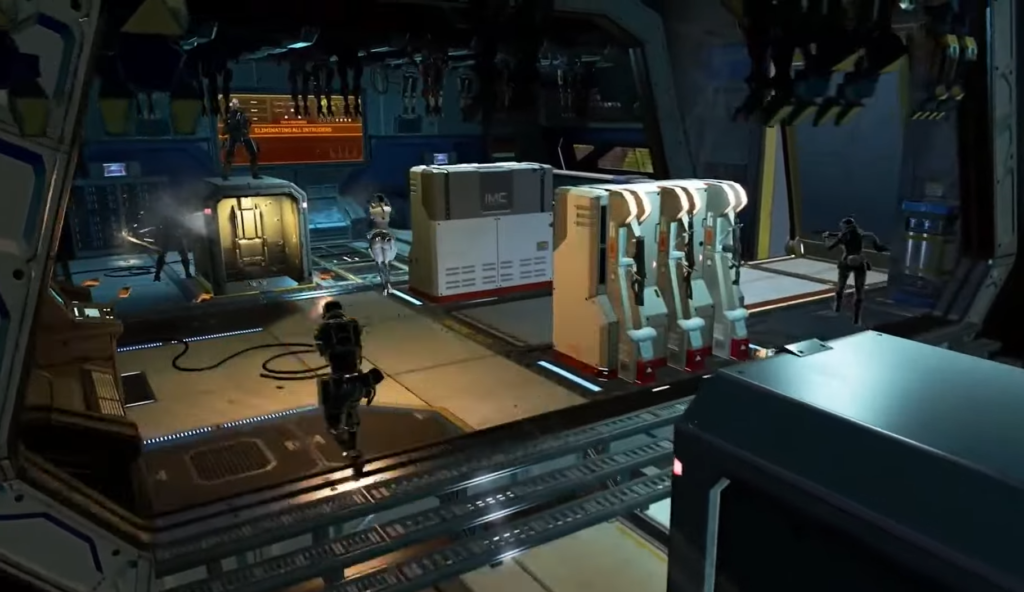 The full gameplay trailer drops tomorrow at 10am CT, with a more full look at the changes in store for season 13.