Send creatures on an adventure. 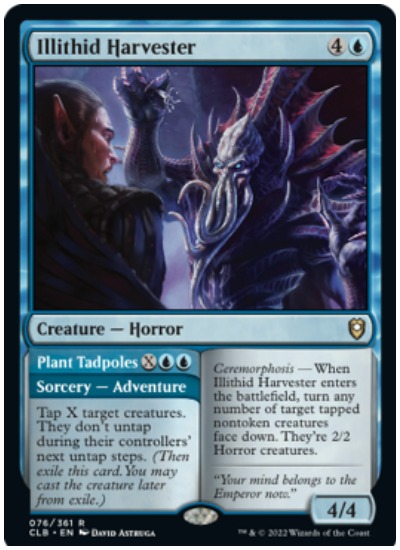 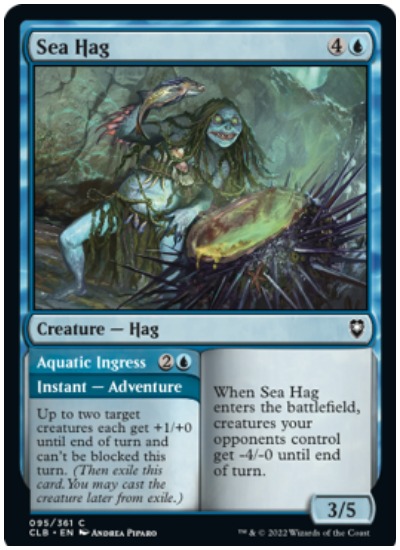 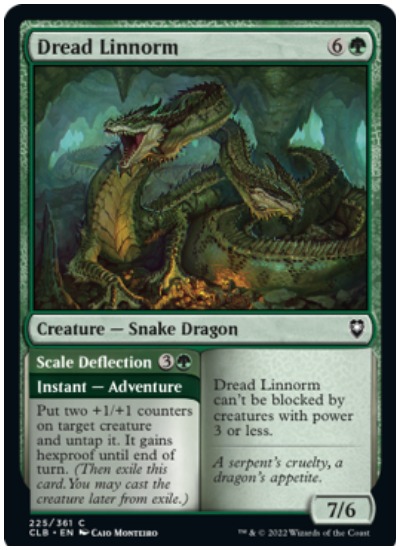 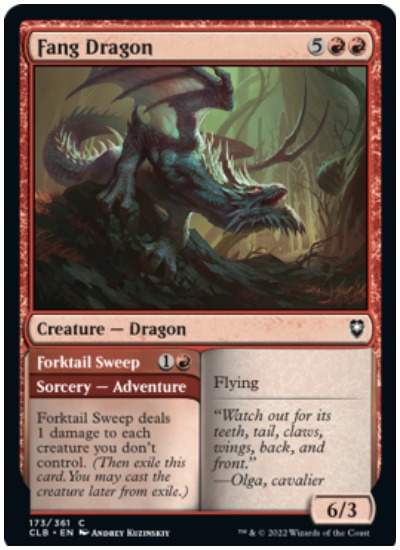 Commander Legends: Battle for Baldurs Gate is bringing back Adventure from Throne of Eldraine, a mechanic that produced some of Magic: The Gatherings strongest cards across every format.

Adventure is a subtype of Instants and Sorcery spells and is a versatile mechanic that gives creatures two-for-one value. Creatures can have an Adventure attached to them. Players can just cast the creature like normal, however, they also have the option to cast the Adventure spell. When the Adventure is cast, the creature then is exiled and can be cast from exile by paying its cost.

The original slate of Adventure cards from Eldraine was dominant in Standard and still sees play in other eternal formats. Cards like Bonecrusher Giant and Brazen Borrower are strong creatures with cheap, effective removal spells as Adventures. Cards like Lucky Clover had to be banned in Standard because of how strong getting multiple instances of an Adventure spell is.

Commander is more suited to supporting Adventure spells without it being format-warping because of the multiplayer aspect. It naturally reduces the power of single-target Adventures like Stomp that made Bonecrusher Gaint a must-have card in Standard.

A handful of lower-rarity creatures with Adventure were revealed during the first day of Battle for Baldurs Gate preview season. These cards were included with one rare, Illithid Harvester, that could make an impact on Commander and Battle for Baldurs Gate Limited. The set is scheduled for a worldwide tabletop release on June 10.

Illithid Harvester is a solid Adventure creature that has many of the qualities that players want out of spells with the Adventure mechanic. Plant Tadpoles is a solid early-game disruption spell that can slow down the tables aggro deck. It also scales as the game goes on. Plant Tadpoles turns into a way to tap down blockers for a game-winning alpha strike.

Illithid Harvester is a strong follow-up to Plant Tadpoles but is effective on its own. Turning creatures face down is a difficult-to-answer piece of disruption. While the opponent is left with 2/2 creatures, turning opposing commanders face down removes them from the game unless they can be removed somehow. Illithid Harvester can shut down many kinds of decks that heavily rely on their commander to function.

Other lower rarity spells with Adventure were revealed that will have some utility in Battle for Baldurs Gae Limited but wont have much impact beyond that. Sea Hag is a decent way to force attackers in with its Adventure Aquatic Ingress. But at five mana, Sea Hag is a little expensive, even for Limited.

Fang Dragon is a big seven-mana threat at common. This 6/3 trades with weaker creatures, but if the air is clear, it can become a real game-ending threat. It will be a great pickup in Limited because Forktail Sweep is a two-mana Sorcery that deals one damage to each creature you dont control. This is an effective way to clear the battlefield of tokens and small utility creatures.

Dread Linnorm is one of the best common spells with Adventure that was revealed. The four-mana Instant Scale Deflection puts two +1/+1 counters on a creature and gives it Hexproof until the end of turn. Its a combat trick that can also protect a key creature, like your commander, from a removal spell.

Dread Linnorm is also just a good creature. A seven-mana 7/6 that cant be chump blocked is solid, especially if Battle for Baldurs Gate ends up being a slow Limited format.