A skin sorting system could be coming to VALORANT

A new skin sorting system can be spotted in the latest VALORANT influencer build, possibly giving players a new way to sift through their skins.

VALORANT features dozens of skins for every weapon ranging from cyberpunk guns to fantasy-themed melee weapons. There is a skin to satisfy almost every player, and most players have multiple skins for each gun. 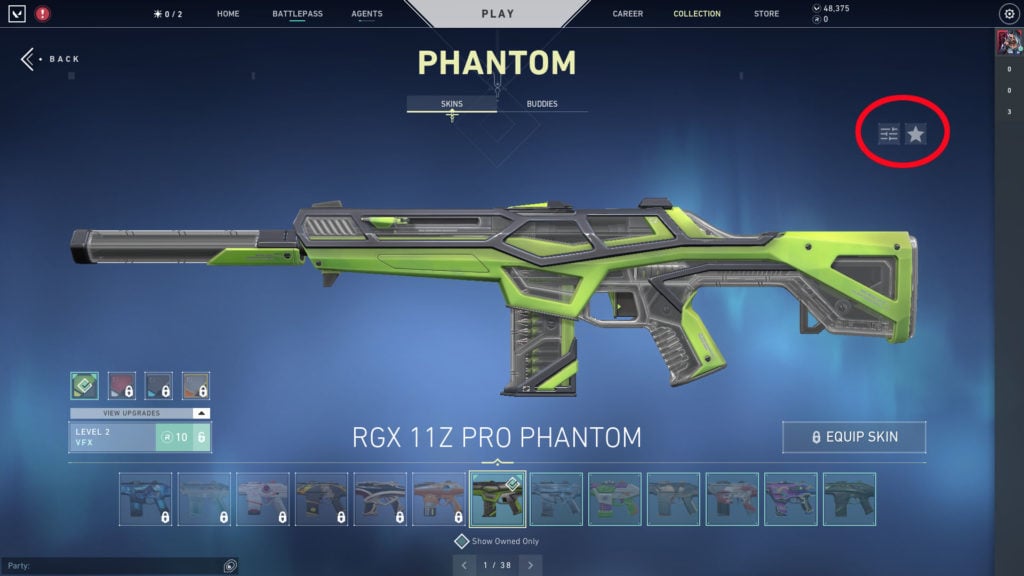 While having options is fun, sorting through each skin can be a pain, especially if youve accumulated skins since the game launched. A new sorting system appears to be on the way to help deal with this issue and to allow players to sort and favorite their collections.

Dot Esports was invited to an early build featuring Patch 4.08 to play Fade and experience other changes before the update hits the live servers. Tucked in the build is a new sorting feature that can be found when equipping weapons in your collection. After clicking a specific weapon, players can find two new options in the right corner of the screen: a favorite button and a filter menu. 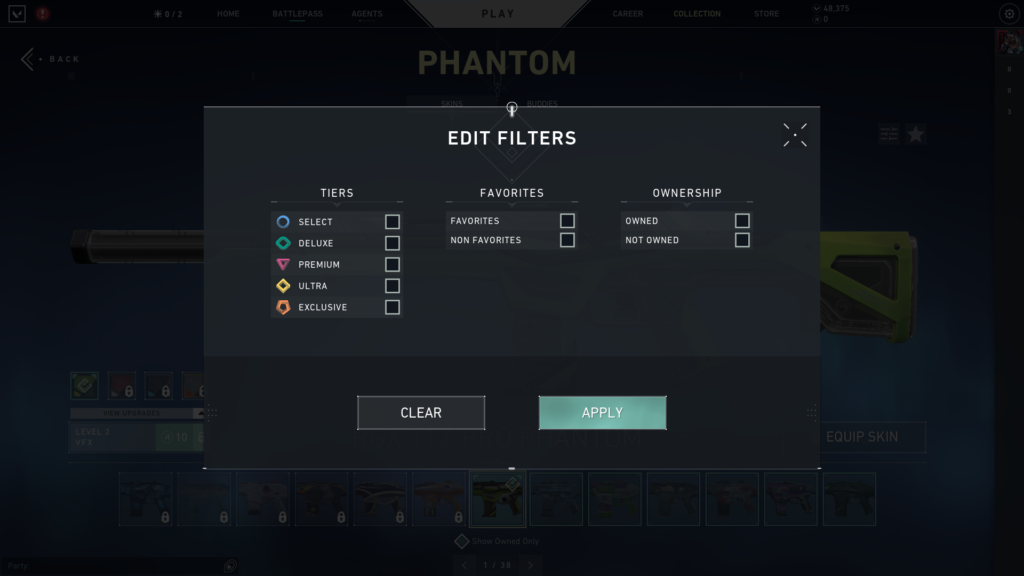 The filter menu includes the option to view skins in your collection by tier, ranging from Select to Exclusive. You can also sort by skins youve favorited and skins you own or dont own. Adjusting these filters can make finding the perfect skin for your weapon significantly easier without going through dozens of options.

It’s unclear if the new sorting system will appear in Patch 4.08 or a later update, but the feature will likely appear in VALORANT soon.

Latest comments
No comments yet
Why not be the first to comment?
Featured news
Valorant18 hours ago