A history of gaming mice

When first learning to drive a car, the wheel may not feel familiar, the pedals seem far away, and the stick shift is strange. Over time, these tools become an extension of the drivers hands and feet. Controlling them becomes second nature. Computer mice are the same for gamers. A mouse is a tool meant to be an extension of the user for more control over the device itself. Its user needs to consciously remember which buttons do which functions, but using the mouse becomes second nature over time.

This kind of design is no accident. Human interface courses teach that the user shouldnt have to think too much about how they are using a product. For example, the volume knob on a stereo is self-explanatory. People may even associate volume automatically with a knob. If asked to mime turning the volume up, its likely many people would mimic turning a round knob clockwise.

A computer mouse was one of the first in technology to go the length of becoming an actual extension of the users hand, arm, and fingers. It allows for more control while requiring little conscious decision-making from the user.

Designers of gaming mice are constantly working toward better, faster, more precise second-nature control for gamers. But it all had to start somewhere.

In the early 1960s, Doug Engelbart created a device that could be used to select options displayed on a computer monitor. The device was simply a wooden block with rolling wheelsone that moved vertically and one that moved horizontally. Around the same time, Telefunken, a German engineering company, designed a computer mouse as well, but instead of using wheels, they used a rolling ball, much like trackballs that are used in some mice today.

Engelbarts mouse was a wooden block covering the two wheels, where the user could rest their hand as they moved the mouse. A button perched in the corner to select an option on the monitor, and a white cable extended from the other side. The small tool sort of resembled a mouse, with the button resembling an eye and the cable resembling a tail. 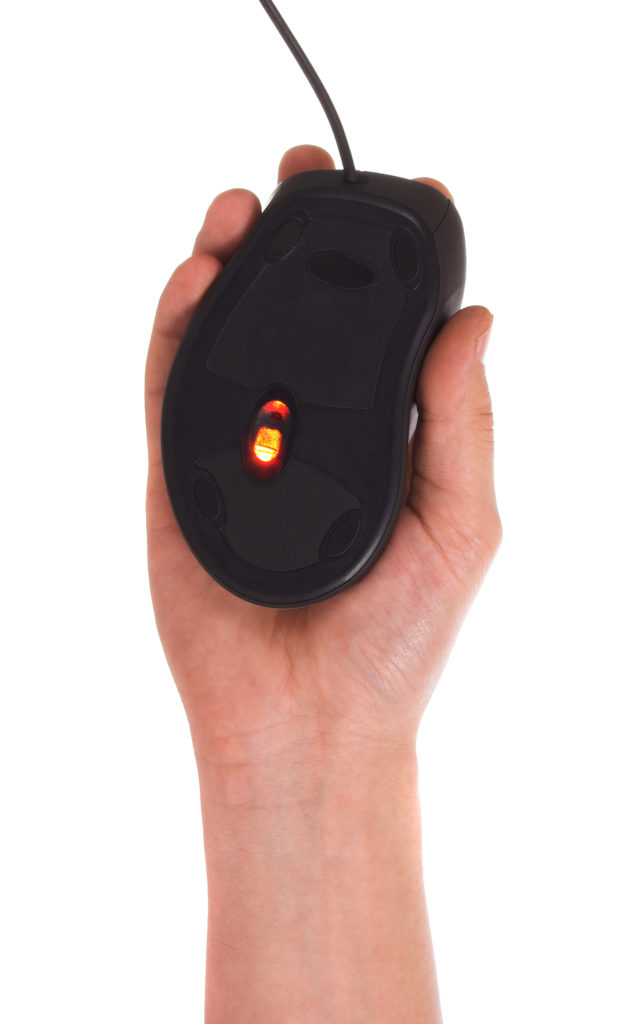 For decades, manufacturers made computer mice that used trackballs. More common today are optical or laser mice. In the simplest terms, optical mice take pictures of their surroundings to determine movement and relay that information as the cursor’s movement on a screen. Laser mice use light to do the same task.

Gone are the days of food crumbs and pet hair sticking to a trackball, causing blips in movement. Optical mice can slide across a surface without gathering particles like a trackball does. Optical mice also led to new designs for mouse pads since users no longer needed the same kind of friction to make their cursor move.

Computer mice have definitely glowed up, but it wasnt until the very late 1990s when a brand specifically designed a mouse for gaming.

The first mice made for games

Today, there are two main input methods people use to game: mouse and key and controller. Mouse and keyboard are the most commonly used for PC gaming. Early games on personal computers (PCs) were played with the keyboard keys alone. Game cabinets featured their own built-in controls, typically including a joystick and a few buttons, which resemble modern controllers.

A computer mouse made for gaming didnt come around until 1992 with the release of Mario Paint on Super Nintendo. With the purchase of this game, users also received a special mouse. Mario Paint requires its players to point and click to paint the images. This required more freedom of motion and precision for clicking, which the mouse could accomplish. 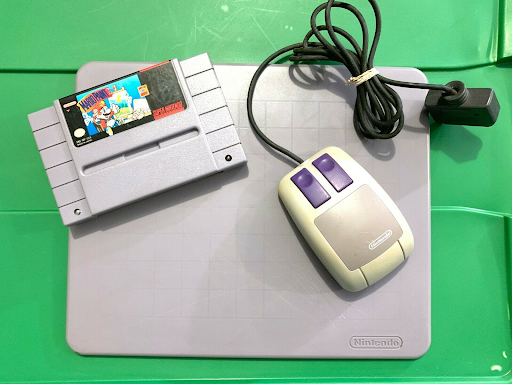 Other brands quickly followed suit. Later, in the 1990s, Sega released gaming mice, like the Shuttle Mouse, meant for several of their games, such as 3D Lemmings. All of these new gaming mice were similar in structure to Telefunkens mouse with a trackball inside.

Mice made point-and-click adventure games and creative building games more engaging and precise. Gamers had a better, more reliable extension of their own hand to take more natural control over their movements.

While Nintendo and Sega designed mice meant for playing their own games, another brand created the first mouse meant for competitive gaming. In 1999, Razer designed the Razer Boomslang.

Unconventional and innovative at the time, the Boomslang was the first mouse capable of 1,000 to 2,000 DPI, or dots per inch. In 2003, the Boomslang 2100 was released, presumably named this because it improved upon its older sibling with a DPI of up to 2,100. No one had ever engineered a mouse so sensitive, making Razer the pioneer of gaming mice. 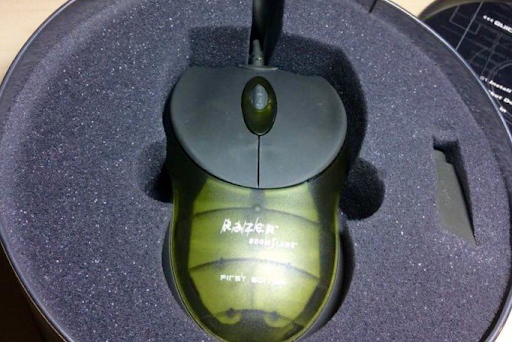 The Boomslang was designed to be a comfortable, ergonomic mouse that could facilitate hours-long gaming sessions. Shaped like a pear, the right and left mouse buttons were round, wide, and long, unlike most computer mice at the time. The buttons were slightly lower than the base, and its uncharacteristically large scroll wheel stuck out more prominently than a classic computer mouse. 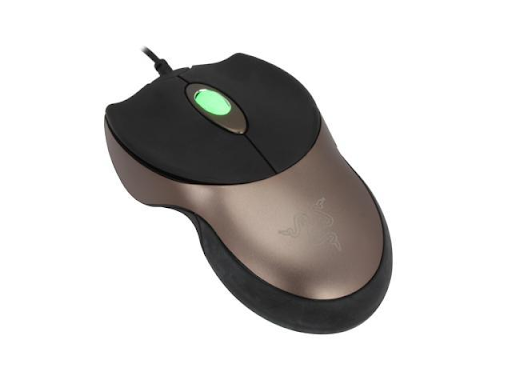 In 2008, Razer released a Boomslang Collectors Edition so gamers could nostalgically relive the first days of PC gaming. This CE version allowed for customization of mouse settings, personalized bindings, and polling rates.

At first, mainstream culture didnt see gaming as a serious industry. It was more like a hobby and one that apparently consumed people in unproductive, hours-long sessions. However, as we know now, gaming would give way to international esports and a billions-of-dollars industry. Today, gamers can choose the mouse perfect for their own gaming preferences from a wide, vast selection of brands and designs.

Companies like Logitech, SteelSeries, and the pioneering Razer continuously improve upon older designs of gaming mice. Optical and laser mice are the norm, and every gaming mouse is customizable, some even down to the color of light emanating beneath the plastic.

Technology has raced forward in the last couple of decades. While the rapid advancement of gaming mice is still charging ahead, each high-tech iteration is built upon a clunky wooden block with wheels. Who knows what kind of gaming tools we will use twenty years from now?

The post A history of gaming mice appeared first on Dot Esports.

How to check CPU temperature