Cataclysm would be the next logical release for the WoW Classic development team.

Blizzard Entertainment is floating the idea of a possible return to World of Warcraft: Cataclysm. The company sent out a survey earlier today asking players what theyd like to see from a possible relaunch of the game through the Classic WoW version of the franchise.

Originally released in 2010, Cataclysm was WoWs third expansion and would be next in line chronologically following Wrath of the Lich King Classic.

A survey gauging players interest on a possible re-release of Cataclysm was sent out by Blizzard today, with much of the surveys contents being incredibly detailed and focusing on what players want to see from a potential relaunch of Cataclysm. The full contents of the survey were obtained by WoW coverage site Wowhead.

The surveys first question pertaining to Cataclysm is what would you like to see the Classic team do next?

The survey then asks players what they liked and disliked about the original release of Cataclysm, as well as the features that would make them most interested to play a Classic version of Cataclysm. 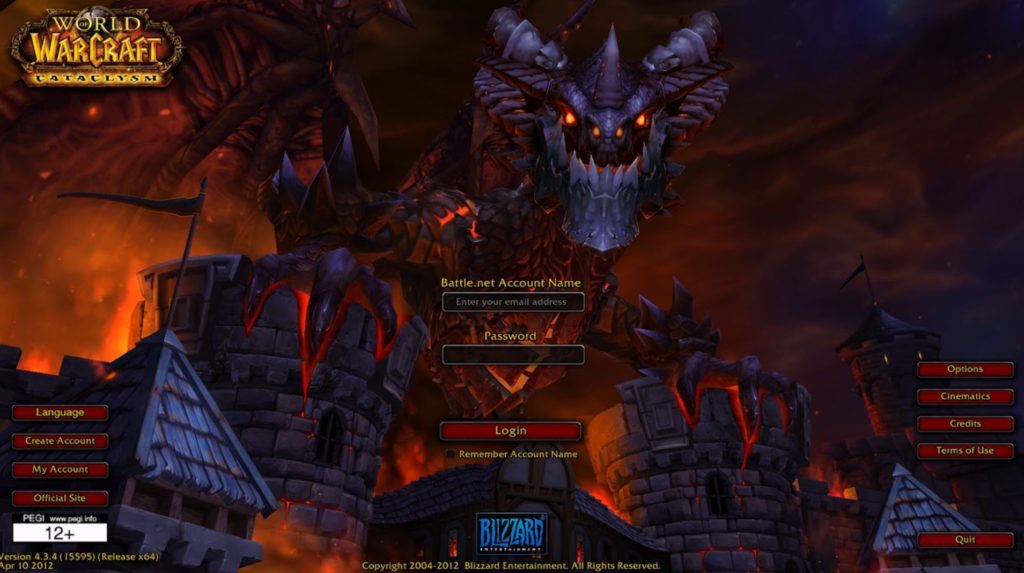 New features that were introduced to WoW in Cataclysm include Transmogrification and the Looking For Raid interface, two in-game additions that made a drastic impact on the game at the time of their implementation and are still noteworthy factors in WoW to this day.

For many players, Cataclysm served as the transitional expansion into the games modern age. With more player-friendly systems, including the Raid Finder, revamped leveling zones, and updates to PvP, Cataclysm is often regarded by WoW fans as the bridge between old WoW and new WoW.

The expansion was also the first to be released in the 2010s, which also assists in players more modernized view of the expansion in comparison to the games original three releases between 2004 and 2009.

It still remains unclear as to whether WoW: Cataclysm will receive a Classic release. WoW: Wrath of the Lich King Classic is set to release on Sept. 26. If Cataclysm is on the Classic dev teams radar, it likely wont release until 2023 or 2024.

Latest comments
No comments yet
Why not be the first to comment?
Featured news
World Of Warcraft18 days ago