The Phyrexians are ready for flesh beings to embrace their new identity.

New details of the Magic: The Gathering plane New Phyrexia were dropped today by Wizards of the Coast, showcasing what the plane looks like now and the horrors that await the planeswalkers attempting to stop Elesh Norn within the upcoming Phyrexia: All Will Be One set.

Scheduled to release through prerelease events that start on Feb. 3, Phyrexia: All Will Be One (ONE) set is the third part of a five-act Multiverse war between the Phyrexians and all living things. Attempting to stop Elesh Norn from invading the MTG Multiverse, the upcoming set will showcase 10 planeswalkers and their army facing off against the Phyrexians on their home plane of New Phyrexia.

Once known as the plane of Mirrodin, New Phrexia is the result of the Phyrexian takeover of the metal sphere plane. A glimpse into the world was revealed today by WotC during the ONE worldbuilding video, which showcased the nine layers of the plane and what the Multiverseses heroes will have to face in their upcoming battle. 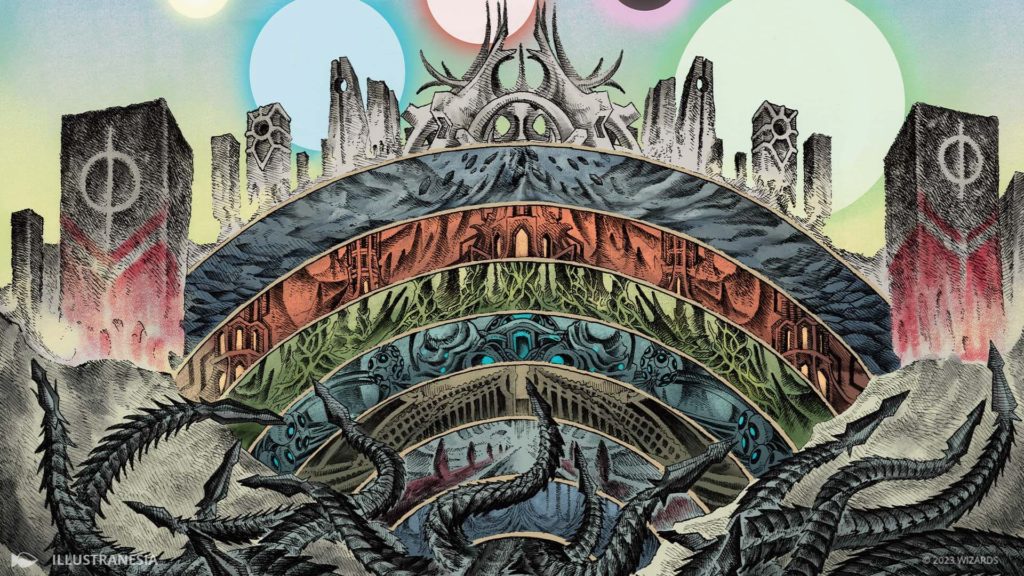 On the surface is a level called The Glorious Facade, whereas the inner layer, the Mycosynth Gardens, contains a seedling from the Kaldheim world tree that is becoming Realmbreakera Phyrexian world tree that will connect New Phyrexia to every plane within the MTG Multiverse.

Accompanying the ONE worldbuilding video today are two stories that can be read on the MTG website. And to flesh out the Phyrexians as a race, WotC created an entire Phyrexia alphabet and language guide.

Players can dive into the plane of New Phyrexia and the upcoming Phyrexia: All Will Be One set through its digital release on Feb. 7 through MTG Arena and Magic Online.

Latest comments
No comments yet
Why not be the first to comment?
Featured news
MTG5 hours ago