There’s no question the Esports industry has witnessed an exponential growth over the past decade. The industry isn’t just experiencing a boom in viewership, but it’s making billions in revenue. Sure, you could say that the increase in viewership has significantly impacted the revenue growth – but there are other equally significant factors involved. Some of the most renowned brands in the world now dominate the industry – heavily investing in Esports marketing. This article is going to discuss how bar owners can take advantage of the massive Esports community and host important Esports viewing events with the help of Cooldown.

Who Are These Fans?

While you’ll be surprised to know that the Esports viewership includes fans across the age spectrum. However, a majority of those fans are younger generations – Gen Z and Millennials, who have spectacularly made this “alternative” sport a big part of their lives. As a matter of fact, it’s quite safe to say that the future of modern sports bars and pubs may have to considerably adapt to catering Esports fans.

As per a comprehensive study into the Esports phenomenon, it was identified that there are some primary and typical qualities to most Esports fans. Most of them are young males and around 38% of competitive Esports players are males in the age brackets of 16-24 and many have at least played one professional tournament. The additional 35% of them were around the ages of 25-34 and participated in several tournaments across the globe more often.

The data on this is astounding – and much of it shows that 56% of Millennials (ages 18-35) are now completely interested in non-traditional sports like Esports tournaments and whatnot. This is absolutely huge! This presents a powerful opportunity for bar owners to start hosting popular tournaments and Esports events to attract fans across the country.

The Cooldown – Bringing Bars and Esports Together

It safe to say that most people have enjoyed watching various sporting events with their friends at the local pub. The kind of sports they watch doesn’t really matter more than the excitement and sheer joy that they feel. The noise, the electrifying environment, the suspense, the thrill – watching sports in bars or pubs is an exhilarating experience. 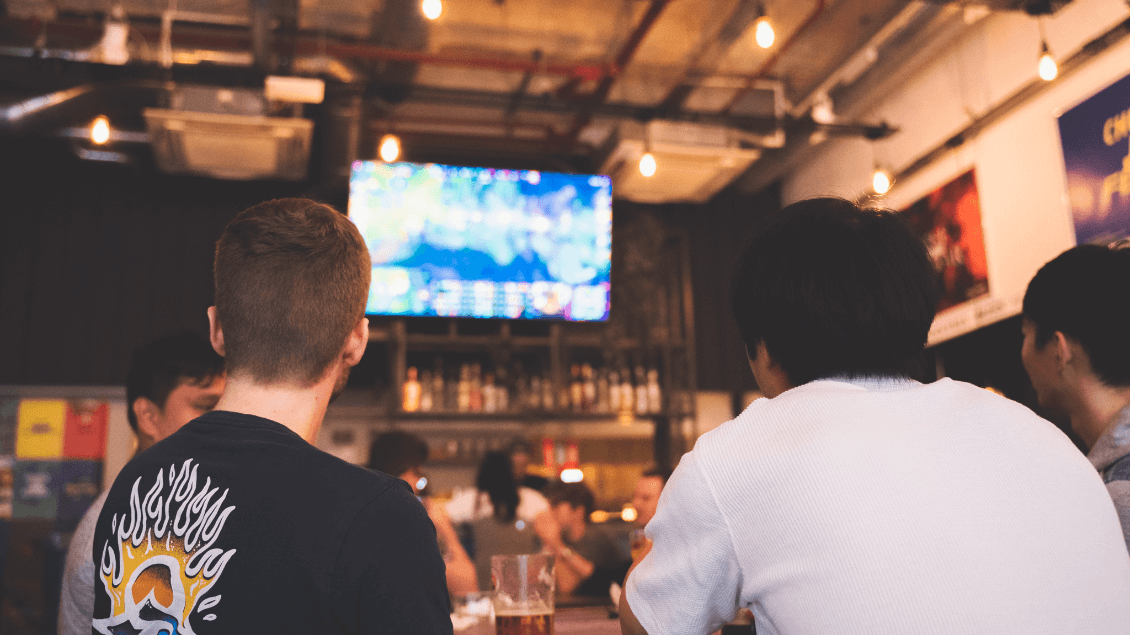 At the Cooldown, we feel that this sort of joy and fun shouldn’t just be limited to traditional sporting events. Cooldown is an exciting gaming platform that has given the world of Esports a brand-new avenue aimed at combining some of the biggest Esports events to traditional live viewing experience. Apart from hosting our own live events that feature the best amateur Esports talent such as League of Legends tournaments and the Pixel Bar Cup, we’ve gone a level up – partnering with different local pubs and bars to bring these events closer to home.

We provide live viewing opportunities to bar owners to host and organize Esports tournaments, enabling them to attract a wider customer base, boosting revenue.

We provide pub owners with a streamlined platform where they can easily organize a Esports event. You see, a majority of Esports fans either stream events and tournaments on their TV – via YouTube or they attend the events in person. Cooldown can enable you to bank on both these critical factors. We can help you organize an Esports-themed viewing event at your bar by helping you develop a gaming environment that will easily attract fans from across the city.

You can take advantage of the fact that your bar will be an exclusive location that offers live Esports streams, televising multiple events and tournaments across the globe. Cooldown will also help you gain exclusive access to popular Esports content, player interviews, and platforms that you can directly stream in your bar.

A Comprehensive Look into Hosting Esports Viewing Events and Parties

Live streaming Esports events and viewing parties were pretty common even before the Covid-19 outbreak. Fans tuned in to support their favourite teams almost every weekend as popular championships and events commenced, and thousands rushed to gaming arenas to cheer their teams and just have good time. Sure, it’s true that when the first Covid-19 wave hit and devastated the world, the government had no choice but to indefinitely suspend live events to limit the spread. But now as the world reels back and opens up, several countries have begun lifting restrictions – and pretty soon things will roll back to normal.

At Cooldown, we think there’s a silver lining to the pandemic in the sense that as quarantine restrictions drastically reduce thanks to people getting fully vaccinated, Esports fans look forward to attending Esports viewing parties while ensuring they’re socially distancing. More people will want to come out of quarantine and watch their favourite teams competing as a constructive and fun way to briefly forget about the present Covid-19 problems. There’s no question that Esports companies and organizers are rushing to get teams and fans back into gaming arenas.

The Overwhelming Boom of Esports Events

Some of the biggest companies have now jumped on the Esports bandwagon, investing millions of dollars in popular tournaments, both local and international championships. Some of the most renowned companies heavily vested in the Esports industry include the English Premier League, SK Telecom (the Korean tech giant), and Logitech.

Esports Teams are Getting Sponsorships Deals

Tournaments and a roster of some of the best teams in the world have now started getting lucrative sponsorship deals, media screen time, and broadcasting deals to popular events on a variety of digital and media platforms. Today, fans don’t just have viewing access on Twitch and/or YouTube, they can now view their favourite matches and teams on live TV. You’d be surprised to know that millions of people watch Esports events across the globe.

Moreover, some big names in the betting industry have also caught on to the Esports craze and have independently started organizing exclusive Esports tournaments. Some of the most well-known betting companies in this stratosphere include Spin Palace, Casumo, and BetWay. This is going to help further enhance the global Esports market, enabling companies to invest more into offering quality and exciting platforms for popular tournaments and events – best of all, they’ll offer a bigger cash prize and even more sponsorship deals in the future.

Professional gamers, competitive Esports teams, and even casual gamers have admitted the fact that hosting viewing parties at casual and social hangout such as sports bars and pubs will help significantly enhance the gaming community, resulting in various fans and players interacting and socializing. 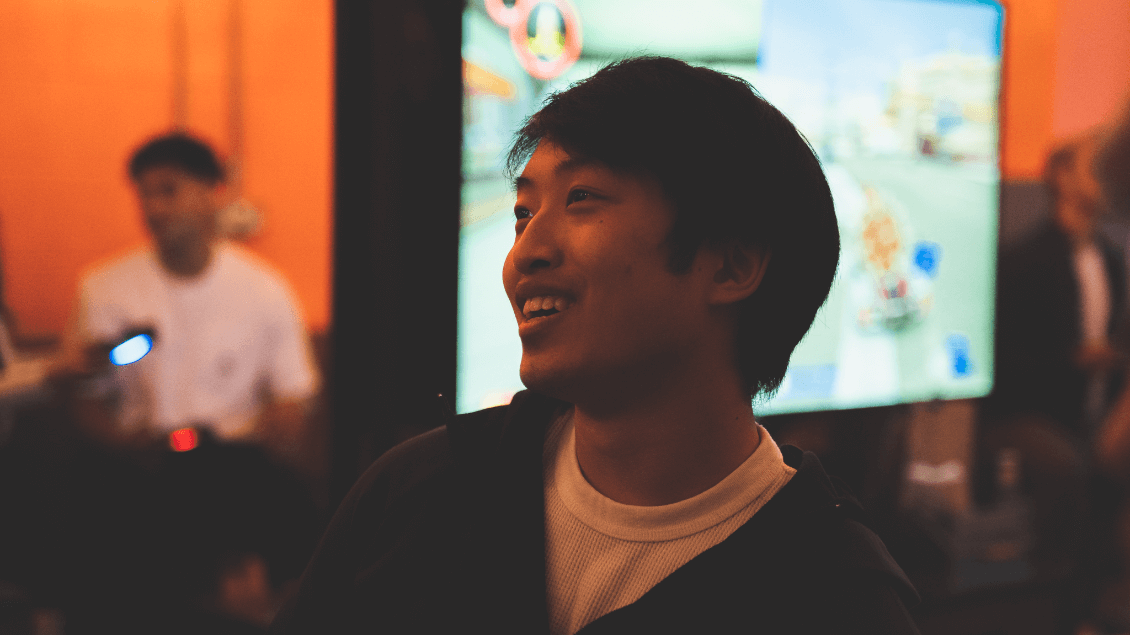 It’s practically the same as hosting live football matches – there will always be a need for fans to interact, cheer, and have heated discussions about their teams – analysing what their favourite teams can do to perform better and win matches! It’s an exciting experience – and one that comes with really cool advantages such as:

Like most of us, Esports fans absolutely love the thrill and excitement of socializing along with cheering their favourite teams. And there are no better places than trendy bars and pubs to do this! Like how hardcore football fans meet at their favourite pubs, Esports fans also look forward to having a popular place for socializing and having fun, and where can they do this? An Esports bar! We understand that this concept may be a bit new for traditional bar owners, but we can guarantee that Esports fans will bring a lot of cheering, screaming, and yelling to see their favourite Esports teams competing.

The Benefits Bar Owners Can Enjoy

There are millions of Esports fans across the world, all tuning in to watch Esports events and tournaments from home. Sure, as a bar owner, you may argue what possible benefit could you bank on if everybody’s at home. However, you have to think outside the box. For example, organizing an Esports event at your bar will just be like traditional sports watchalong.

People mainly come to bars and pubs to watch big sporting events and important rivalry matches. Esports is just the same. There are a variety of important tournaments and matches that most Esports fans will never miss. While it’s true that a lot of people prefer watching events at home, this trend is quickly changing as Esports is becoming more mainstream. Now, more and more people want a place they can comfortably hangout, socialize, have a couple of beers and cheer-on their favourite teams. This can potentially increase the influx of new customers to your establishment, generating additional revenue! It’s the perfect business model!

The biggest advantage of viewing parties to any particular Esports event or a Esports pub is the increasing accessibility for people who enjoy Esports but don’t get a chance to watch live streams at their favourite hangouts. You see, restaurants and cafes are yet to organize viewing parties, which means bar owners like you are at excellent strategic position to become a part of this raving and everlasting trend – and make some money out it! In addition to enhancing Esports exposure, bar owners will also be able to get lucrative sponsorship deals, helping them organize bigger events at their establishment and integrate newer services.

The Cooldown Platform to Organize Your Very Own Esports Viewing Party

In all, hosting an Esports event at your bar is an awesome way of giving back to the world of gaming and the Esports community – not to mention, it’s an excellent way to market your establishment and earn big profits.

On behalf of the Cooldown team, we’d like to thank you for taking the time for reading this article. Feel free to reach out to us whenever you want – we’d love hearing back from you and look forward to your feedback. You can reach us via E-mail.

Moreover, if you’re considering organizing an Esports viewing event in the near future, do make sure to subscribe to our newsletter to get timely notifications on upcoming events.