How Esports Viewing Parties Could Give Your Bar a Boost

Know more about viewing parties and how we could help you take a dive in growing Esports pool.

The global Esports scene is gigantic. We’re not exaggerating! Right now, over 470 million people tune into Esports regularly - at home, at events, and even in bars and clubs. That figure’s only growing, too - with Esports viewing parties taking off in the past decade.

Not everyone heads to their local clubs to watch football, rugby, or boxing, and Esports are more than ‘just video games.’ They’re not just about watching your friends play FIFA or Call of Duty. Esports are amazingly competitive - only the best of the best stands a chance of winning tournaments. That takes more than just being quick on the D-pad.

It’s clear that Esports are a phenomenon that will continue to grow in popularity deep into the new decade. But what might that mean for your bar? What if you’ve never heard of Esports before - what could viewing parties bring to your pub or club? Read on, and we’ll break it all down for you. 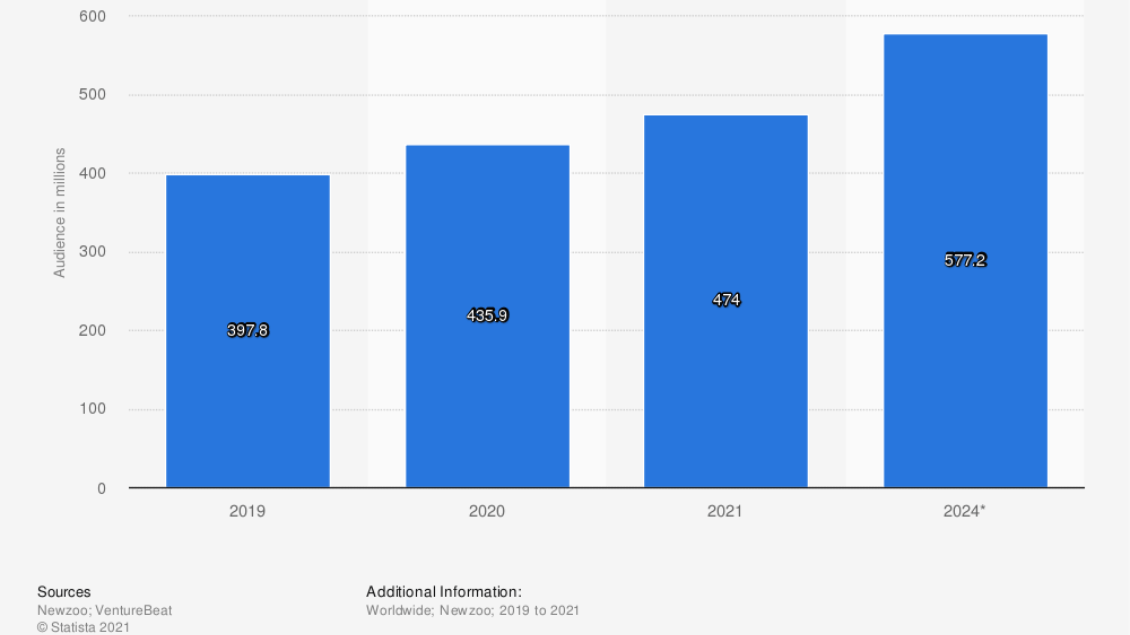 Esports Viewing Parties… What Are They?

Just as you’d set up an event for the football world cup or pay per view fights, the same applies to Esports. Viewing parties give people the chance to get together and watch something a little bit different. What’s more, you never really know how exciting these events can be until you try them for yourself.

Popular Esports brands such as CS:GO, League of Legends, DOTA2 and Fortnite are just a few key examples. These are games that have massive online communities, and they’re bleeding out into the mainstream. By May 2020, over 350 million people registered to play Fortnite alone. That number is continually rising.

This is a passionate demographic - people aged between 21 and 35 - who are more than just ‘casual’ gamers. Esports fans aren’t kids sat on their PCs and consoles. This phenomenon stretches far beyond the bedroom, and bars like yours are waking up to this!

Esports viewing parties don’t have to just focus on the big events. Hosts might set up nights to show off random deathmatches, while others might showcase the whole of a tournament. The point is, there’s a market for Esports in UK bars - and now is the time to open your doors to it. Want to know more about Viewing Parties?

What’s In It for You?

Right now, we’re approaching a massive wave of interest and participation in Esports. That goes for athletes as well as viewers and fans. Therefore, while you might not think there’d be much interest in your own local event, you will likely be surprised. When you advertise on Cooldown, too, you get to pitch directly to people who want to get involved!

For you, Esports events mean big business. Regular events listed online will pull interest not only from your local area but far and wide, too. For a minimal investment, you can expect to make regular money from events that might otherwise fly under the radar. That means an increase in drinks sales and bigger brand awareness for your bar or club. It’s a win-win situation.

From Cooldown’s perspective, we see the engagement of more than 10x what you’d expect from other audiences. This is a demographic that’s thirsty for Esports to go fully mainstream, and you’re at the frontline for its success. More than 50% of Esports events attendees will come back for future parties - that’s pretty firm return business.

Let’s also tap into beverage sales. 36% of adult UK gamers drink beer, on average, while watching Esports. For soft drinks, it’s 55%. These aren’t figures you should be ignoring - they’re ready for you to tap into.

You can host Esports viewing parties all year round. There’s no lull. Therefore, if you are ever short on a sporting event to pull in midweek customers or a Saturday evening, Esports is the way to go.

A Huge Variety of Sports

Again, the biggest misconception is that Esports are ‘just videogames’. Yes - many of the most popular Esports are those people play at home. However, on the competitive stage, these games become genuinely electric! It takes years of dedication to become a top Esports athlete. It’more skillful than you might imagine, to triumph at 100 player battle royals - and it’s fascinating to watch.

There’s also a wide variety of different Esports to pick from. There’s RTS (Real-Time Strategy), where two players strategise to beat each other in virtual battles. StarCraft, for example, is a big draw in this field.

MOBAs, or Multiplayer Online Battle Arenas, are growing ever-popular, too. The most popular game in this line is League of Legends - every event is slightly different! Of course, you can include battle royal such as Fortnite in this equation, too.

FPS games, or First-Person Shooters, also have vast followings. Call of Duty and CounterStrike aren’t just casual shooters you can play at home. They pull interest from far and wide - and CS:GO, in fact, remains one of the most popular titles with punters.

That’s only scratching the surface. PVP games, such as beat-em-ups, pull big crowds, too. Esports give participants the chance to try their skills against potentially hundreds of other entrants to claim some serious prize money.

As you may imagine, that all adds up to a fantastic atmosphere at viewing parties! Why not get your bar involved in the fun?

Interested in Setting Up Esports Viewing Parties of Your Own?

We really can’t blame you. Here at Cooldown, we want to connect Esports fans and bars up and down the UK. More and more independent and chain bars are getting into the Esports events scene - could yours be next?

Since May 2021 alone, we’ve helped set up and run more than 80 exclusive events up and down the UK. Not only that, but we’re pleased to supply these events with FREE stock to help you promote your parties. You’ll expect an uplift in sales and interest akin to that you’d get with Premier League matches. We see these figures - and we’ll happily share them with you.

Now is the time to dive into Esports! Even if you’re entirely new to competitive gaming, we’ll help you pitch your Esports viewing parties to the masses. Discover more about how to create an event.